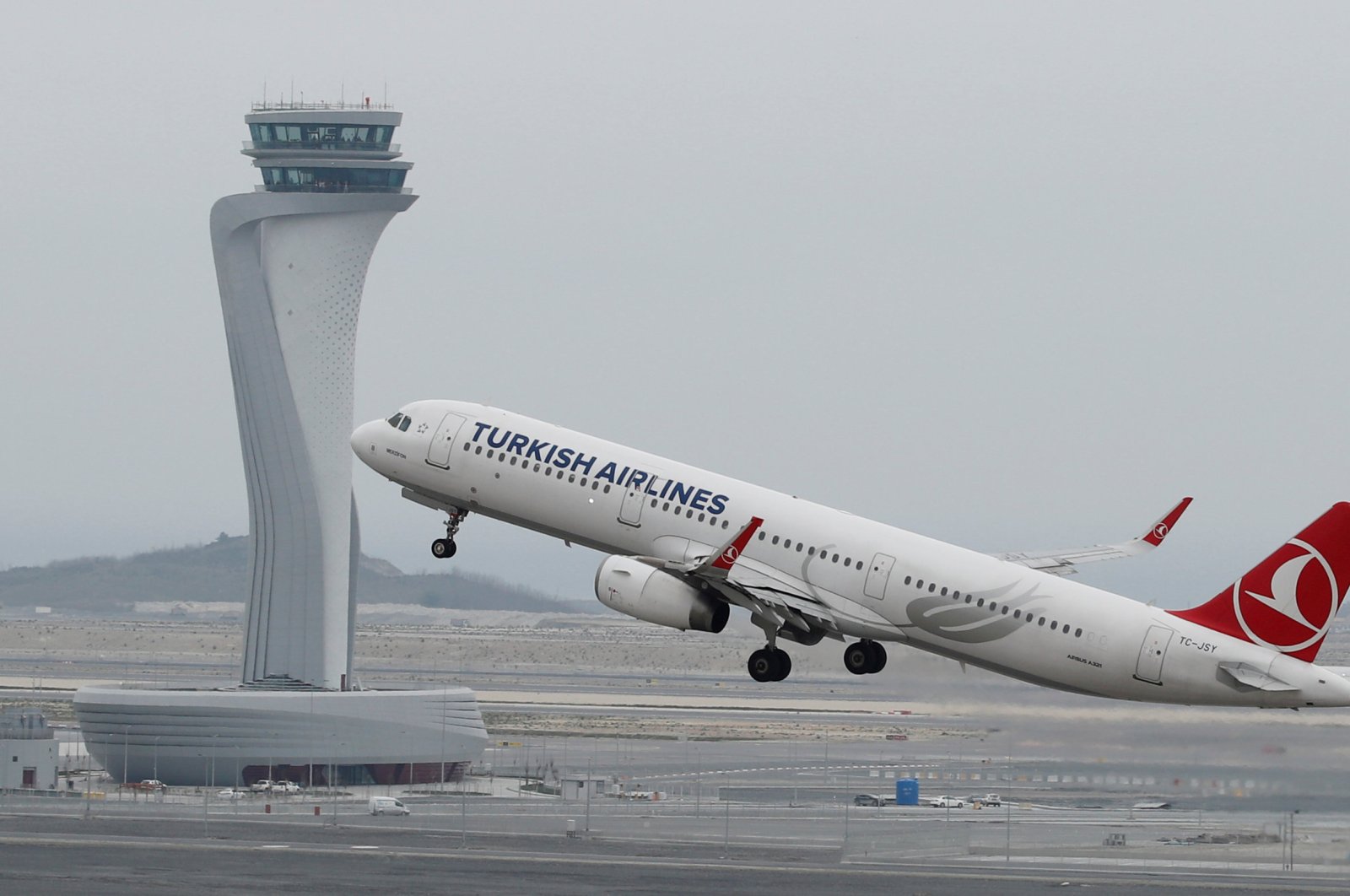 Turkey announced the resumption of a limited number of domestic flights starting Monday, June 1 as the country eases restrictions imposed since March to contain the coronavirus pandemic.

The country’s Transport and Infrastructure Minister Adil Karaismailoğlu said Saturday that the first flight will be from Istanbul to the capital city Ankara.

Other flights will be conducted from Istanbul’s airport to three other major cities, southwestern Izmir province, the Mediterranean resort city of Antalya and Trabzon, off the Black Sea.

Flights to other cities are expected to restart starting Wednesday, June 3 according to the statement.

"Enough of this longing! As of June 1 we will be in the skies again, where we belong," tweeted Turkish Airlines' spokesman Yahya Üstün.

Among other things, the app – called Hayat Eve Sığar (Life fits inside the home) – confirms that the passenger is neither sick nor being monitored for the virus.

Turkish Airlines and SunExpress, its joint venture with Lufthansa, announced previously that they would restart domestic flights on Thursday, June 4, and international flights in mid-June while a new statement by SunExpress said it will resume flights on the first day of June in line with the lifting of restrictions.

“Following a two-month travel ban to avert the spread of COVID-19, SunExpress will gradually resume its domestic flights on June 1, taking all necessary precautions to ensure the safety and well-being of its passengers and crews,” the company statement said, noting that they will offer five weekly flights from Antalya to Adana, four weekly flights to Diyarbakır, two weekly flights to Gaziantep, Trabzon and Van, and one weekly flight to Samsun and Kayseri.

The budget airline, Pegasus, also said it will resume flights on June 1. Its first flight will take off from Istanbul's Sabiha Gökçen Airport for the western province of Izmir.

Pegasus has scheduled flights from Sabiha Gökçen to İzmir, Antalya and Trabzon within the framework of the destinations determined by the General Directorate of Civil Aviation for June 1-3, a statement by the company said.

Pegasus Airlines General Manager Mehmet Nane said: “We continued to receive our new aircraft, improved our qualities and prepared for the new period. We continued our work without interruption for the days when we will meet our guests again. And we are happy that we have our first flight on June 1 after the restrictions.”

The spread of the virus suspended touristic activity from March as Turkey was quick to close its borders and halt flights and other modes of transportation.

Several other measures will be eased starting Monday, including the lifting of a travel ban on the 15 hardest-hit cities such as Ankara and Istanbul.

Cafes, restaurants, parks, gyms and museums will reopen as well.