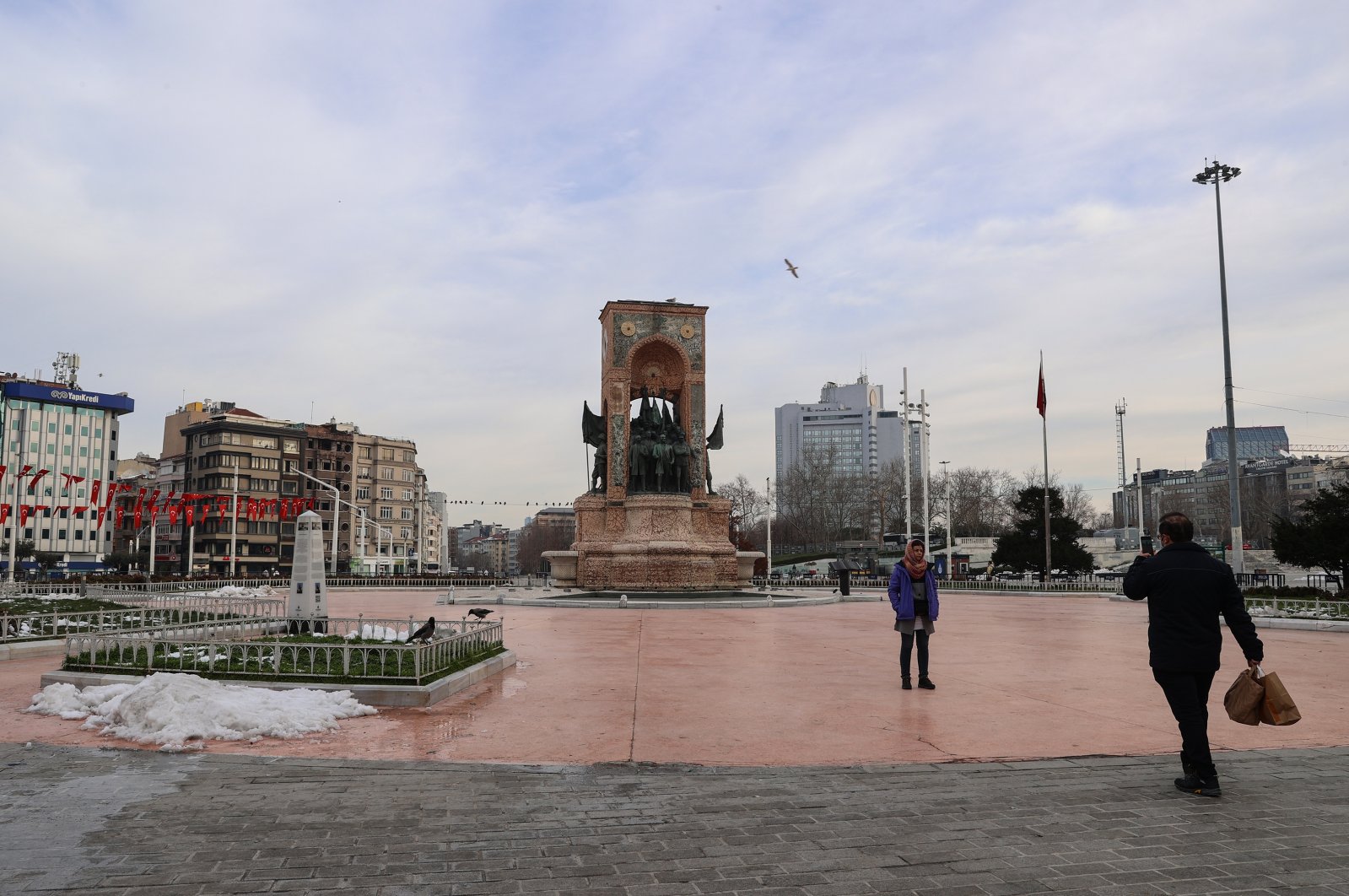 Turkey will start to gradually normalize from coronavirus restrictions as of March 1, Health Minister Fahrettin Koca said on Saturday.

Underlining that they are working carefully on the steps, Fahrettin Koca said on Twitter that the process will start with provincial public health councils dealing with four risk levels in line with Health Ministry criteria.

Announcing earlier this week an easing of restrictions starting in March, President Recep Tayyip Erdoğan said provinces will be categorized as low, medium, high or very high risk based on infection rates and the vaccination process.

Koca, who hinted at the new process one week ago, previously underlined that an all-out removal of restrictions is out of the question, but all 81 provinces of the country will be assessed for risks they face. Thus, in order to lift restrictions, the vaccination rate should be high and the number of cases should be low.

Speaking to Sabah newspaper’s Ankara Bureau Chief Okan Müderrisoğlu, Koca said provinces at very high risk will be coded “red.” High-risk provinces will be “orange,” while medium-risk areas will be “yellow.” “Blue” indicates the lowest risk, and normalization will start first in those provinces. Color-coding will be in force as of March 1.

The ministry is still working on criteria for relaxing measures. Blue provinces will be those where the number of cases is between zero and 11 per 100,000 people, Yellow from 11-35 and orange from 35-100. Provinces with more than 100 cases per 100,000 people will be coded red. Koca explained: "For example, the number of cases in the capital Ankara is 35 per 100,000 people, or in other words, we have daily cases of around 275 for a population of 5.5 million people. This number is 1,925 weekly. Therefore, Ankara is somewhere between low-risk and risky. A controlled normalization can be considered for Ankara, especially in a change of curfew hours and reopening of restaurants and cafes,” the minister said.

He said the lifting of both weekday and weekend curfews will be considered for provinces in the blue category. Currently, only Hakkari and Şırnak in the southeast are in the blue category. Şırnak has an average of 7.82 cases per 100,000 people, while Hakkari has 9.55, according to figures from Feb. 8-14. Istanbul, the country’s most crowded city with a population of over 15 million, has 60.19 cases per 100,000. Trabzon in the Black Sea region had the highest number, at 228.02, according to last week’s figures, and it is followed by three other Black Sea provinces.

“The decision process on lifting restrictions will be dynamic. If the outbreak figures are high for two to three weeks in a province, but the number of cases is very low in its neighboring provinces, travel restrictions from those provinces to the province with the high number of cases can be restricted,” Koca added.

Public health boards formed by local governorates will be in charge of lifting or tightening restrictions. “Local administrators and the public have to exert efforts to curb the numbers,” Koca said.

Turkey has started announcing weekly average case numbers for each of its 81 provinces, and the minister says this period was chosen because of diagnosis and testing processes. “A person diagnosed with COVID-19 sometimes tests negative in a second test done a week later,” Koca said.

“What we really want is to make citizens stand up against the outbreak and (adapt to measures),” Koca underlined. “We desire to increase the sensitivity and responsibility of citizens at this point. We want to motivate them to affect the results of measures. Thus, the perception that the restrictions are arbitrarily imposed will change. We now have standards, and our citizens can see that they have the power to change the rules and relax the restrictions,” he added.

Once every two weeks, the restrictions will be subject to revision based on the course of the cases. “A province whose status was upgraded from yellow to red should be aware that the restrictions may return. Business owners can also make preparations to shut down or reopen based on how a province fares in the number of cases,” Koca said.

Turkey received its first shipment of COVID-19 vaccines on Dec. 30 and gave them an emergency usage approval on Jan. 13, one day before administering them to health care workers.

Hospitals and clinics across Turkey have been busy lately with the inoculation movement. More than 2.8 million people have now received the vaccine as part of the drive, and health care workers, who were first to receive jabs last month, started receiving their second dose of CoronaVac. The inactive vaccine produced by China’s Sinovac is currently the only one available in the country, but it will receive its first doses of the messenger RNA (mRNA) vaccine developed by Pfizer-BioNTech later this month.

While health care workers received their second jabs, last Friday, people aged 65 or above received their first shots. The country's oldest citizens were vaccinated with their first jabs shortly after the first doses were administered to health care workers. After completing the vaccination of senior citizens, the country will move to age-independent vaccination in the next phase of the plan. These people include soldiers, police officers, teachers and people working in sectors critical for daily life, from logistics to the food sector. Inoculation is also planned this weekend for members of the Cabinet, in a bid to set an example for the public. Vaccine skeptics and anti-vaxxers thrive on social media, looking to deter inoculation, though surveys show a large majority of people are willing to be vaccinated.

Turkey on Friday reported 7,419 new coronavirus cases, including 638 symptomatic patients, according to the Health Ministry.

The country's case count passed 2.62 million, while the nationwide death toll reached 27,903, with 82 fatalities over the past day.

Since last December, Turkey has been implementing curfews on weeknights and partial lockdowns on weekends to curb the virus's spread.

Since December 2019, when it first emerged, the pandemic has claimed more than 2.45 million lives in 192 countries and regions.

Over 110 million cases have been reported worldwide, with recoveries now passing 62 million, according to figures compiled by the U.S.' Johns Hopkins University.