Turkey plans to vaccinate 13 million by March against COVID-19 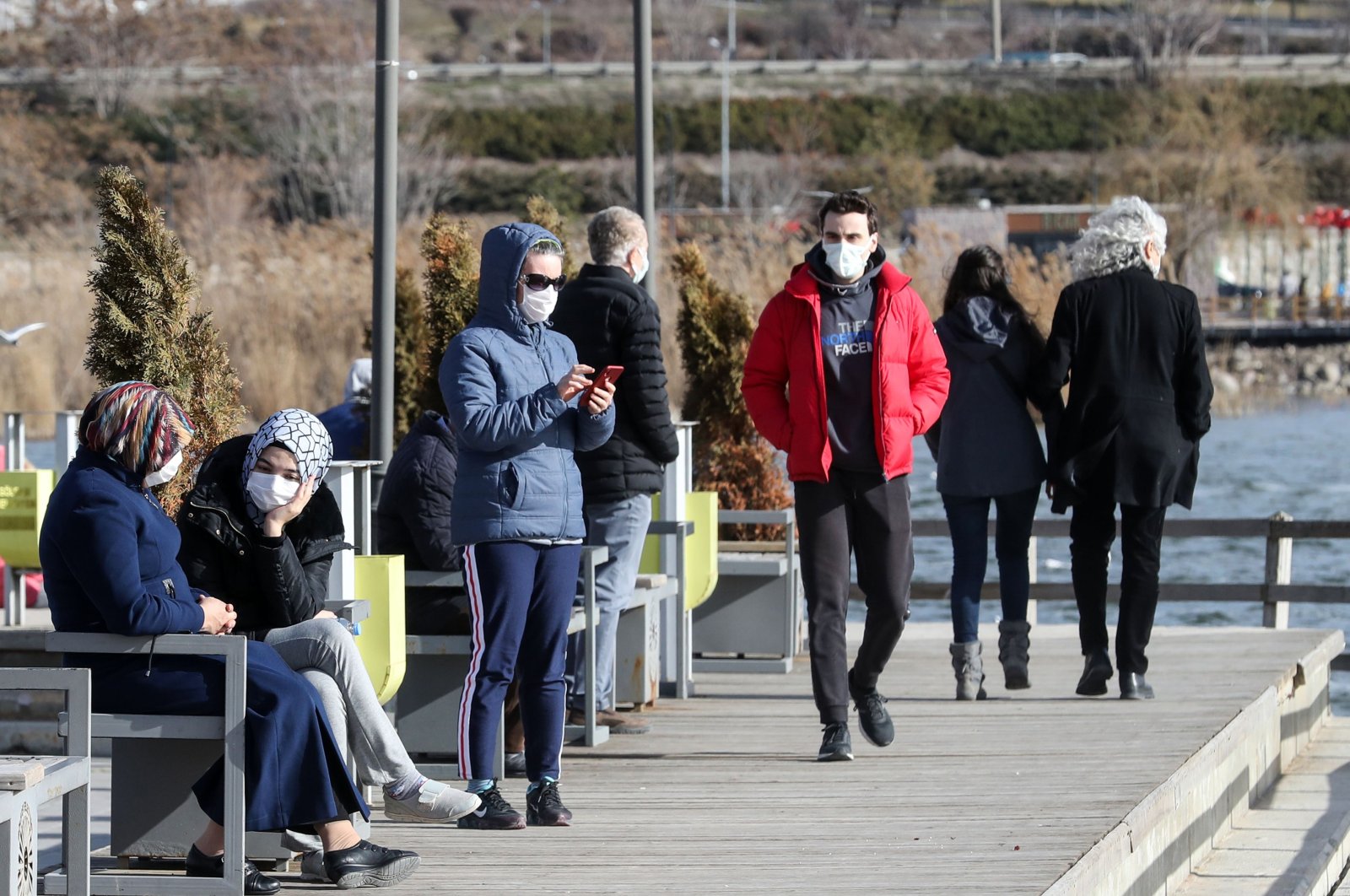 Amid concerns over mutations of coronavirus that may prompt new restrictions, Turkey plans to inoculate 13 million people by late March, the month in which the impact of new virus variants will become evident

As virus variants spark concerns over a potential new surge in COVID-19 cases, authorities seek to speed up the vaccination process which started last month. By the end of March, the inoculation drive is expected to reach 13 million people, a number that seems attainable, given that Turkey has already delivered shots to more than 2.8 million people so far.

The vaccine, although not effective in the short run, may at least curb the number of new cases, if combined with ongoing measures, according to experts. Measures remain vital as ever, as the country is now embattled with new variants from the United Kingdom, Brazil and South Africa. A total of 199 cases stemming from variants have been reported so far, in 17 provinces. The mutated virus is suspected of being a factor in the slight rise of daily cases recently, though it is still unclear. Authorities, in the meantime, plan to implement regional restrictions, based on the course of the outbreak while an all-out, nationwide lockdown is out of the question for now, according to media outlets.

Experts say the impact of variants, that worsened the pandemic in Europe, will only be visible next month, due to the incubation period of the virus that takes weeks. In Europe, for instance, the surge in new cases was reported within four to six weeks after the report of the first variant case. Turkey managed to decrease the number of daily cases from around 30,000 to around 5,000 in the past few months. Fatalities, in particular, now fluctuate around 100 per day. Yet, an occasional uptick in daily cases drove authorities to mull new measures and analyze whether the variants have a role, including an extra test for positive patients. However, the main reason for fluctuations in daily cases is increased mobility during the semester break for schools according to authorities. The break, which started last month, saw families with children heading to vacation resort towns or visiting relatives elsewhere.

March is critical for Turkey as warming weather will likely lead to more people going out. This may be helpful for the country as infections tend to be less common outdoors, than in enclosed environments with little ventilation which people prefer during winter.

Turkey is also counting on CoronaVac that is being used for mass inoculation. Developed by China’s Sinovac, the vaccine is deemed more efficient compared to other vaccines as it is an inactive vaccine which already proved beneficial for other diseases. Experts say inactive vaccines have a greater chance of being effective against new variants.

As CoronaVac is currently the only available vaccine for the population, questions surround its efficacy. The Health Ministry had issued emergency approval for the vaccine after meticulous testing at the ministry’s laboratories. Professor Serhat Ünal, a member of the ministry’s Coronavirus Scientific Advisory Board, says no deaths associated with the vaccine were reported so far in the world. Ünal told Demirören News Agency (DHA) on Wednesday that the vaccine had no serious side effects. “Phase III trials had proved it had no life-threatening side effects and most common effects are pain on the spot where the shot is given, a temporary fever and fatigue,” he said.

Ünal underlined that Health Ministry crews were closely monitoring the vaccination process against any side effects. He assured the vaccine, both CoronaVac and others in use abroad were safe although they may not be 100% efficient. “Every drug, every vaccine carries a certain amount of risk but vaccines’ benefit trump any side effects. They have been in use for decades and worked on many diseases. They may not be fully efficient but are adequate enough,” he said.

Vaccines can offer protection for those not infected yet but COVID-19’s impact on recovered patients appears to linger. Professor Tevfik Özlü, another member of the Coronavirus Scientific Advisory Board, says recovered patients had symptoms even a few months after recovery, a situation commonly referred to as "long COVID." “The course of the disease is unusual,” he told DHA.

Among symptoms seen in recovered patients are fatigue, coughing, chest, back pains and respiratory problems. “Almost half of our patients now are those recovered from COVID-19 but suffered from its fallout,” Özlü, who serves as a doctor at a hospital of Karadeniz Technical University (KTÜ) in the northern province of Trabzon said. “Their most common complaint is shortness of breath while walking or moving. Their lung imaging shows permanent changes or changes left by coronavirus which did not improve in months. Blood tests for some patients still show positive findings for a reaction to COVID-19. We are monitoring them to make sure they are fully recovered,” he says.

Özlü acknowledges that the coronavirus is not a simple disease and does not resemble common pneumonia. “Its impact is unusual too. Some patients are worried that they will never fully recover but mostly, their symptoms disappear in time. We are still studying whether the fallout of coronavirus will permanently affect their health,” he added.