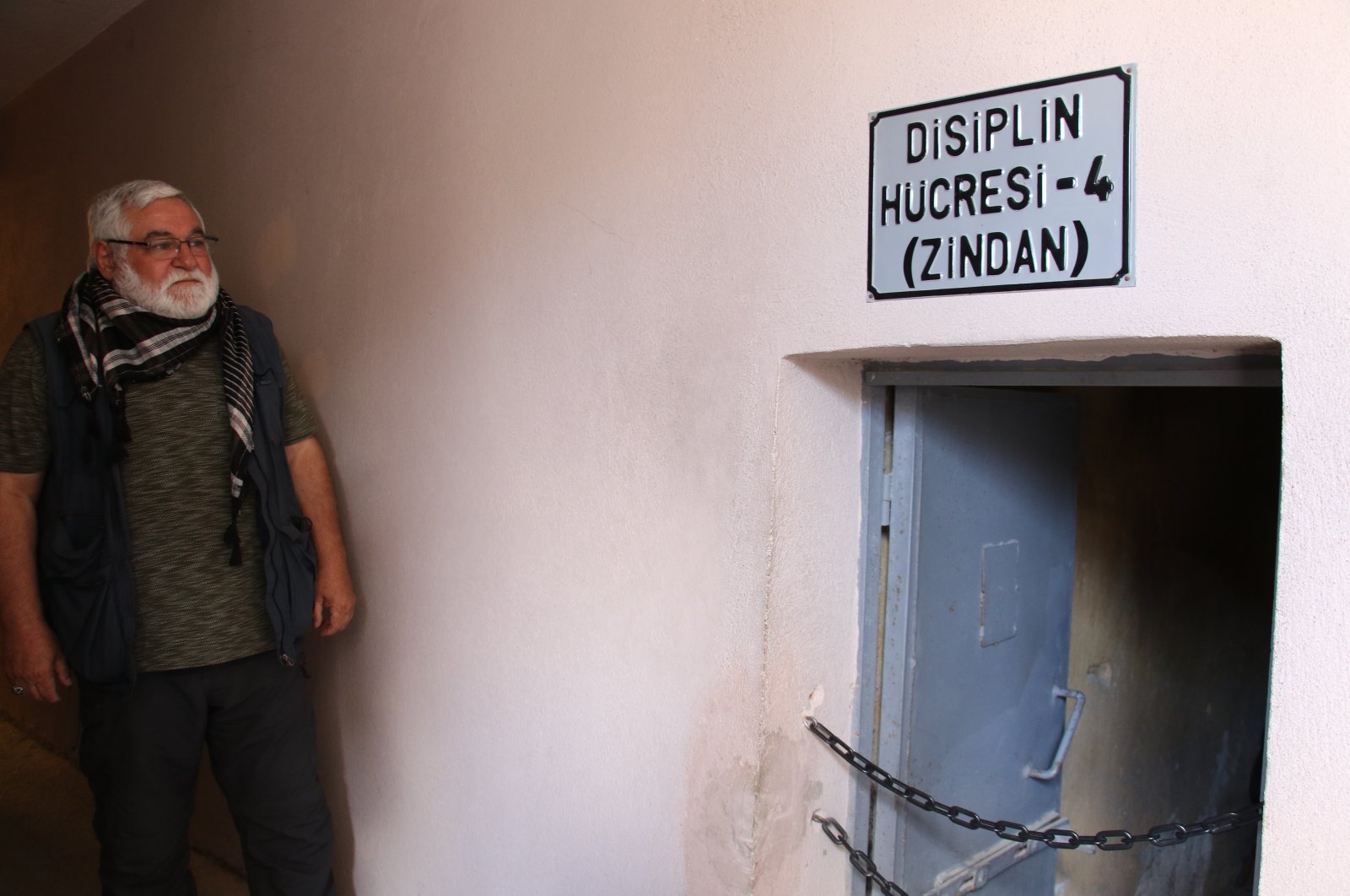 Mahir Damatlar was in his 20s when a new, dark era began in Turkey’s democracy. He does not talk much about his days during the notorious coup of Sept. 12, 1980, but he vividly remembers what happened to others. Damatlar visited Ulucanlar, an infamous prison that now serves as a museum in the capital Ankara, on the 41st anniversary of the bloody coup and recounted this gloomy chapter in the lives of millions.

Damatlar was among the thousands of people rounded up by the military junta and subjected to torture and long stints in prison. He spent years in various institutions across the country before he was finally released. Now in his 60s, in his younger years he was a prominent member of the “Idealists,” a club of nationalist youths. This political affiliation was enough for the junta, which also targeted many in left-wing factions, to lock him up. Some were hanged, others were released after lengthy, traumatizing torture sessions and the rest were kept in prison for years without any substantial charges being brought against them.

The 1980 coup was the biggest after a similar uprising in 1960 that led to the execution of the country’s prime minister, though it would not be the last as the military would seize power whenever it deemed "appropriate." Unlike the 1960 coup, however, its primary victims were young activists on the fringes of the left and right. The junta had a reasonable excuse to carry out the coup anyway as political turmoil continued throughout the 1970s and security concerns had arisen due to sporadic clashes between left-wing and right-wing factions. Indeed, the turmoil stopped, with political leaders locked up along with countless others. But what followed was worse, from massive human rights violations to torturing the imprisoned and convicted.

It took coup leaders about four months to prepare for its execution, but the coup’s fallout still lives on through its victims after more than four decades. “I would be disrespectful to others if I talk about my experience,” Damatlar told Ihlas News Agency (IHA) as he gazed at the bunk beds and gray walls as memories of his prison days played in his head. “They once brought a 13-years-old girl here and subjected her to unspeakable torture just so she would tell them the whereabouts of her wanted uncle. She lost her sanity after what she went through. I saw Bekir Bağ, a 16-year-old boy, tortured to death next to me. They told his family he hanged himself. There were many like him, like Aydın Demirkol, a teacher who was thrown from the fifth floor in Malatya (province)."

“Operation Flag” as the military called it would have originally started on July 11, 1980, but after the government won a motion of confidence, the putschists had to postpone their plans. Months later, Turkey woke up on a September morning to find soldiers in the streets and that coup leaders, led by Chief of General Staff Kenan Evren, had declared martial law, abolishing the constitution and the authority of the Turkish Grand National Assembly (TBMM). Political parties were shut down and their leaders were sent into exile. It would take three years before they finally allowed elections to be held.

Apart from the deadly tortures, imprisonments without charges and lengthy detentions, the darkest aspect of the coup was the death sentences. Fifty people were hanged by the junta, from left-wing activists to nationalists. Less than one month after the coup, leftist Necdet Adalı and rightist Mustafa Pehlivanoğlu became the first victims of the junta, when they were hanged on the same day. The most tragic death, however, was likely Erdal Eren, a 17-year-old boy convicted of killing a soldier despite the lack of evidence. Eren was hanged in Ulucanlar prison after the junta ordered the court to change his age to 18 so he would be eligible for the death sentence. Evren would defend the decision to hang Eren and others by saying “what should we do instead? Keep feeding them?” The junta leader never expressed any regrets about the coup and even claimed they maintained the “balance of justice” in executions by “hanging people from both left-wing and right-wing.”

Evren and other generals enjoyed immunity from crimes they committed for years. Only Evren and Tahsin Şahinkaya, commander of the air forces, were still alive when the first indictment against the coup leaders was approved by a court in 2012. Now in their 90s, both men were given aggravated life sentences in 2014. However, they never served their sentences as both were battling health issues and passed away in 2015.