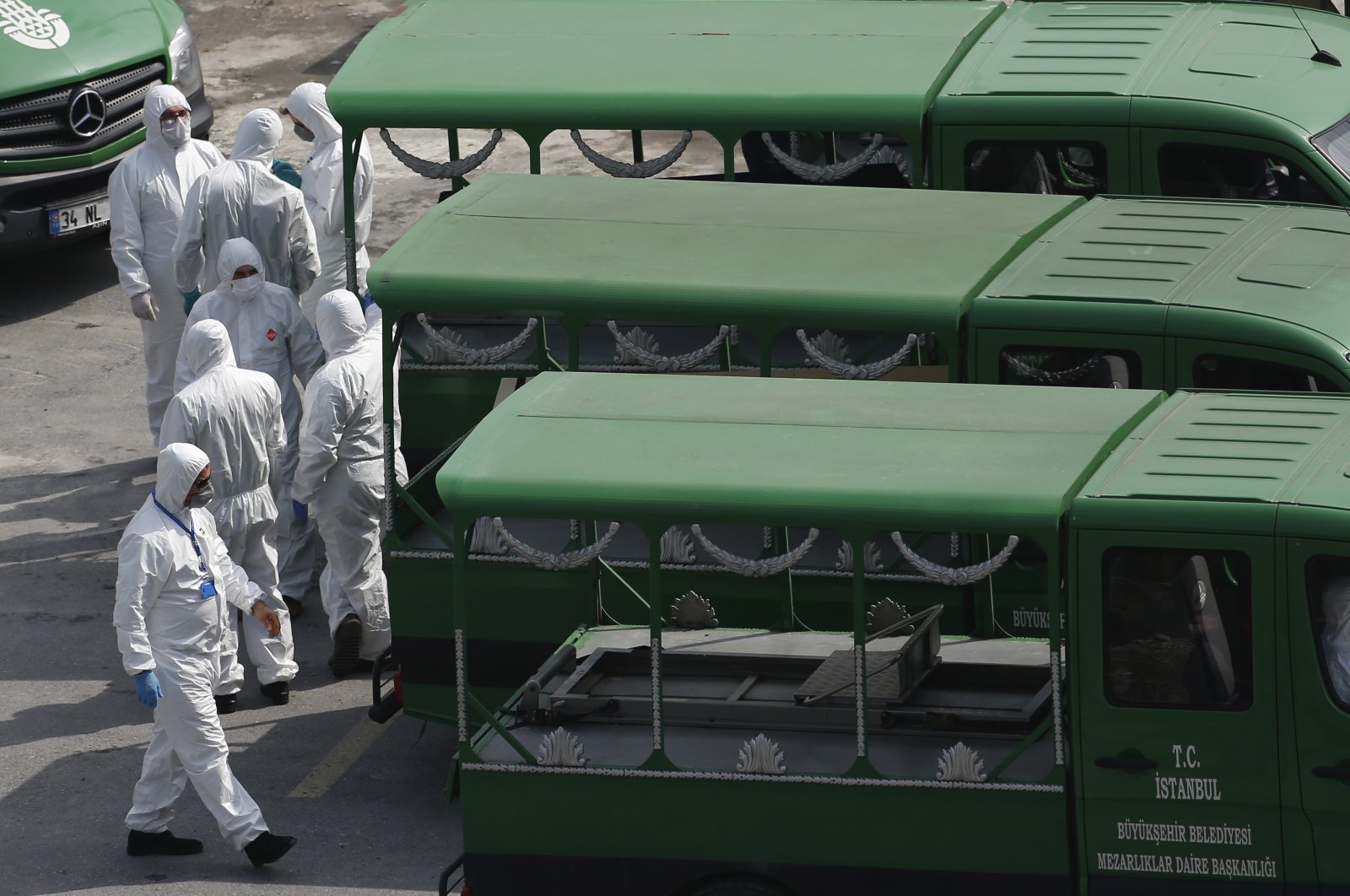 Officials wearing protective face masks and suits as a preventive measure against the spread of the coronavirus wait to load coffins of victims of Covid-19, to hearse trucks outside a morque in Istanbul, Monday, March 30, 2020. (AP Photo)
by French Press Agency - AFP Mar 31, 2020 7:53 pm

More than 200 people have died from COVID-19 in Turkey, which has ramped up tests to more than 15,000 a day, Health Minister Fahrettin Koca announced Tuesday.

Koca shared the latest figures on Twitter, saying that 46 people had died in the last 24 hours, raising the country's overall toll to 214. With 2,704 more cases of the novel coronavirus, the total has reached 13,531.

"The number of tests is up 25.2% from yesterday," Koca said. Health officials are identifying positive cases faster and with more accuracy, he added.

On Monday, Erdoğan said 41 towns and areas across the country had been placed under quarantine, but Turkey has stopped short of declaring a nationwide lockdown.

Erdoğan has launched a public campaign to raise money for people who are struggling because of the pandemic.

He also announced a new 600-bed hospital in Istanbul to treat COVID-19 patients.