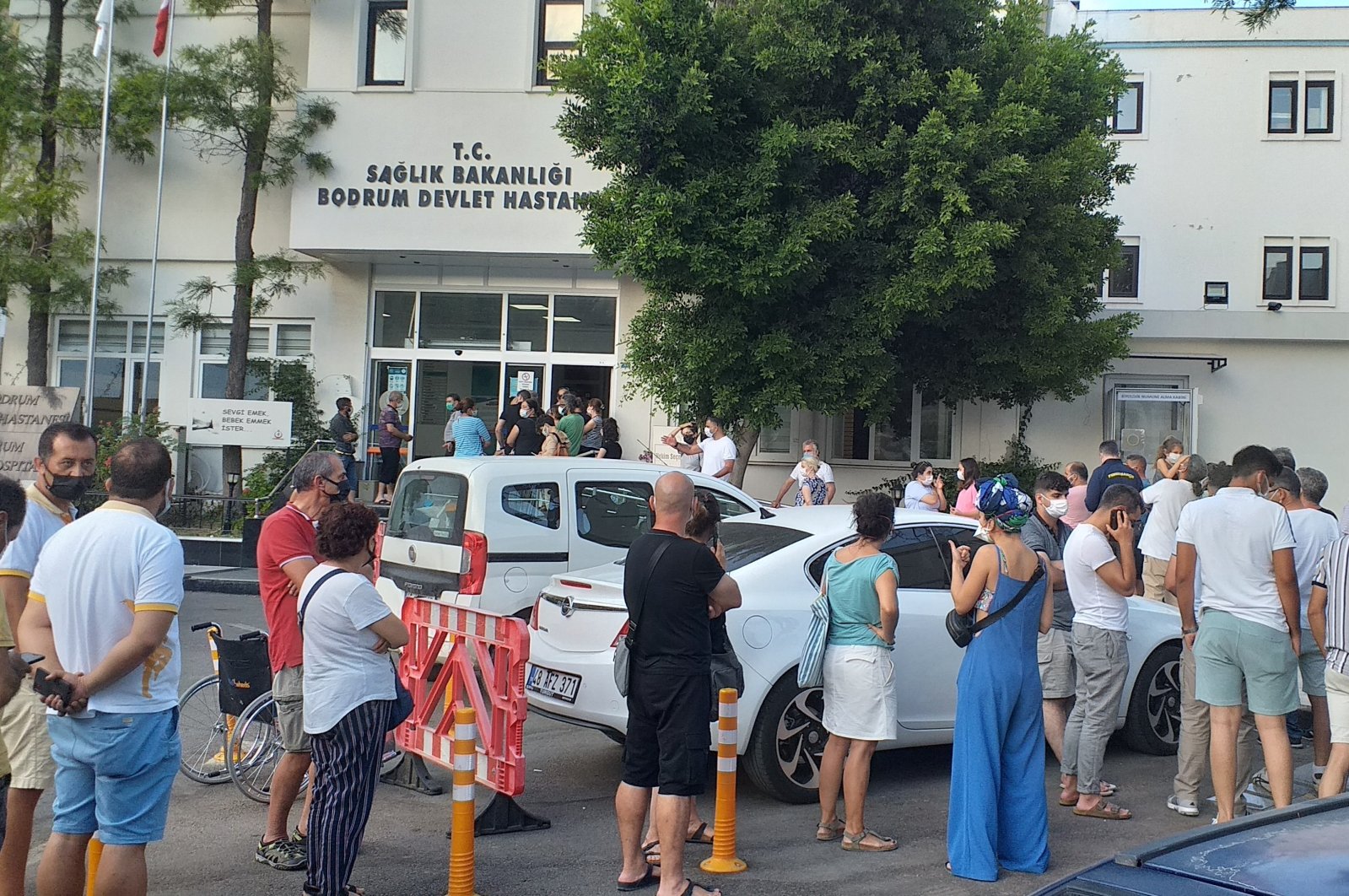 Long queues were seen outside hospitals and clinics in Turkey as the country expanded its vaccination campaign against the coronavirus to include new groups. All workers and civil servants registered with the state-run social security institution became eligible for shots Tuesday. Some cities also installed mobile vaccination units in busy areas to convince more people to get vaccinated.

The number of doses administered in the country exceeded 35 million and a record was broken Monday with more than 842,000 vaccines administered in a day, the Health Ministry announced. Authorities aim to reach 1 million doses a day goal soon with the arrival of more shots from abroad. More shipments of the Pfizer-BioNTech vaccine are expected to arrive later this month, while Turkey plans to include the Sputnik V vaccine in its list of jabs soon. CoronaVac, developed by China’s Sinovac, is also available for the public.

In Istanbul, the country’s most populated city, hundreds flocked to hospitals in the early hours of Tuesday to get their jabs. Vaccines are already available for people at the age of 40 and above but the inclusion of the latest group of people with social security is expected to further drive up the number of people lining up for vaccination. The campaign is not without its hurdles, though, as vaccine hesitancy still persists. The Health Ministry seeks to convince more people to take the jabs and offer vaccination at home or in the fields for people living in the villages and unable to go to hospitals, while seasonal laborers are administered the shots in the fields they work.

In the capital Ankara and the eastern province of Van, some hospitals canceled vaccine appointments and instead, administered doses on a first come first serve basis. Some cities set up tents on the streets and squares where health care workers administered shots to passersby eligible for vaccination.

The Health Ministry also approved the request of a family, who lost eight members to coronavirus, for priority in vaccination. The family, living in the Güneysu district of the northern province of Rize, hailed the approval. “I had my vaccine and feel relaxed. But authorities should run a genetic scan on our family and check if we have some genetic (deficiency) that may have caused coronavirus deaths in our family,” Ayşe Genç, a family member, told Demirören News Agency (DHA) Tuesday. So far, 25 members of the extended family have been vaccinated. Genç, who lost her husband, son, a brother, sisters, nephews and brothers-in-law to coronavirus, said she lost eight members of her family within six months. “We are very scared. All surviving members are attending psychiatric therapy sessions,” she said. Ali Genç, a health care worker in the family, said he was vaccinated earlier due to his profession and this probably saved him from certain death. Genç, who lost three brothers and other relatives, said they were still concerned, wondering whether they could be infected again.