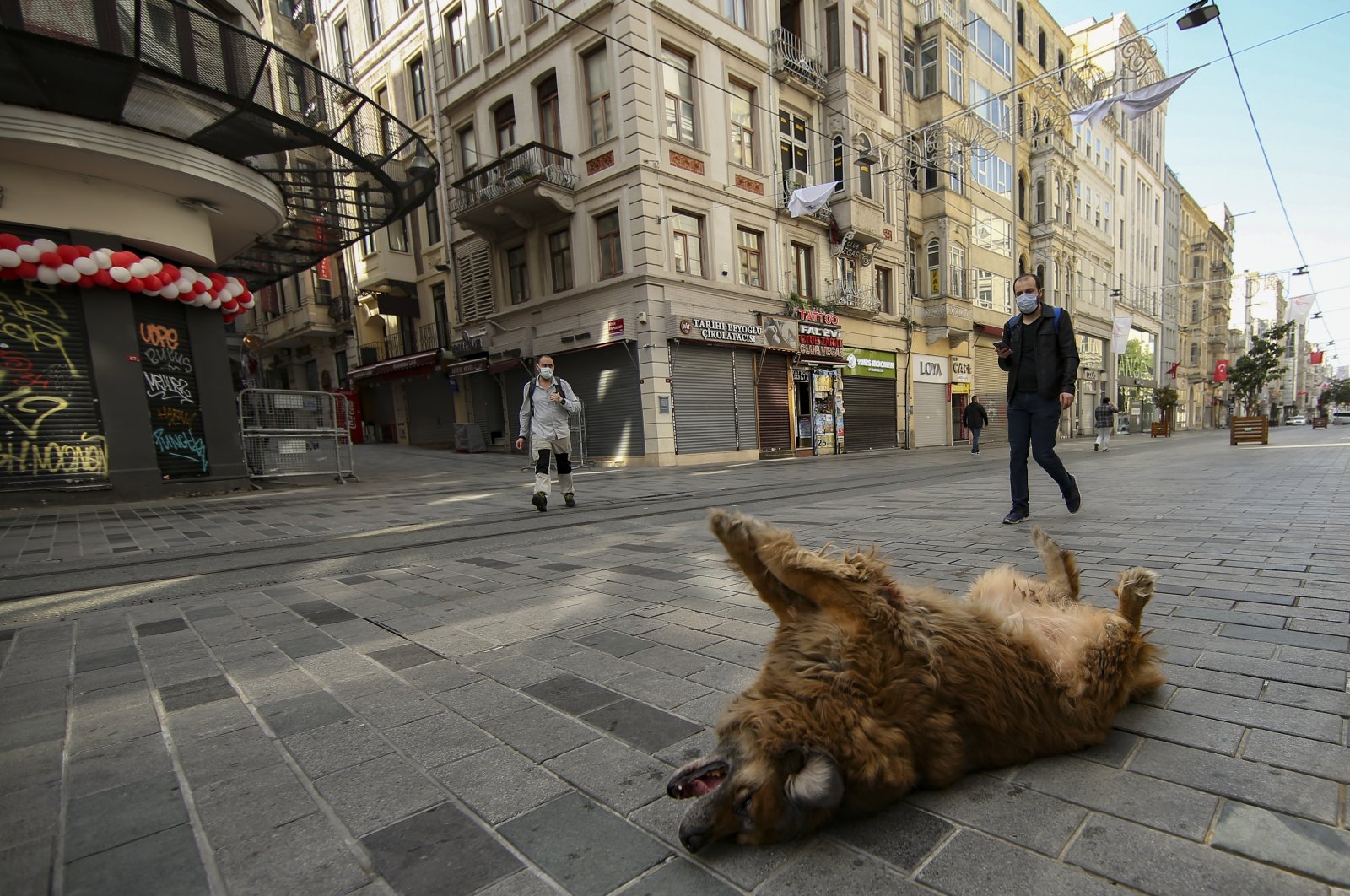 A 17-day shutdown to curb the coronavirus pandemic began on Thursday evening. Its first day saw the usual traffic and crowded streets in the most populated city Istanbul, while most of the rest of the country remained eerily calm

A full lockdown that will last for 17 days officially began on Thursday evening, but its impact was more evident on Friday when big cities were devoid of all the usual hubbub. In Istanbul, the country’s most populated metropolis, however, crowds were visible in the early hours of Friday morning, so much so, authorities had to add new metro services. Traffic jams were also reported on the city's usually busy roads. Snarls in traffic were mostly related to checkpoints set up by security forces across the city to check motorists for violations of the lockdown.

Elsewhere, a few people were outside in the country, including those exempt from the lockdown and people out for shopping for groceries and other basic needs. Security forces patrolled the streets, while checkpoints were set up on roads connecting cities to enforce an intercity travel ban. A violation of the lockdown carries a fine of TL 3,150 ($381).

Though most places are closed down, factories and several critical sectors like food and logistics will remain open throughout the lockdown. A report by the Confederation of Progressive Trade Unions of Turkey (DISK) says some 16.4 million people work in sectors exempt from the lockdown, though this figure is unconfirmed by the government.

Turkey's lockdown is not as strict as measures applied in European countries to curb the pandemic. It is rather a longer version of its weekend lockdowns and weekday curfews that were already in force in the weeks prior. Turkey hopes to drive down daily coronavirus cases to "less than 5,000," according to President Recep Tayyip Erdoğan, who announced the lockdown after a Cabinet meeting earlier this week.

In addition, an intercity travel ban was imposed, though most people already left big cities over the past two days, seeking to spend the upcoming Ramadan Bayram, also known as Eid al-Fitr, with relatives in other cities. Others traveled to popular vacation resorts for the lockdown, as larger accommodations offer more freedom of movement than big cities.

Grocery stores, bigger supermarkets, greengrocers, butchers and pastry shops will remain open between 10 a.m. and 5 p.m. throughout the lockdown, just like they did over the weekends. Citizens are allowed to shop in those places, but only from those within walking distance from their home. There won’t be any time limit for deliveries of e-commerce websites. Restaurants, cafes and other similar eateries will be allowed to serve only home delivery, without any time limit. Bakeries will also remain open without any time limits. Under the new rules, all commercial businesses will be closed except those selling basic food, medications and cleaning supplies and those in the logistics chain, from production facilities to suppliers. All travel between cities will be subject to permits. Those who booked rooms at a hotel in another city before the lockdown was announced will be the only people (along with tourists of any foreign nationality) exempt from the travel ban, other than those with an emergency. Civil servants tasked with mandatory public duty (like police officers assigned to another city for enforcing coronavirus pandemic rules) will also be exempt from the ban. Families attending a funeral, those discharged from a hospital in another city or those to be transferred to a hospital in another city will also be exempt from the travel ban. The travel ban also does not cover people who have no fixed residence in the city they were in before the lockdown and need to return to the city of their primary residence.

All passengers will be required to produce a HES (Hayat Eve Sığar – Life Fits Into Home) code before boarding airplanes, trains, ships or buses for intercity travel. The code, assigned by the Health Ministry, enables tracking of any positive COVID-19 patients. All mass transit vehicles except airplanes will be allowed to have passengers only at half their capacity and will be required to maintain social distancing between passengers. Public sector employees will be required either to work from home or in reduced shifts during the lockdown.

The lockdown is expected to bring that long overdue "fast drop" in the cases, Health Minister Fahrettin Koca told reporters on Friday. Koca, exempt from the lockdown, paid a visit to the southern province of Antalya to meet with local health officials on the course of the pandemic in the province. "We want a real bayram with a significant drop in the cases," Koca said.

The minister pointed out that the full lockdown became a necessity amid a new peak in 14 months of pandemic. "Some new restrictions were imposed and they helped to decrease the numbers, but it was not on the level we desired. The lockdown was required to increase the speed of this decline," he said.