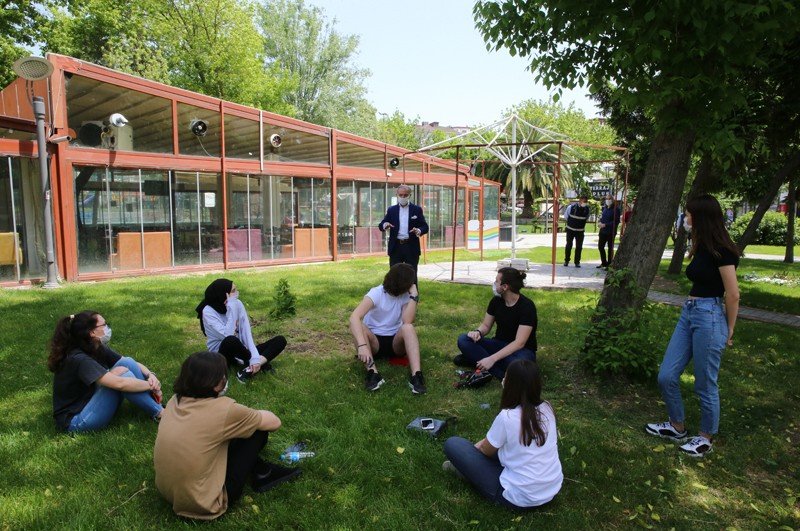 Young people aged 15 to 20 enjoy their time outside in Istanbul's Bayrampaşa district after being allowed to leave home between designated hours for the first time in 42 days on Friday as part of the coronavirus measures, May 15, 2020. (IHA Photo)
by DAILY SABAH May 15, 2020 5:20 pm
RECOMMENDED

Koca said some 1,708 new cases were identified in the latest batch of tests, bringing the total number of confirmed cases to 146,457.

Meanwhile, with the latest figures, the total number of recovered cases reached 106,133.

Turkey has not imposed a stringent nationwide lockdown since reporting its first positive case on March 11, resorting instead to weekend curfews, initially in 31 provinces and cities. It also limited travel between those cities.

Yet, most recently, the country announced several new steps toward “normalization,” including the reopening of some businesses and lifting travel restrictions between some cities. Barbershops, hairdressers and shopping malls were also allowed to reopen but with specific measures to protect against the coronavirus.

Meanwhile, some 15 provinces among the initial number of 31 cities, including Istanbul, will go into a four-day curfew as of 12:01 a.m. Saturday as part of the measures that are still in effect.

The government initially imposed a curfew for the senior citizens, ordering anyone aged 65 and above to stay home. The curfew was later extended to include youth aged 20 and below. Meanwhile, the senior citizens were allowed to go outside between designated hours last Sunday while the rest were in their homes during the curfew. The young people aged 20 and below were also allowed to go outside in separate periods for four hours following nearly 42 days of stay-at-home orders.