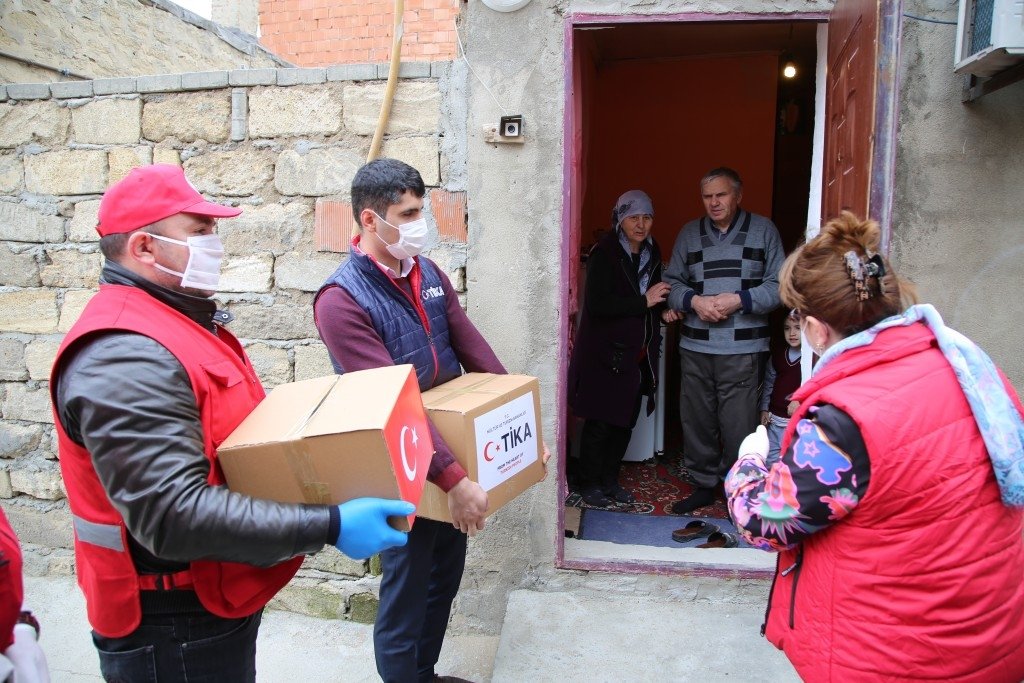 It has been 27 years since the Turkish Cooperation and Coordination Agency (TIKA) established an office in Azerbaijan's Baku. Today, Turkey's leading development aid agency boasts more than 1,200 projects and events completed since it came to the Caucasian country.

The two countries, which take pride in their ethnic and cultural ties under the motto of "one nation, two states," began taking their ties to new heights after Azerbaijan declared independence from the Soviet Union. TIKA was instrumental in boosting ties with the "young" state as the latter strived to improve its infrastructure and build its national identity.

TIKA's projects and activities in Azerbaijan cover everything from health to agriculture. For example, the agency has provided training and education for over 1,500 health care workers, 950 tourism personnel, over 250 judges and prosecutors, some 783 information technologies (IT) experts, 380 security personnel, 480 media staff, 185 representatives from nongovernmental organizations (NGOs) and some 991 arts and crafts specialists. Around 6,000 Azerbaijani nationals have benefited from these training and education programs.

The agency also played a role in the reconstruction and development of the Karabakh region, the development of non-oil sectors, relieving social inequality, developing mutual civilizational values and carrying out mutual activities against other countries. Projects based on affirmative action focus on Meskhetian Turks, the displaced people of Karabakh who took shelter in the country, the disabled and the impoverished families.

The development of non-oil sectors is vital to the Azerbaijani economy and is a top priority of Azerbaijan. In order to diversify the sectors in the country, TIKA has implemented training and experience sharing programs focused on health care, education, IT, media, public services and tourism and supportive projects including beekeeping, dairy farming, technology parks and the construction of industrial zones.

Some projects undertaken by TIKA stand out, including the "National Highland Festival," which helps preserve the highland culture, the establishment of sales centers that help popularize and commercialize handicrafts, the distribution of 5,000 bee colonies to 500 families and helping 40 families start animal farming. In addition to these, the construction of production facilities to boost farming in Jojug Marjanly village, which was liberated from Armenian occupation in 2016, is also an important positive development in the war-torn region.

Elsewhere, TIKA has established a radio-TV studio in Baku State University and is working on the renovation of the Grand Merdekan Castle, which is estimated to date back to the 13th or 14th century, along with the Tuba Shah Masjid that was built between 1492 and 1493.

TIKA’s Baku coordinator, Teoman Tiryaki, stating that Azerbaijan is particularly essential for TIKA, said: “Our main goal with our projects and activities in Azerbaijan is to contribute to the process of transforming a country that was torn by war and occupation during the 1990s and became a significant actor in the region in 2010s,” Tiryaki added.

Highlighting that Turkey stood alongside Azerbaijan during the 44-day Karabakh conflict, Tiryaki said: “Our projects that help develop Azerbaijan and strengthen the bonds among two countries will continue from now on focusing on developing and reconstructing the liberated Karabakh region. Our initiative to improve the returning conditions of our brothers that were forced to leave Karabakh 30 years ago will continue.”