Turkey's doctors appeal to public to cooperate in COVID-19 fight 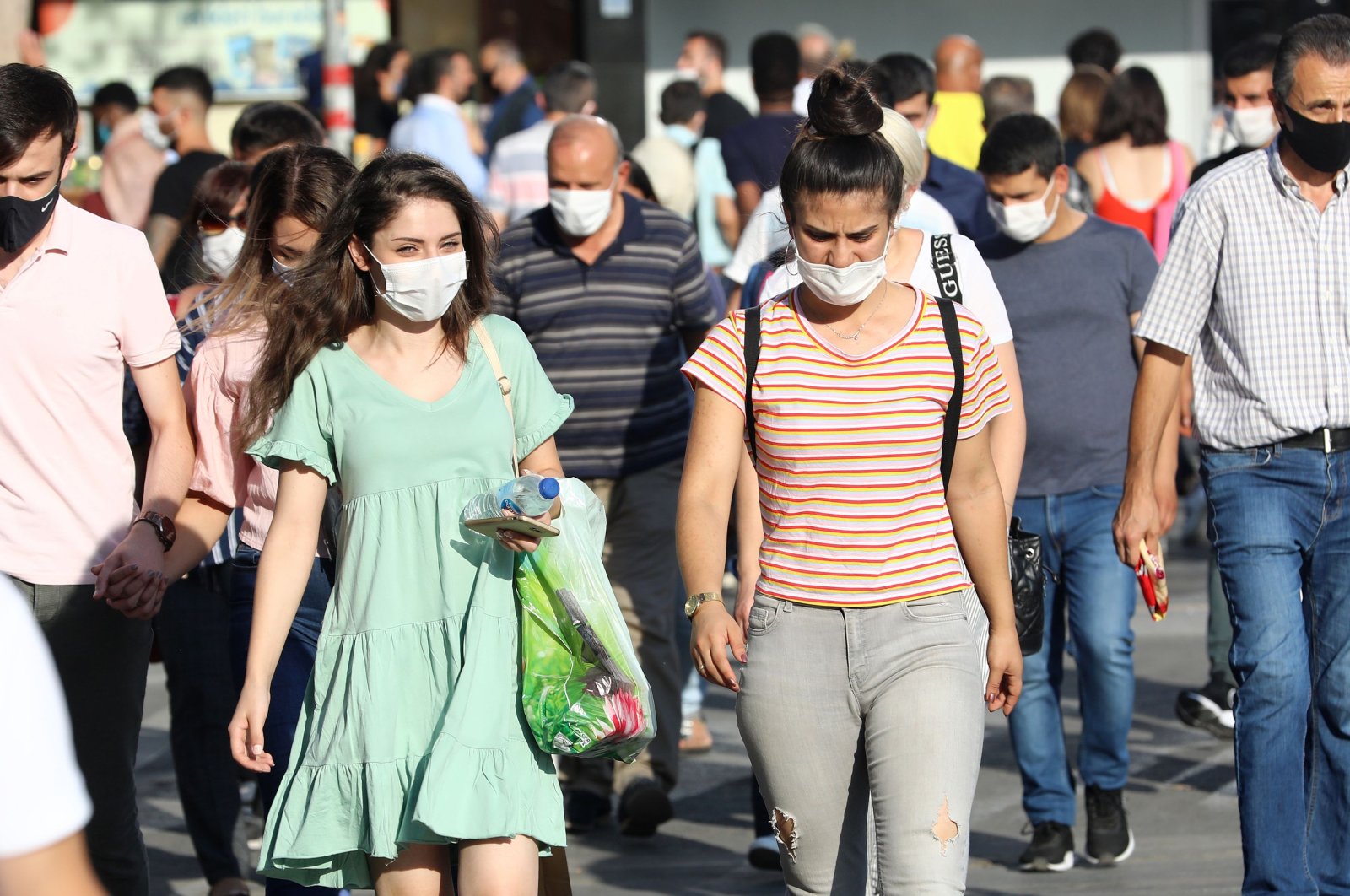 “It's a thin line between life and death,” said Erkan Cem Çelik, an intensive care unit (ICU) doctor in Erzurum province, as he described the situation of COVID-19 patients in critical condition.

“We transfer patients with severe breathing problems in need of respiratory assistance to the ICUs," continued Çelik, explaining: "This disease shuts a patient’s throat like a vice grip, rendering them unable to breathe."

According to the doctor, people of all ages, including children, are currently receiving COVID-19 treatment in ICUs. Çelik urged none to make light of the disease.

“When they come in first, they think they can breathe fine, but some of them worsen to a point where they can’t, and we have to sedate and intubate them,” he said.

The reason why Çelik, along with other medical professionals, are speaking out to Anadolu Agency (AA) is simple. They want to raise public awareness regarding the dangers of the coronavirus.

Despite officials’ insistence on a "new normal" that enforces precautionary measures to halt further infections, given that life has returned to a sense of normality, the public has begun to take a laxer approach.

While some were once too afraid to even peek their heads outside their windows, others have begun to carry on with their lives, giving little attention to the ongoing outbreak.

While many still obey the rules and practice proper precautions, the carelessness of a few is a risk to both themselves and the general public at large, doctors have warned.

“People can win this fight on the field by following precautions and consider hospitals as the last line of defense. They should help us lighten the load on the health care system,” Çelik said.

Other doctors have warned about the social aspects of the disease.

“COVID-19 patients with respiratory problems also deal with severe psychological distress, because they go through the process alone. Isolated patients also die alone. You are all alone there with the virus,” said Dr. Semih Uşaklıoğlu, who works at a hospital in Istanbul.

Explaining that precautions were the only viable way to fight the virus for the time being, he urged everyone to at least wear a mask.

“If you don’t care about yourself, do it for the sake of your mother, father, your partner, children or friends. If people ignore these precautions, they will inevitably catch the virus and end up being alone in a hospital bed,” Uşaklıoğlu warned.

A similar sentiment was shared by Dr. Faruk Karakeçili, who said young people need to pay more attention to the precautions.

“We say older people are more at risk, but we also have patients in ICU aged between 20 to 30. Of course, the elderly are at more risk, but no one should think they will be fine. Younger people, especially, should wear a mask and pay attention to social distancing to ensure the disease doesn't pass to themselves or their parents,” Karakeçili said.

According to daily data released by the ministry, new infections were detected in about 97,000 COVID-19 tests that were carried out in the previous day.

In an effort to prevent a resurgence of infection rates, the Interior Ministry recently declared face masks mandatory across all provinces.

The order previously applied to only the worst-hit cities, with many provinces only requiring mask use in busy streets. The government also ordered to limit the number of standing passengers in mass transit vehicles in a bid to reduce overcrowding.