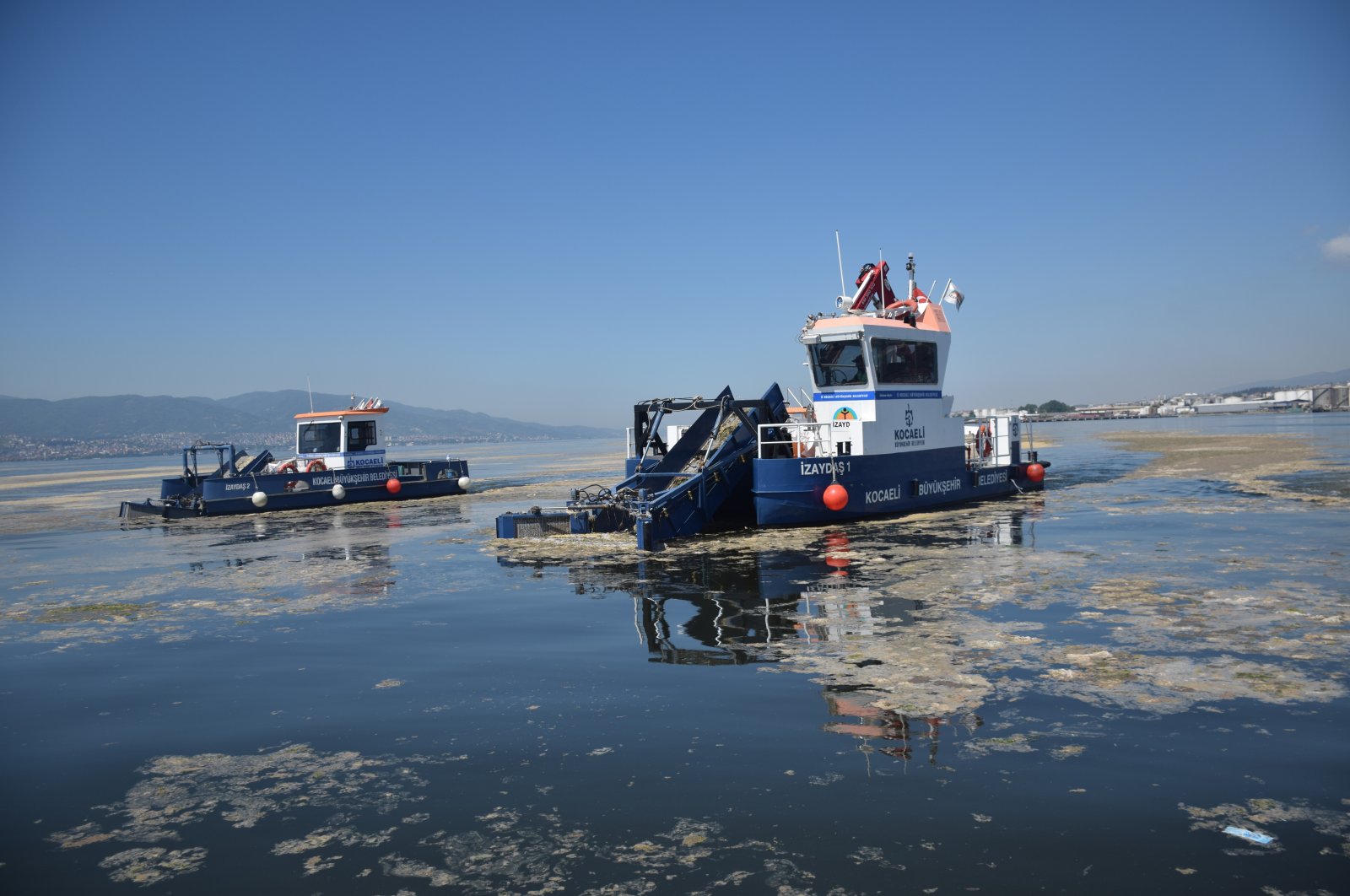 President Recep Tayyip Erdoğan Wednesday pledged a comprehensive plan against marine mucilage or "sea snot," masses of microorganisms that are currently covering the Sea of Marmara. "We will clean up the entire Marmara Sea by declaring it a 'conservation area' and using advanced technology water purification systems," Erdoğan said in his speech at the ruling Justice and Development Party (AK Party) parliamentary group meeting.

"By declaring the entire Sea of Marmara a conservation area, bringing the most advanced technology to our wastewater treatment systems, and taking all other necessary steps, we will clean the Marmara," the president said. The nation will protect Turkey's coasts from the threat of pollution with the support and contributions of science, he added. "We're also completing our strategic plan, which includes our roadmap for a permanent solution to the mucilage issue, within three months," he said.

Erdoğan also reiterated that the AK Party's parliamentary group plans to form an inquiry committee to investigate the issue. Turkey Tuesday launched its largest and most comprehensive sea cleaning mobilization yet to save the Sea of Marmara from a plague of mucilage.

Mucilage is the overgrowth of microscopic algae called phytoplankton. The thick, mucus-like slimy layer contains a variety of microorganisms and is caused by rising seawater temperature due to global warming, stagnant water and pollution. The government's 22-point action plan to clear the surge in mucilage will be jointly carried out by the Environment and Urbanization Ministry, Transportation and Infrastructure Ministry, and Agriculture and Forestry Ministry. The Health Ministry, Interior Ministry, related institutions, nongovernmental organizations (NGOs), and coastal municipalities under the coordination of governorships are also taking part.

"If it is our responsibility to make up for the shortcomings of institutions that cannot do their job, regardless of their party, we will not hesitate to do what is needed," Erdoğan said.