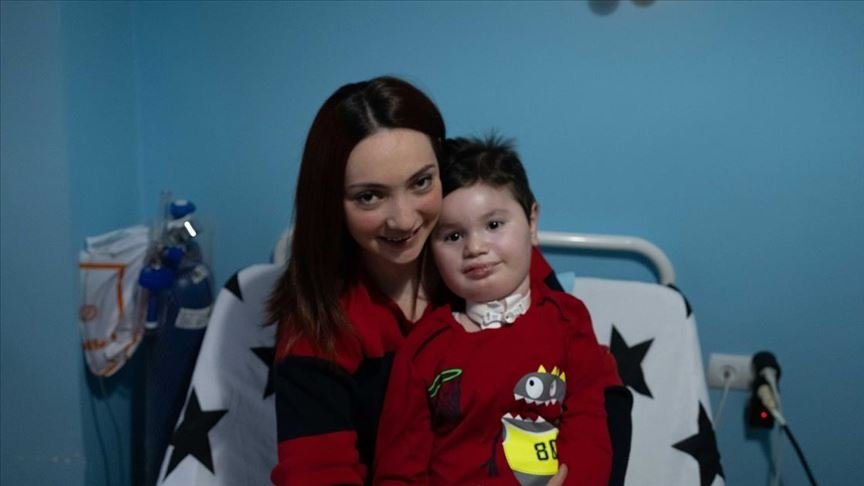 The Health Ministry will soon start offering free spinal muscular atrophy (SMA) tests for newlywed couples, Anadolu Agency (AA) reported on Wednesday. SMA tests are currently available for free in a few places, including the capital Ankara where the local municipality started the practice in May.

SMA is a rare disease that 170 babies are born with on average every year in Turkey. The illness affects nerve cells and makes basic abilities like walking, eating and breathing difficult.

The ministry will launch a tender on Oct. 8 for the acquisition of 800,000 SMA testing kits for the couples. Tests are essential in calculating the risk of a child inheriting the hereditary disease. The ministry will also inform couples about precautions to take against the disease before childbirth and recommend that couples who do not wish to have a baby with SMA try in vitro fertilization (IVF).

SMA treatment is expensive and more and more parents are seeking access to it abroad. The country’s social security system has extended support to 1,100 SMA patients so far, according to Health Ministry data. Although social security covers the cost of an experimental drug approved by the U.S. and European health authorities, worried families increasingly seek access to Zolgensma, a drug not approved in Turkey. Donation campaigns for SMA patients have collected millions of Turkish liras to go towards treatments and pay for drugs in the United States.

Experimental drugs and treatments developed for SMA, a rare, genetic and neuromuscular disease, are controversial due to their high costs and the uncertainty about their efficiencies. None of the SMA drugs and treatments have been proven to provide complete recovery, while their cost, out of budget for most families, could potentially put public health funds under stress.

Health Minister Fahrettin Koca commented on the country's SMA treatment policies in early January, stressing that the Turkish public authorities would continue to cover the full cost of proven drugs and treatments. There is currently no scientific proof that the gene treatment offers full recovery, Koca said, adding that certain pharmaceutical companies abuse the situation SMA patients and their families are put in.