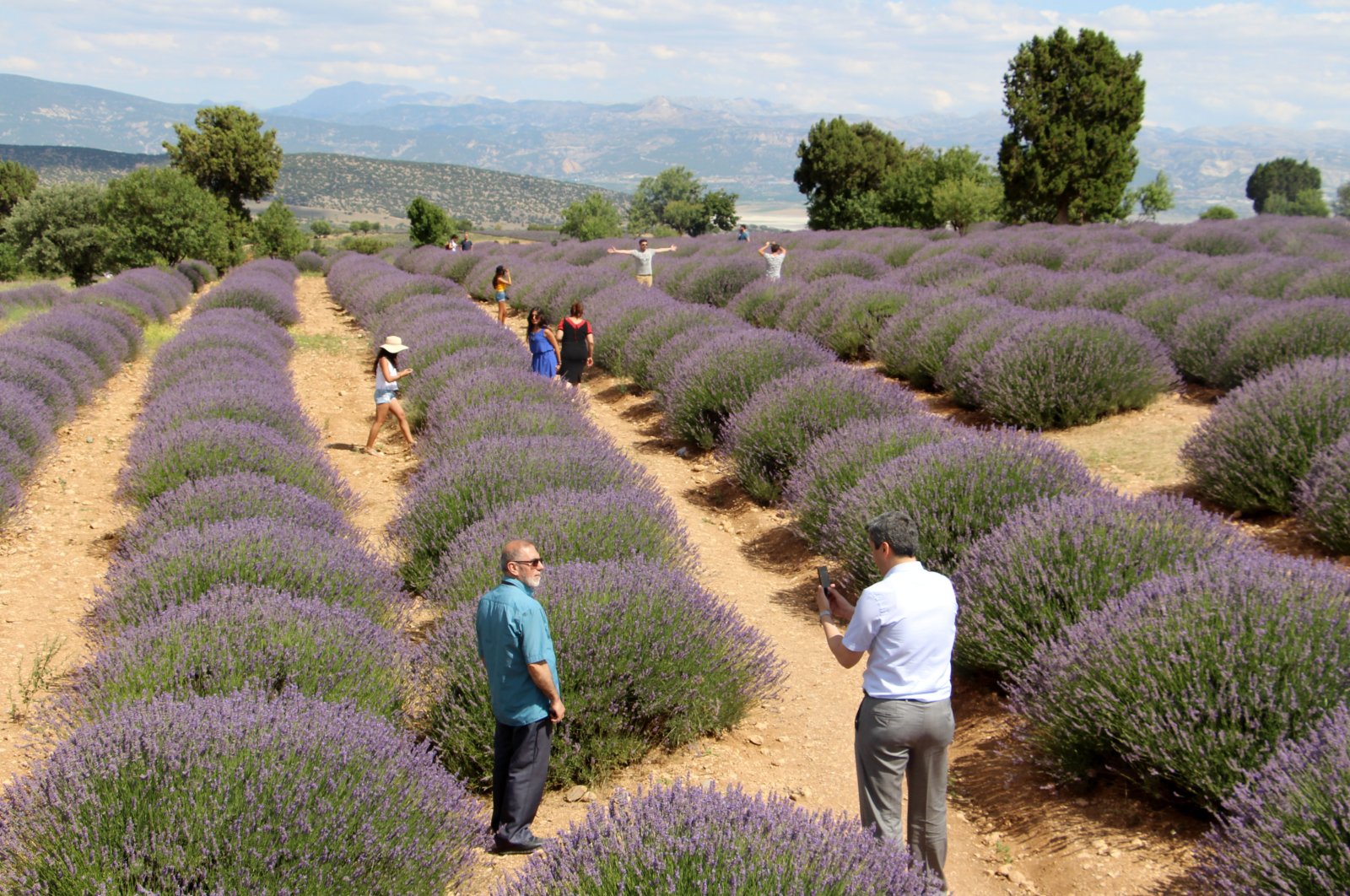 Purple is everywhere in Kuyucak, a small village of 261 people in western Turkey. The village, which attracted about 500,000 tourists last year to its vast lavender fields, has one thing missing: the coronavirus. Locals are proud of being a rare location where no cases have been reported since the deadly disease made its foray into Turkey in March 2020.

An eco-tourism hotspot, the Isparta province community has been free of infections so far and locals say they have not heard of any cluster of cases from regular visitors either. Some attribute it to the “healthy” effect of lavender but the village's strict compliance with rules has apparently played a role in dodging the lethal infection. Locals and visitors alike adhere to social distancing and wear masks while visiting the fields. Loudspeakers at the village’s mosque also repeatedly blare messages warning locals and visitors to wear protective masks, be wary of social distancing and adhere to hygiene rules.

One of the few places in the country that thrives on lavender production, Kuyucak attracts lots of tourists, particularly in the summer. Village head Gürol Yılmaz told Demirören News Agency (DHA) on Tuesday that they never ignore the rules even though they have zero cases. For Yılmaz, the community's lack of cases has something to do with lavender. “We boil them and inhale the steam from lavender because we believe it is good for our health. We drink lavender tea. Everyone here drinks half a glass of lavender water before going to bed. There is no scientific study to prove it but I think it gives us protection. Lavender water is beneficial for health anyway, especially against sleeping problems and pains,” Yılmaz said.

While Kuyucak is the most famous among the three villages that produce lavender the other communities have not reported cases either.

The essential oil from lavender has an important place in the country’s pharmaceutical and cosmetic industries and it is a significant source of revenue. Other products produced from the crops include lavender honey and lavender tea.

Mandatory masks and social distancing rules are enforced by locals and gendarmerie troops in the village's lavender orchards. Yılmaz says they have not heard of any COVID-19 infections among visitors so far.

Turkey hit a new high on Monday in its number of daily cases, which exceeded 8,000, while fatalities in total reached almost 27,000. Authorities repeatedly warn citizens to adhere to measures as the ongoing mass vaccination drive appears to have caused a relaxation of rules among the public.