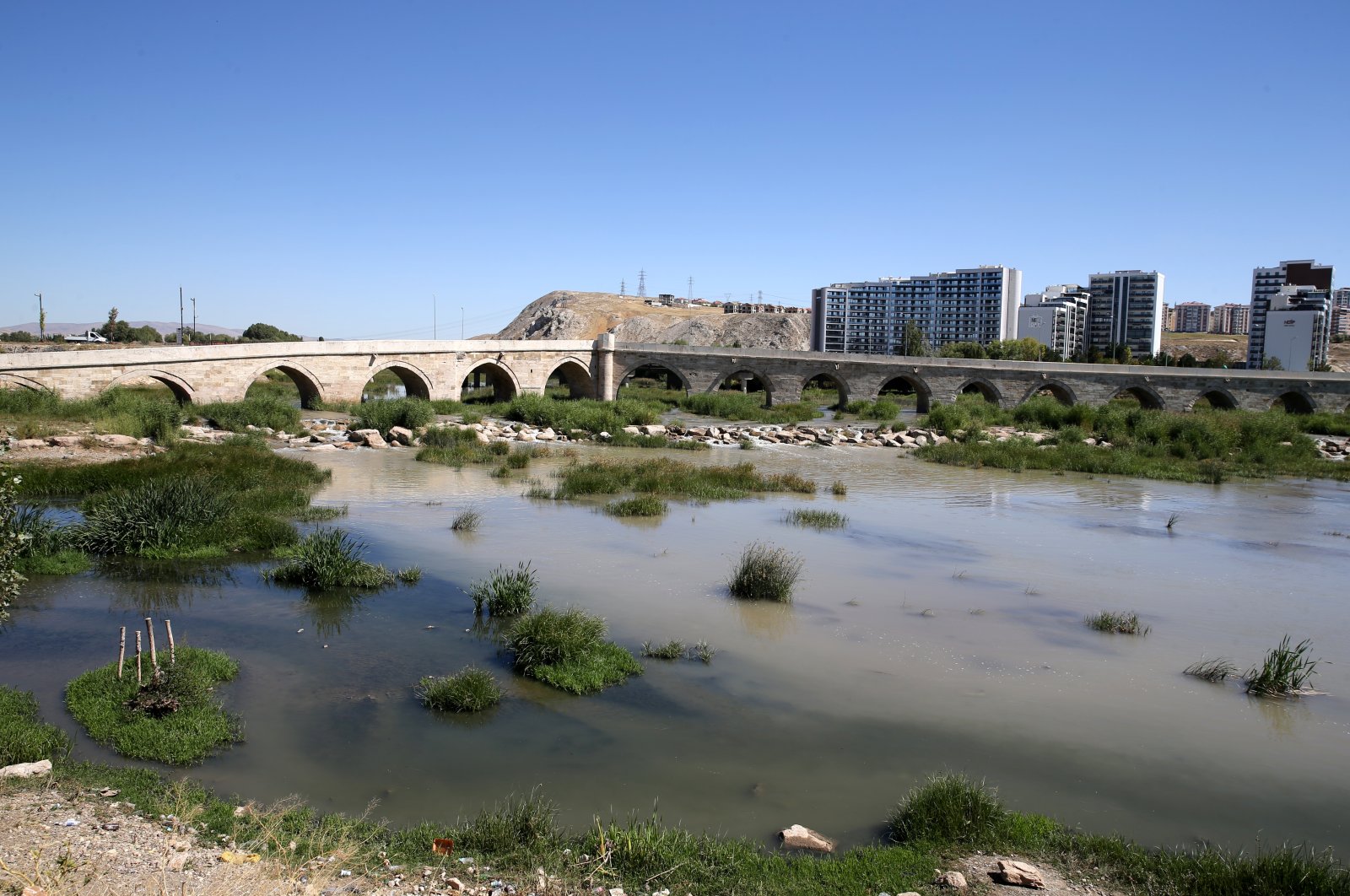 As the drought grips Turkey’s bodies of water, the Kızılırmak river is in danger of becoming the next victim. Parts of Turkey’s longest river dried up in Sivas, where its source is located. The central province also sees escalated risk from the drought at its dams, where receded waters reveal former settlements long hidden under water. Parched dirt criss-crossed with cracks in areas once occupied by water indicate the heightened risk from drought aggravated by climate change.

Kızılırmak originates from southern slopes of Kızıldağ mountain in Sivas’ İmranlı district and stretches for 1,355 kilometers before emptying into the Black Sea in Samsun in the north. It has rarely felt the impact of drought, but the current risk is evident in its source, especially in an area that the historical Kesik and Eğri bridges span. Once roaring waters of the river now merely amount to small streams.

Elsewhere, Pusat-Özen Dam, a stream connected to the dam and the 4 Eylül dam rapidly dried up, leaving Sivas in danger of water shortage in the future. It is “seasonal drought,” according to experts, but may worsen if human intervention to water resources continue. Associate Professor Taner Çifçi, a geography expert at Sivas’ Cumhuriyet University, says human intervention is the primary source of drought, along with a change in weather patterns. “Excess use of underground water is among factors contributing to the drought. We have seen a rise in beet and potato cultivation in Sivas in recent years and both are crops needing a large amount of water,” he pointed out.

The change is evident in temperatures. For instance, Sivas has seen its highest temperatures in February in a century at 13 degrees Celsius (55.4 degrees Fahrenheit) on Feb. 9, 2021, Çiftçi told Anadolu Agency (AA) on Sunday. “We are seeing marginal rises in temperatures generally. Average annual precipitation has long been 445 millimeters but it dropped to 431,” he said. Çiftçi also blames urbanization, particularly taller buildings constructed in the province’s north, blocking the humidity brought by northern winds.