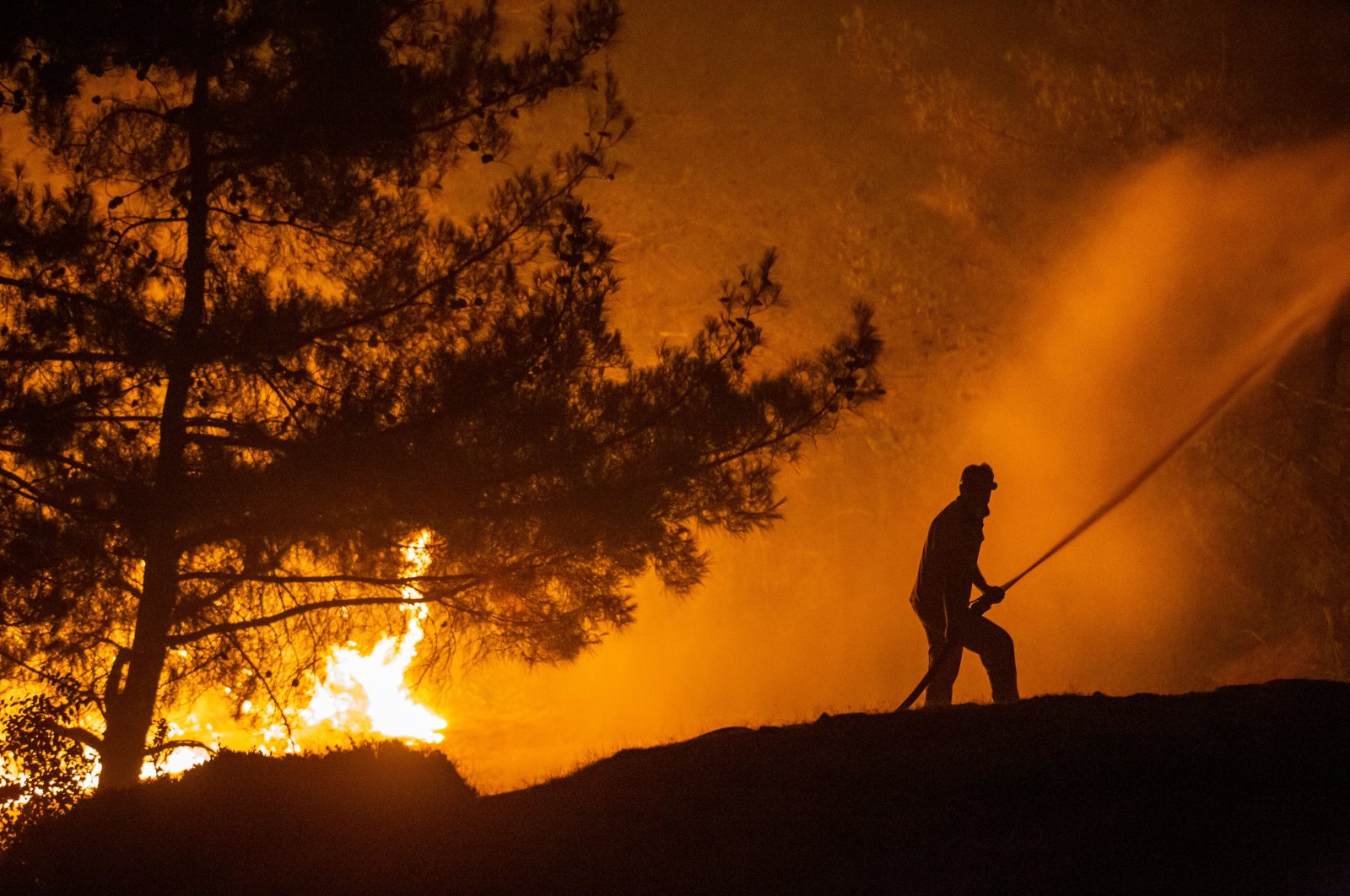 Forest fires that hit Hatay and Mersin, two provinces in southern Turkey, were still not under control as of Friday after 20 forest fires erupted in one day on Thursday across the country. Soaring temperatures in most of the country worsened the fires and the culprits of only one fire are known.

In Mersin’s Aydıncık district, a forest near the Pembecik neighborhood caught fire early Thursday morning. Firefighters managed to put out most of the flames, but the fire occasionally resurfaced during cooling efforts. Strong winds hindered efforts that resumed Friday morning after a pause Thursday night. Helicopters and planes carried water to the area, while hundreds of firefighters tried to extinguish the flames on the ground.

In Hatay’s Hassa district, another forest fire broke out late Thursday. On Friday morning, authorities deployed airplanes to douse water on the raging fire. Agriculture and Forestry Minister Bekir Pakdemirli, who was in Mersin to coordinate firefighting efforts, told reporters late Thursday that the flames were largely put out but the fire was not fully “under control.”

On the fire in Hatay, Pakdemirli said flames burned an area of about 80 hectares. Pakdemirli had earlier warned the public to be more careful about the fires, in a tweet that mentioned temperatures above the normal seasonal level.

In Osmaniye, four suspects were detained regarding a forest fire Thursday, though authorities said a preliminary investigation showed that the fire was not caused by a sabotage attempt as it was initially suspected. The PKK terrorist group has been blamed for some forest fires in recent years.

Turkey, which seeks to increase the number of its forests, faces a heightened threat of fires, especially in the summer. In recent years, it has modernized its crews responding to fires and has improved training for firefighters. Last year, fires across the country had damaged 4,298 hectares (42.98 square kilometers) of forests.