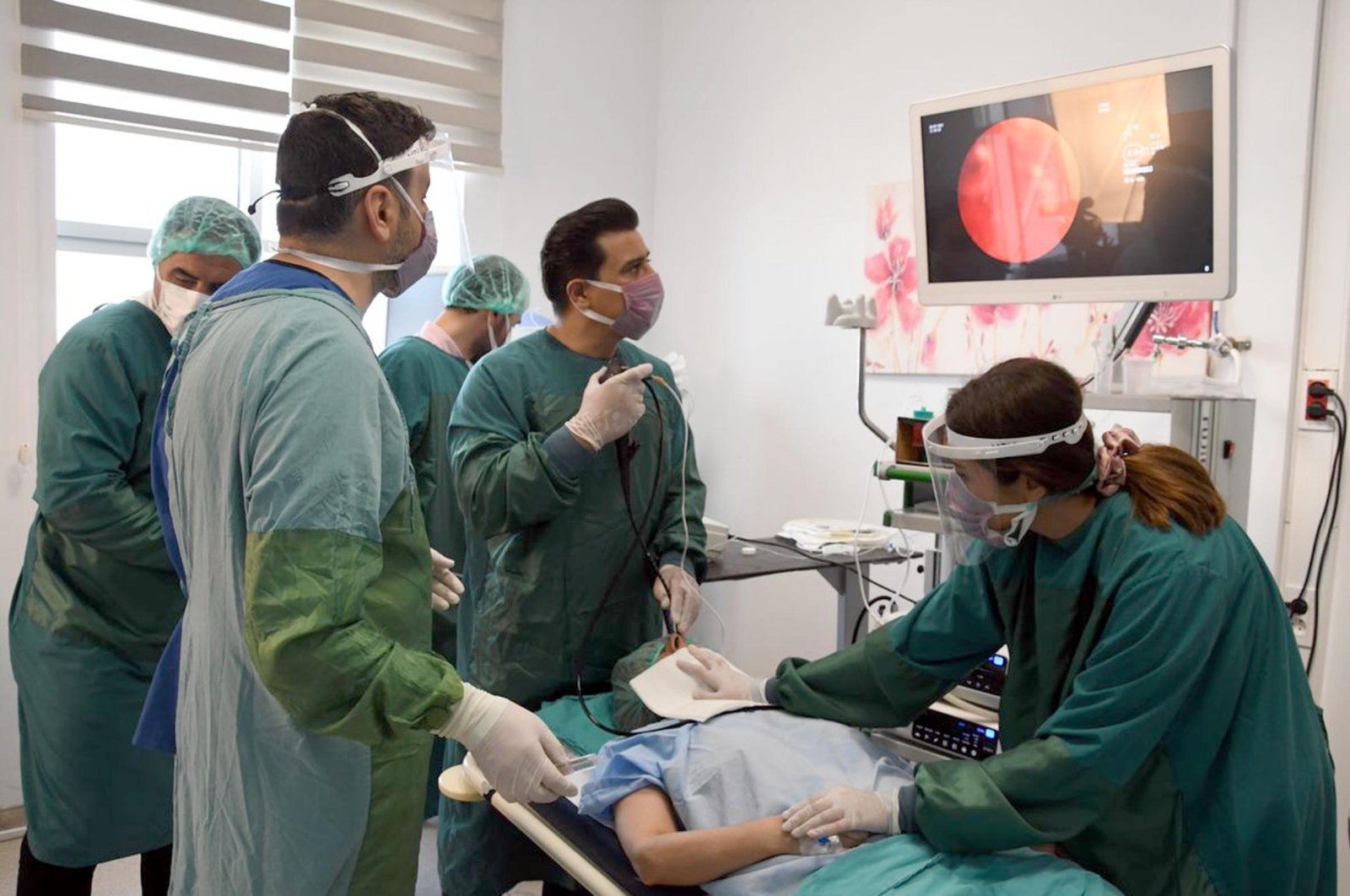 “This procedure was first developed by Turkish scientists and we have introduced it to the world. We started to welcome many foreign patients, especially from European countries, Greece and Arab countries. We have so many requests of patients to be admitted to the hospital that we almost can’t keep up,” Altıntaş said.

“We had a patient, Emine Kıran, suffering from COPD and increased phlegm. Despite using antibiotics and various treatments, she couldn’t get rid of phlegm. COPD has two types: one of them is emphysema which is a rare type. There is also a secondary type that causes increased phlegm, like Kıran’s. Around 60%-70% of the COPD patients suffer from the latter.” Altıntaş said, who treated Emine Kıran.

“There are ‘goblet cells’ that are found inside the pipe located in the intratracheal, COPD patients experience an increase in those cells, causing phlegm. Patients feel like they are drowning as they are unable to breathe due to the accumulated water within their lungs.

We conduct a procedure using a bronchoscopy, which has a video camera that goes in the lungs and displays the inside of the lung. We pass a balloon through the bronchoscopy that inflates and deflates 30 times per minute with a mild feature of cutting. As bronchoscopy goes deeper in the bronchus, the balloon deflates and inflates causing pressure and the cutting edge cuts some of the goblet cells to death and stuns the remaining. Thanks to this method the production of phlegm is hindered and within two to three days after the procedure, the patients start experiencing comfort and their oxygen levels improve.” Altıntaş added.

Altıntaş stated that COPD is one of the most important chronic diseases, and when looking at fatality rates, COPD ranks fifth. The World Health Organization (WHO) estimates that in five to 10 years COPD will become one of the leading causes of death. Therefore COPD is considered a highly serious and fatal disease and should be treated correctly and swiftly.