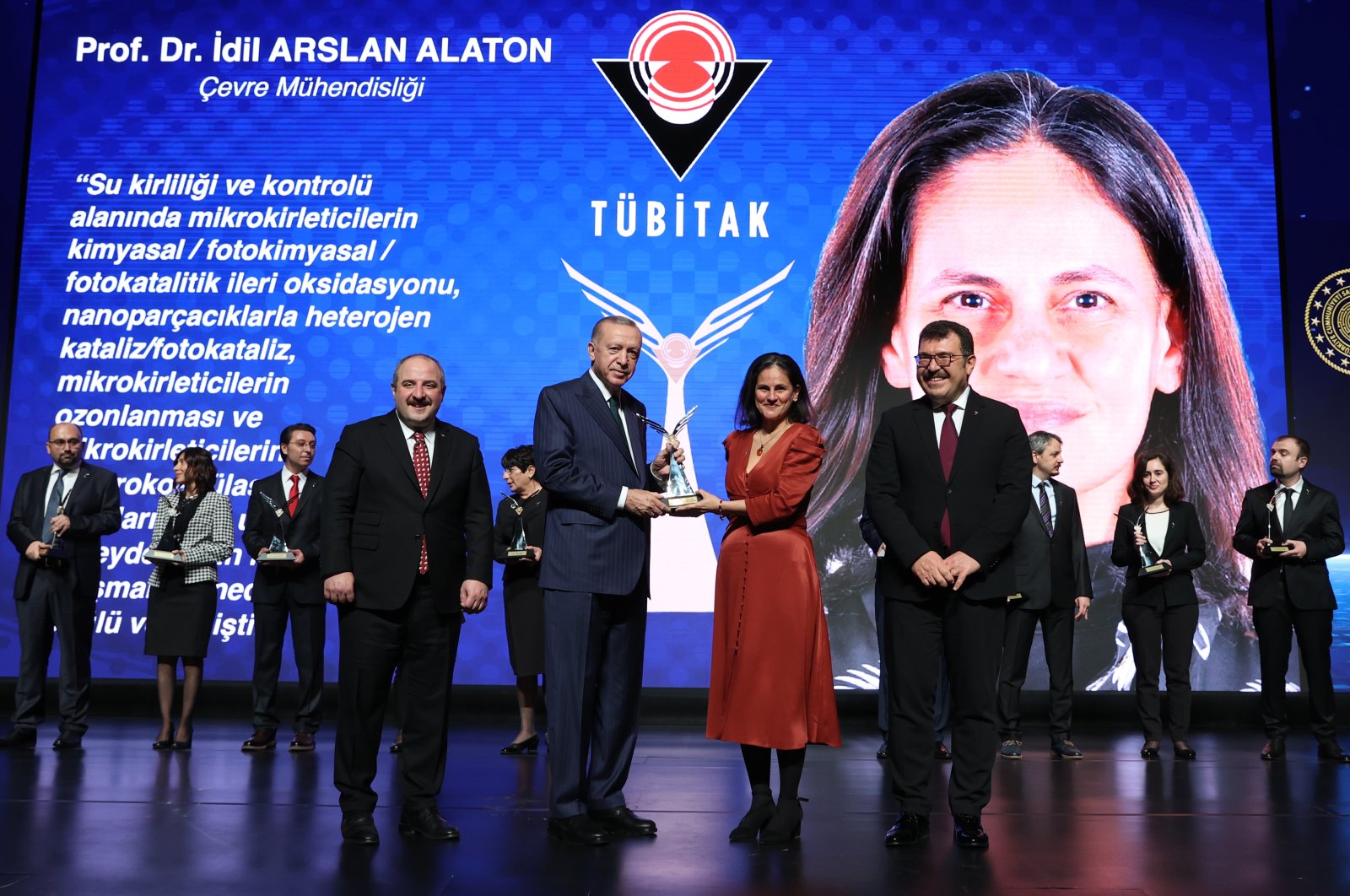 President Recep Tayyip Erdoğan handed out the TÜBİTAK and TÜBA science awards to leading scientists and young researchers, as the country strives to boost scientific output through incentives for the scientific community

Two leading science bodies handed out awards for outstanding scientists and researchers at a ceremony attended by President Recep Tayyip Erdoğan Tuesday in the capital Ankara, at the Presidential Complex.

Awards by the Scientific and Technological Research Council of Turkey (TÜBİTAK) and the Turkish Academy of Sciences (TÜBA) were given to skilled figures from different fields ranging from social sciences to chemistry. Two foreign nationals were among the recipients for this year's awards.

Sachs of U.S.-based Columbia University is awarded for his work on globalization, sustainable development, responsible production, efforts to end extreme poverty and income injustice, and highlighting the aftermath of colonialism and his "ethical stance" while Messoud Ashina, an Azerbaijani scientist from the University of Copenhagen, received his award for his work on defining new molecules through clinical studies that mapped out signaling pathways inducing migraines, shedding light on neurovascular mechanisms triggering migraines. Adsay, a professor from Koç University, was awarded for his work on the definition of tumors developing in the pancreas.

Professors Jale Yanık, Idil Arslan Alaton and Mehmet Sabri Çelik were recipients of TÜBİTAK Science Awards in basic sciences and engineering sciences, respectively. Yanık, of Ege University, was awarded for her work on the production of bio-oil and solid fuels from recycled materials while Alaton, of Istanbul Technical University (ITÜ), was recognized for her studies on micropollutants. Çelik, from the same university, was awarded for his studies on ore-dressing. These science awards come with a prize of $6,300 (TL 75,000) and a research grant worth $4,225 (TL 50,000) while TÜBİTAK rewards $2,535 to young scientists and researchers. TÜBA Awards have prize money of around $30,000 for accomplished scientists and $2,535 for young scientists.

"Having 21 women scientists among recipients is a source of pride for us," Erdoğan said at the ceremony. He also highlighted that the level of science in western civilization today traces its roots in the eastern civilization, though "they shun from referencing it." The president said Turkey was working to raise more scientists and inventors, giving the example of the nationwide technology event TEKNOFEST, where the youth exhibit their science projects.

"We run workshops and programs for future Aziz Sancars of our country," he said, referring to the famed Nobel laureate. He said Aziz Sancar himself would pick academics for a research grant program Turkey would launch next month that will bear the U.S.-based Turkish scientist's name. The president said they would also inaugurate a scholarship program in the name of the late science historian Professor Fuat Sezgin for postgraduate students who will study the history of science.