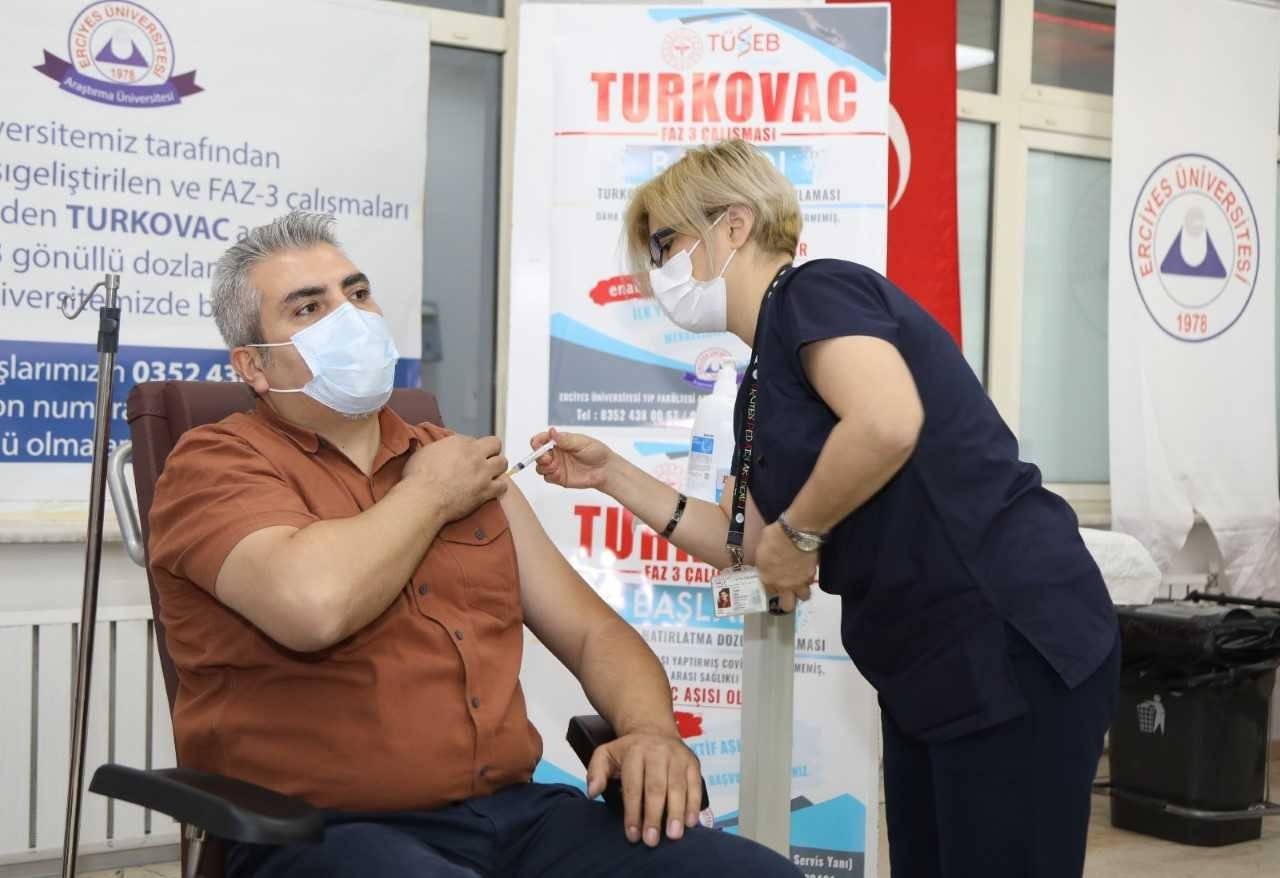 Turkovac, Turkey’s first locally made inactive vaccine against the coronavirus, counts down to mass use while results of the latest trial are promising, with no side effects detected in volunteers

As Turkey’s vaccination program continues its steady course, the country looks to add its locally developed jab Turkovac to the arsenal in the fight against the coronavirus pandemic.

Turkovac, which has been submitted for emergency authorization, is still in Phase 3 trials but results are promising, according to researchers. A hospital in the western province of Izmir reported no side effects nor coronavirus infection after inoculation among 74 volunteers.

Tepecik Training and Research Hospital in the province is among the five hospitals and centers where the vaccine is being tested as it counts down to final approval and mass production next year. Professor Şükran Köse, the coordinator of the trial at the hospital, said the staff was conducting different trials both with Turkovac and CoronaVac, a vaccine by China’s Sinovac that shares the same inactive features as the local jab. CoronaVac is one of the two vaccines currently being offered to the public, along with the Pfizer-BioNTech jab. Authorities want to offer Turkovac as another option to the unvaccinated and those in need of booster shots.

Since Oct. 11, 17 people who had not received any of the COVID-19 jabs were administered a dose of the Turkovac vaccine. Fifty-seven participants who had received two doses of Coronavac were given the Turkovac as a booster shot. None of the volunteers showed any serious side effects, Köse, who also heads the Association for Prevention of Infectious Diseases, told Anadolu Agency (AA) on Friday. None of the participants had contracted the disease so far, she added, noting that the results of their study would be soon published in detail.

Köse called upon more volunteers to join the trials, so “we can help defeat this global pandemic,” noting that more health data with more volunteers would speed up the vaccine’s development and approval process.

Researchers aim to reach 3,000 volunteers. So far, around 2,000 people have volunteered for the trials, according to November figures. Köse says although the developments are promising, vaccinated people still need to adhere to pandemic-related rules like wearing protective masks and heeding social distancing and hygiene rules, as is the case with other vaccines. The hospital in Izmir also hosted a trial of CoronaVac and administered two doses of the vaccine to 650 volunteers. Köse said this trial too did not see any serious side effects, except minor pain and fever, while only four people among the vaccinated were later infected with the coronavirus. “These results show the vaccines are efficient and we are happy that more people had access to the vaccines in Turkey in an early stage of the pandemic."

Though more vaccines are available this year, new variants such as omicron prompt concerns about whether they would provide protection. Köse acknowledged this, saying there was no concrete data about the efficacy of vaccines against omicron, the latest strain of the coronavirus.

“What we know so far is that it spreads faster and is more prevalent among children. The common view is that the existing vaccines are so far effective against this variant. We can recommend parents get their proper doses of vaccines to protect their children against this new variant,” she said.

Children are exempt from vaccination, which is not mandatory for adults either. Still, children between the ages of 12 and 15 are eligible for shots if they suffer from a chronic disease.

Turkey has long faced a surge in daily cases, with numbers fluctuating around 30,000. Yet, on Thursday, the number of cases dropped below 20,00 for the first time in weeks. Experts have branded this new wave of cases as a “pandemic of the unvaccinated.”

The country’s vaccination program has reached more than 121 million doses. More than 50 million people have received two doses of the vaccine so far. Third doses are highly recommended, especially for those who have been administered inactive vaccines, as studies and experts say they lose efficacy over time. More than 12 million people were administered third doses in the country.

Along with a low number of third doses, Turkey faces the risk of vaccine hesitancy among the population. Anti-vaxxers, who are gaining a foothold on social media, jeopardize the country’s vaccination program, which noted progress this summer when it was opened up for people of almost all ages. The country also lifted all lockdowns and most restrictions in parallel with the expanding vaccination program.