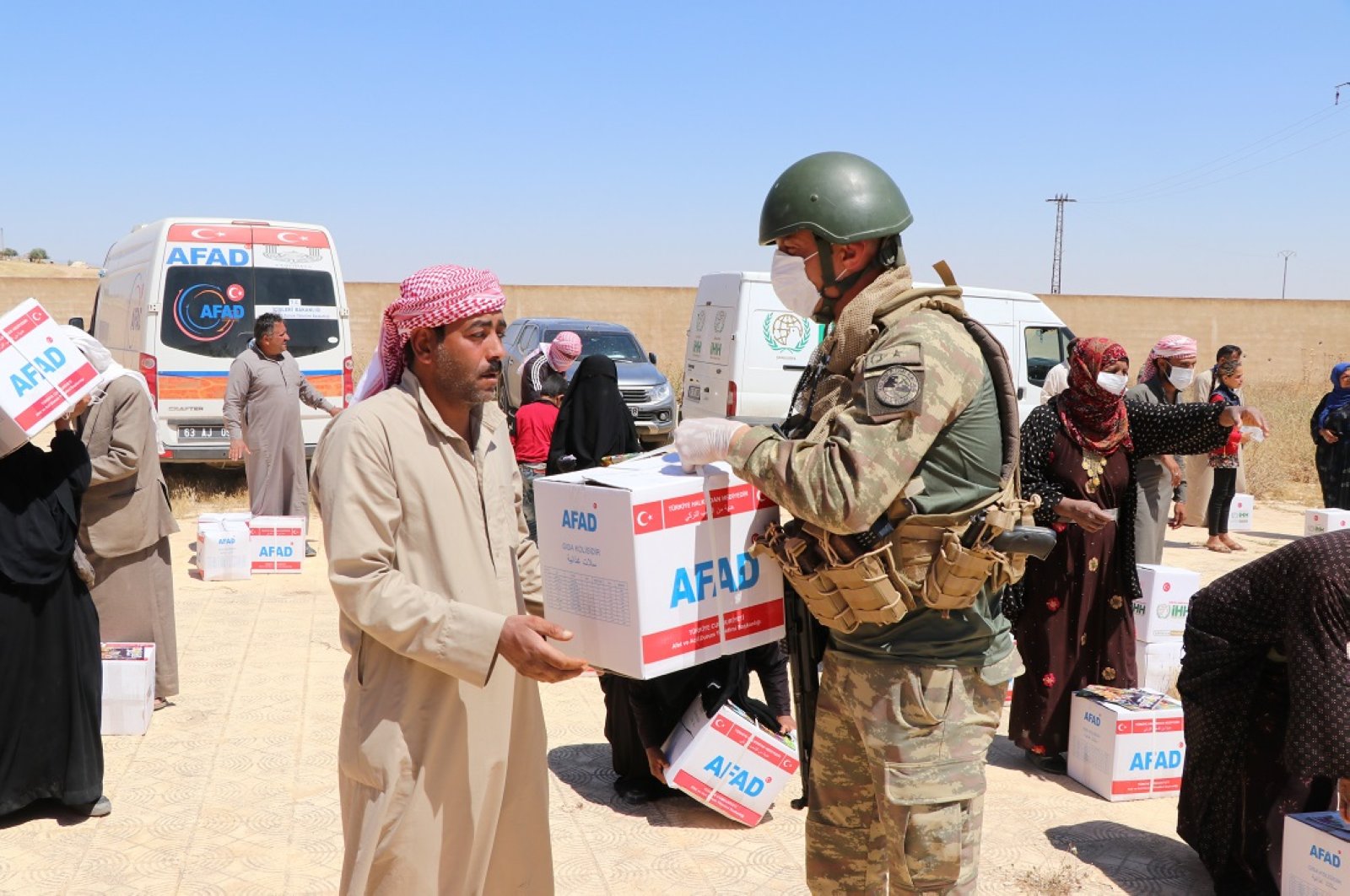 The Disaster and Emergency Management Authority (AFAD) distributed the aid in six villages of Tal Abyad, cleared of terrorists during Turkey's Operation Peace Spring, the provincial governorate in Turkey's border province of Şanlıurfa said in a statement.

Along with the food aid, face masks and toys were also distributed.

In its more than 40-year terror campaign against Turkey, the PKK – listed as a terrorist organization by Turkey, the U.S. and the European Union – has been responsible for the deaths of 40,000 people, including women, children, and infants. The YPG is its Syrian offshoot.

The Syrian regime so far registered a total to 106 coronavirus cases, including four deaths and 41 recoveries.

The coronavirus pandemic has claimed nearly 391,600 lives worldwide, with total infections in 188 countries and regions reaching over 6.66 million, while nearly 2.9 million people have recovered, according to U.S.-based Johns Hopkins University.