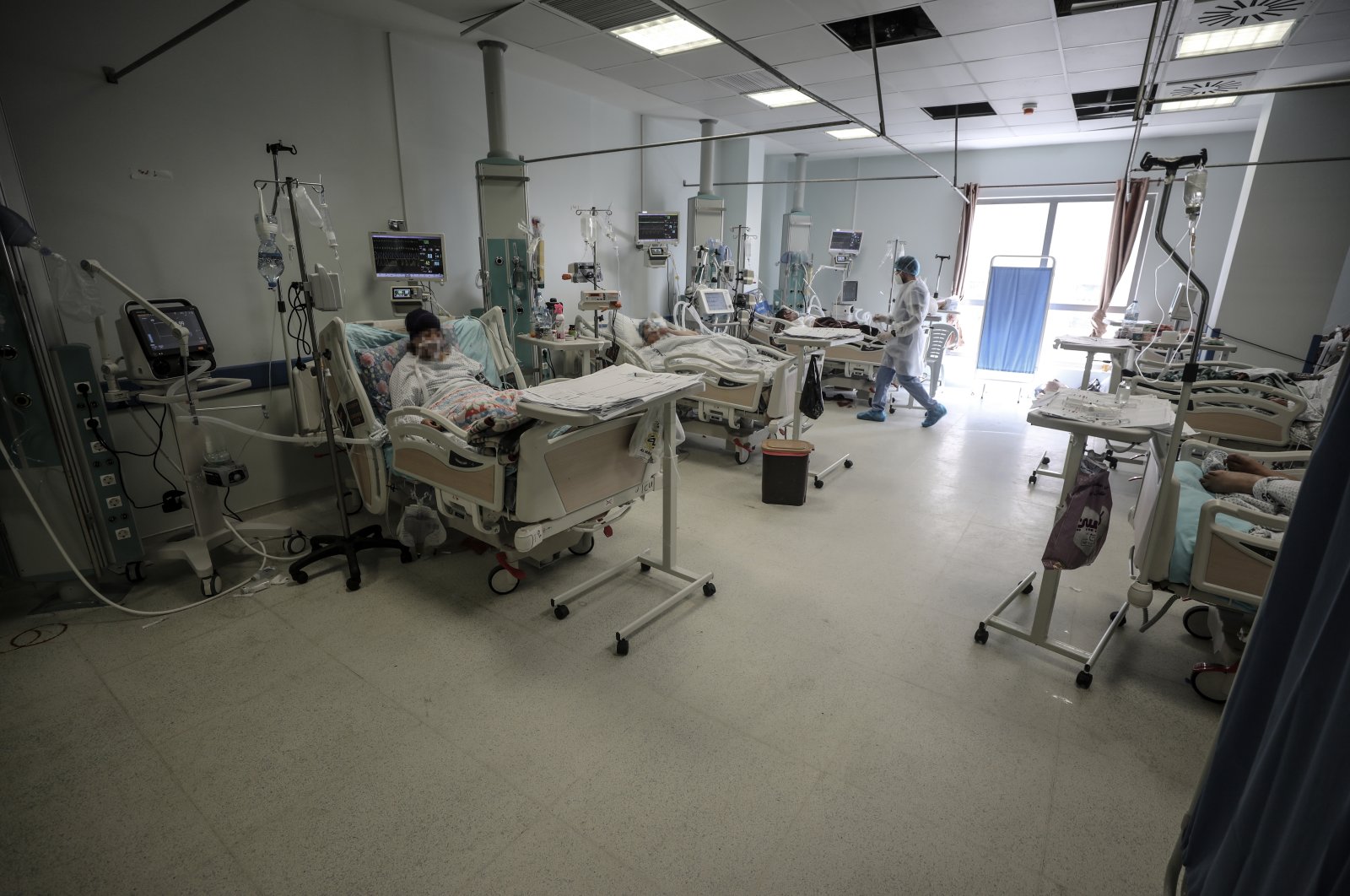 As the coronavirus pandemic takes a toll on the frail health care system, the woes of people in the occupied territory have been somewhat alleviated by a modern hospital constructed by Turkey that treated thousands in one year

The Turkish Palestinian Friendship Hospital in the Gaza Strip plays a key role in the Palestinian enclave’s fight against the COVID-19 pandemic. More than 3,500 coronavirus patients have been treated at the hospital since last year. Its chief physician Marwan al-Hams says it has been instrumental in providing public access to health care in this new era.

The hospital, constructed by the Turkish Cooperation and Coordination Agency (TIKA), was opened in 2017 in the enclave, which has been suffering from a suffocating Israeli blockade – by land, sea and air – since 2006. The Gaza Strip, which has a population of 2.1 million people, faces a dire outlook amid the pandemic. The latest figures by its health authority show 1,916 COVID-19 cases after 4,982 tests. Some 642 people have died since the beginning of the pandemic last year in the Gaza Strip while the total number of cases exceeded 75,000.

The hospital was transferred to the Palestinian authority running the enclave in March 2020 to be used as a “temporary quarantine hospital” for the pandemic. Currently, nearly 100 patients, including nine in the intensive care unit, are treated at the hospital, furnished with modern medical equipment. Turkey already sent a batch of medical aid to the Gaza Strip last year.

Al-Hams told Anadolu Agency (AA) Thursday that they have been caring for coronavirus patients since last year at the hospital and thanked Turkey for giving the “fully-equipped hospital” to the Gaza Strip. “It relieved our burden a lot,” he added. He says that the situation is critical in the enclave due to the blockade and the pandemic spreading fast.

“We are going through the worst times. We need more medical equipment as the cases are increasing,” he said. The hospital, the most modern and largest among other medical facilities in the larger Palestinian territories, is built on an area of 33,400 square meters. It consists of eight wards, four surgery rooms, intensive care units, laboratories and 180 patient rooms.

Ashraf al-Qudra, a spokesperson for Health Ministry in Gaza, says the pandemic remains a concern for them and a further rise may create a problem in finding empty beds for patients at hospitals. The enclave is currently going through a “second wave” of the outbreak.

“We had 24 patients in critical condition early March and now this number is 226. The sharp rise in the number of cases stem from U.K. variant,” he said. Al-Qudra said they have been successful so far in responding to the pandemic and they still had beds for patients but a new surge may endanger this success.

He said the ongoing blockade deprived them of the means to help the patients. “We have a shortage of medical equipment and laboratories,” he pointed out. He called upon the locals to comply with rules to contain the pandemic and urged citizens above the age of 50 to get vaccinated.

The spike in the Gaza Strip stands in contrast to the slowdown in infections in Israel. The local government, which recently imposed a Saturday curfew, also ordered new restrictions on gatherings as of March.

In the occupied West Bank, Palestinian Authority Health Minister Mai al-Kaila told the official Voice of Palestine radio last month that the rate of increase was slowing, after a wave of infections packed local hospitals. In the West Bank, more than 175,000 people have been infected and 2,004 deaths have been recorded.

Earlier this week, the Palestinian Authority (PA) received 100,000 doses of the Chinese Sinopharm jab, the largest single batch of coronavirus vaccines yet to reach the Palestinian territories. The PA's vaccination campaign was launched this month after the delivery of thousands of vaccines through the United Nations' COVAX program for poorer nations.

The Palestinian vaccine rollout has lagged well behind that of Israel, which has faced criticism for excluding most Palestinians in the occupied West Bank and the Gaza Strip from its world-beating vaccination drive. The PA announced it had started vaccinating the over-75s and some medical patients on March 21 after receiving 60,000 vaccine doses through COVAX. More than 20,000 of those doses have been transferred to Gaza. An additional 60,000 doses of the Russian Sputnik V vaccine have been delivered to Gaza from the United Arab Emirates (UAE). COVAX has also pledged doses to vaccinate another million Palestinians.

Israel has also vaccinated 105,000 Palestinians with permits to work in Israel or in Jewish settlements in the West Bank. Rights groups have called on Israel, as the occupying power, to offer vaccines to all Palestinians in the West Bank and Gaza. Israel says the PA is responsible for health services across the Palestinian territories.