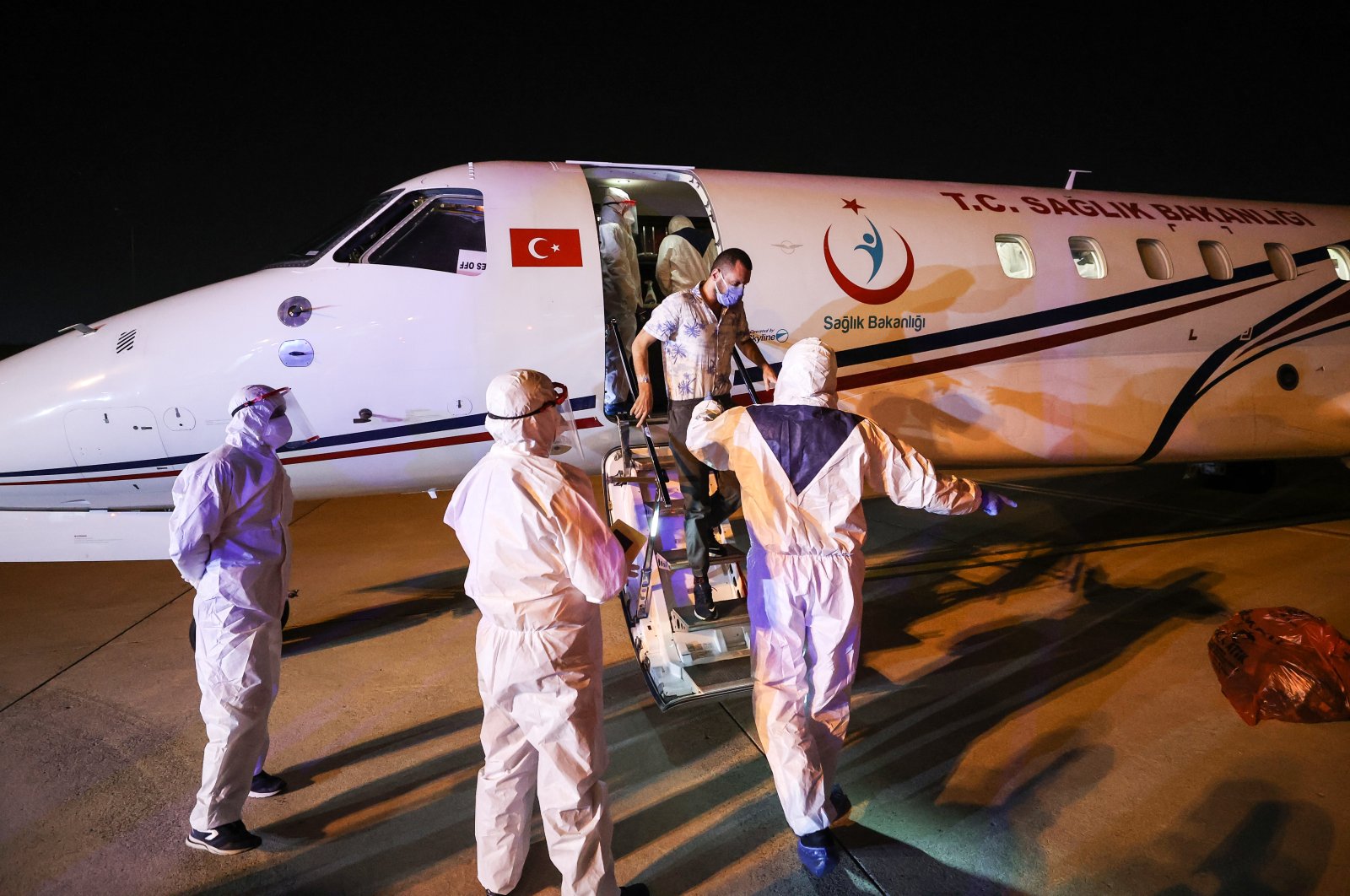 Turkey's Health Ministry brought three Turkish citizens who were infected with the coronavirus in Tanzania to the country for treatment. The citizens, identified as Halil A., Eyyüp K. and Oğuzhan A., were taken to Istanbul by an air ambulance early Tuesday. They will be treated at a hospital in Istanbul. The three men had applied to Turkish authorities for treatment in Turkey earlier.

Turkey, which offers free-of-charge air ambulance services for its citizens, occasionally brings COVID-19 patients from pandemic hot spots around the world for treatment.

The African country of some 60 million people had reported 509 cases but did not update its number of infections since April. On Sunday, President John Magufuli had acknowledged “a coronavirus problem” in the country, months after claiming the outbreak was defeated. The virus had claimed the lives of several high-profile names in the country, including vice president of the semi-autonomous Zanzibar region and the president’s chief secretary. The director-general of the World Health Organization (WHO), Tedros Adhanom Ghebreyesus, has added his voice to growing calls for Tanzania to acknowledge COVID-19 for the good of its citizens, neighboring countries, and the world, especially after a number of countries reported that visitors arriving from Tanzania tested positive for the virus. Tedros in a statement on Saturday called Tanzania’s situation “very concerning” and urged Magufuli's government to take “robust action.” Others recently expressing concern include the United States and the local Catholic church.