Patient left for dead in Netherlands brought to Turkey 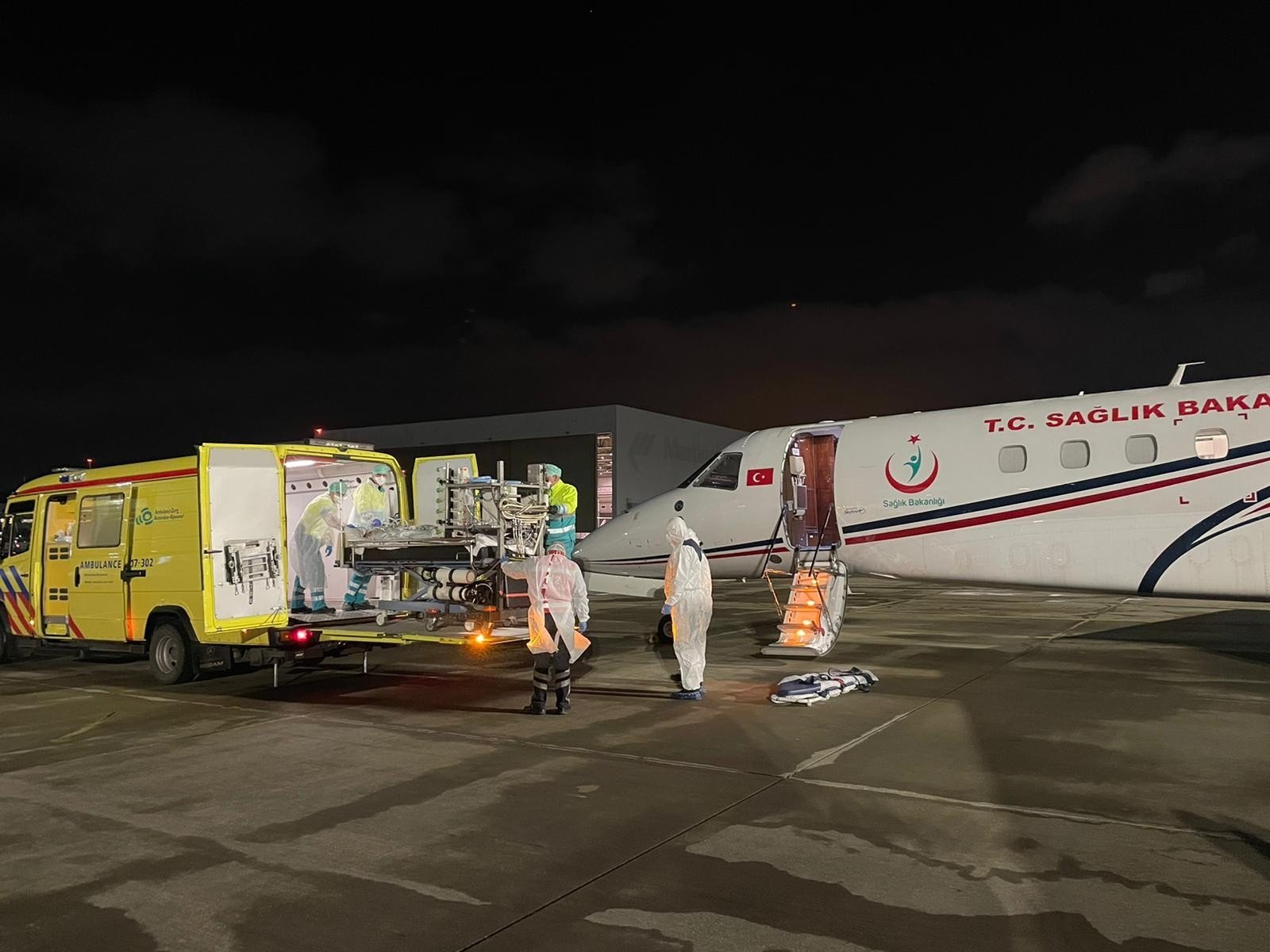 Turkey airlifted a Turkish Dutch citizen late Wednesday after his family claimed he had been left for dead by a Dutch hospital where he was hospitalized for COVID-19. The family had sought help from his native country after Dutch doctors told them he would be unplugged from the life support unit.

Selahattin Kandaz was taken to OLVG Oost Hospital in Amsterdam on Jan. 15 after he was diagnosed with the coronavirus. He was taken to the intensive care unit when his condition worsened. According to his family, doctors decided to turn off the life support unit for Kandaz, “who was not responding to treatment.” His daughter Müberra Kandaz had contacted Turkish officials for her father’s treatment. The Health Ministry decided to send an air ambulance to bring Kandaz to Turkey. The air ambulance picked him from Schiphol Airport and brought him to the capital Ankara where he will be treated at a Turkish hospital.

“We still cannot believe it. My father was able to talk and was even making jokes when he was first hospitalized. But three weeks later, doctors told us they would ‘conclude’ treatment (this Friday). They said my father was not responding well to the treatment. We opposed it and decided to seek treatment elsewhere. We talked to Turkish officials and filed a petition for his transfer to Turkey,” Müberra Kandaz told Demirören News Agency (DHA) on Wednesday.

Turkey boasts a free-of-charge air ambulance service for its citizens all across the globe. In April 2020, Emrullah Gülüşken, another COVID-19 patient, was airlifted to Turkey from Sweden where his family claimed he was unable to receive treatment. Turkey also started a mass evacuation for citizens stranded abroad amid the pandemic last year. More than 100,000 citizens were brought to Turkey from 141 countries on charter flights in just one year. The country also regularly dispatches air ambulances to other countries to transfer coronavirus patients who wish to be treated in Turkey.

The Netherlands, which was gripped by days of rioting over its curfews to prevent the spread of the virus, has lost more than 14,500 people to the coronavirus. The seven-day rolling average of daily new cases in the country declined over the past two weeks, from 30.68 new cases per 100,000 people on Jan. 24 to 23.05 new cases per 100,000 on Feb. 7. However, the country's public health institute has repeatedly warned that the more infectious variant is spreading more rapidly and will lead to an increase in infections and hospitalizations.

Figures show more than half of intensive care unit beds in the country are occupied by coronavirus patients while intensive care admissions per day are at an average of 22.