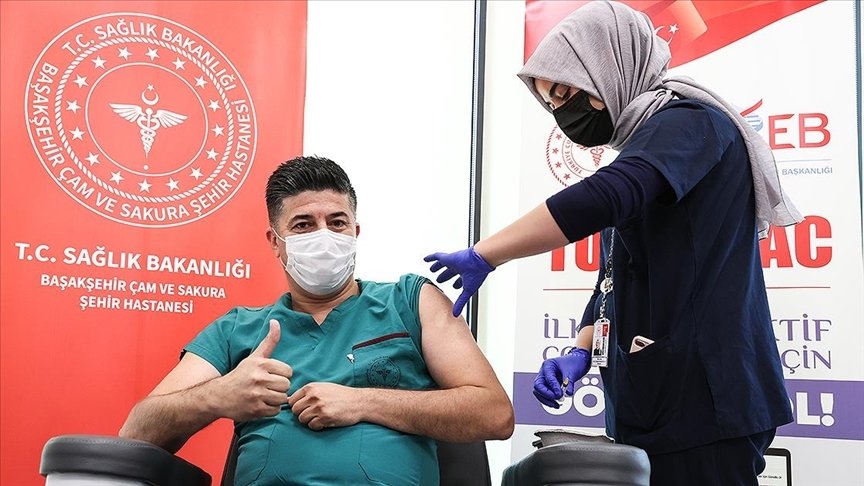 Speaking at an event in the central province of Kayseri, professor Aykut Özdarendeli said their work on transgenic mice resulted in 100% efficiency against the alpha variant, adding that they are working on its effectiveness against the more widespread delta variant. Turkovac, an inactive vaccine, entered the final phase of trials in June. It is being developed by researchers at Erciyes University in Kayseri and endorsed by the Health Institutes of Turkey (TUSEB). Once the trials are complete, it is expected to be the first domestically developed vaccine to be available in the country. Özdarendeli said the vaccine is expected to be ready to be administered to the general public by the end of this year.

Özdarendeli said that Turkovac, China’s inactive vaccine Sinovac, and Pfizer-BioNTech’s mRNA vaccine appear not to cause any serious side effects according to current data. “So far, all vaccines have partial side effects and all proved to be efficient against coronavirus,” he said. Sinovac and Pfizer-BioNTech jabs are currently only two vaccines available to the Turkish public. The country started its vaccination program in January and currently ranks eighth in the world in vaccinations, according to Our World in Data website. The latest figures show the country administered more than 77 million doses as of Monday. Nearly 30 million people received both doses of vaccines.

Turkey registered a new surge in daily coronavirus cases, reporting above 20,000 over the past week. Still, it is not a substantial rise, according to professor Mustafa Necmi Ilhan, a member of the Health Ministry’s Coronavirus Scientific Advisory Board. Ilhan told Demirören News Agency (DHA) on Monday that the vaccination program was instrumental in keeping the rise in check. “We would have much more cases if we did not have 40% of the population vaccinated with two doses or able to generate enough antibodies though they had only one dose,” he said.