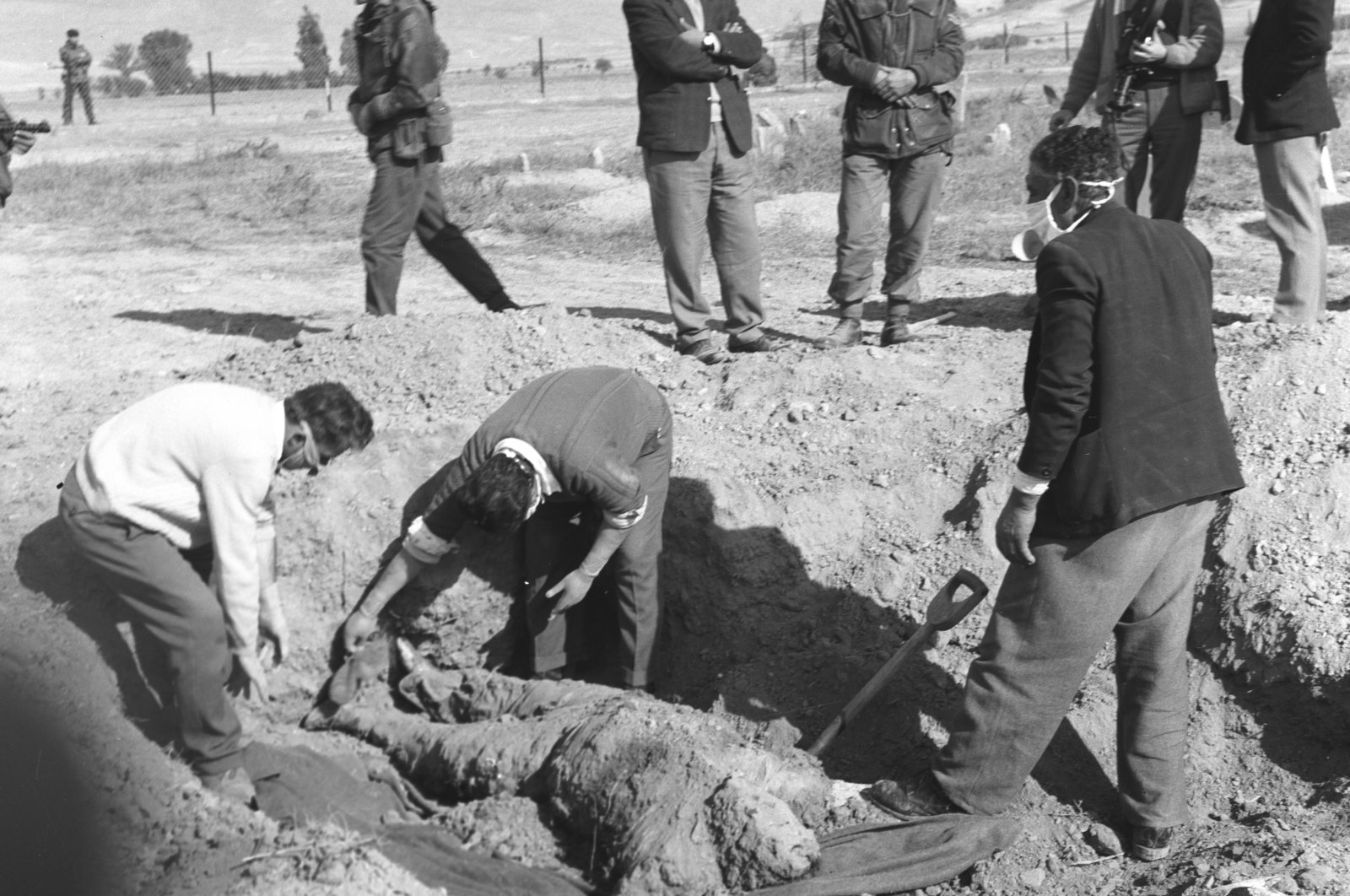 Turkish Cypriots on Monday honored 11 children massacred by the Greek Cypriot EOKA terrorist group on Aug.11, 1974, as part of an anti-Turkish campaign on the island.

The children, the youngest of whom was 3 years old and the oldest 17, whose remains were identified by the Committee on Missing Persons in Cyprus, were buried in individual graves with a state ceremony.

On Aug. 11, 1974, Greek Cypriots massacred Turkish Cypriot women and children in the villages of Muratağa and Sandallar, currently in the southeastern part of the Turkish Republic of Northern Cyprus (TRNC).

After 47 years, the process to identify the remains of the children, buried in a mass grave, has finally been completed.

Addressing the ceremony, TRNC President Ersin Tatar said they are all sorrowful. "They made no discrimination among women, children and babies, massacring innocent civilians. They believed they could exterminate us, but as we stand here before our martyrs, we say to the world that we will not return to pre-1974 conditions," he said.

"Turkey's active and effective guarantees must continue so that we may live freely, independently and in security. The presence of the Turkish Armed Forces is the sole security and assurance of the Turkish Cypriot people."

Tatar reiterated that Turkish Cypriots would never accept an imposed settlement or become a minority within a Greek Cypriot state.