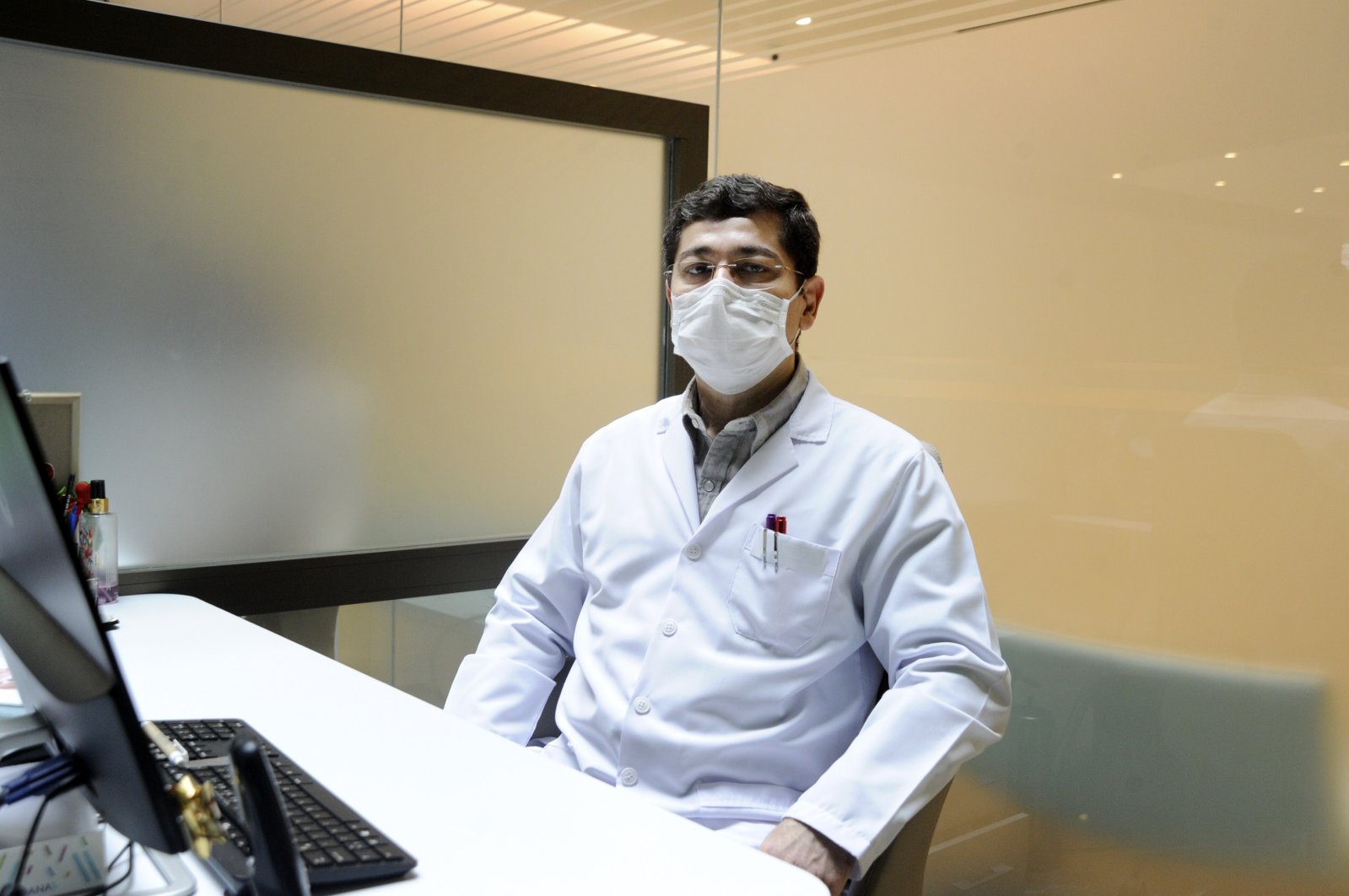 A Turkish doctor who recovered from the coronavirus described the spreading speed of the virus as a "horror movie" after seeing his own respiratory scans.

Dr. Ahmet Cem Özuğuz, an infectious disease specialist at Medicana Hospital in Istanbul's Kadikoy district, told Anadolu Agency (AA) his experience with the disease, which has killed over 160,000 people and infected more than 2 million others across the world.

On March 22, more than a week after Turkey confirmed its first COVID-19 case in the country, Özuğuz went to the hospital for his daily rounds to treat patients infected with the virus.

That day he had a slight fever, so he had a blood test, which came back within normal parameters, and later he had a lung examination, which did not indicate any problems as well.

Feeling anxious, Özuğuz had a CT scan for his lungs and saw abnormal findings in two areas of his lung.

After his scan, Özuğuz decided to stay at the hospital to have a coronavirus test.

"I was thinking I would stay at the hospital for four or five days but in the end, I had to stay for 20 days, including almost a week that was tormenting due to the uncertainties about the disease and treatment."

The coronavirus death toll in Turkey reached 1,890 as of Saturday, with 82,329 cases to date, according to the country's Health Ministry.

Since the virus emerged in China last December, it has spread to at least 185 countries and regions.

Calling his time at the hospital "indescribable,” Özuğuz said he had a second CT scan for his lungs as his fever persisted.

"I looked at the results for a while, and I got frightened to continue. The speed the virus multiplies inside the lungs is something out of a horror movie. I’ve treated countless pneumonia patients, but I haven’t seen anything like it,” he said.

"A virus moves so fast, it destroys and wipes out the lungs."

The doctor said while the majority of the patients recover from the virus, it still can leave permanent damage in a patient’s body. He said he lost 12 kilograms (26.5 pounds) during his fight with the virus, and despite recovering, his liver and lungs were showing signs of permanent damage.

"The simplest thing to do during this time is to stay at home to break the cycle of transmission."