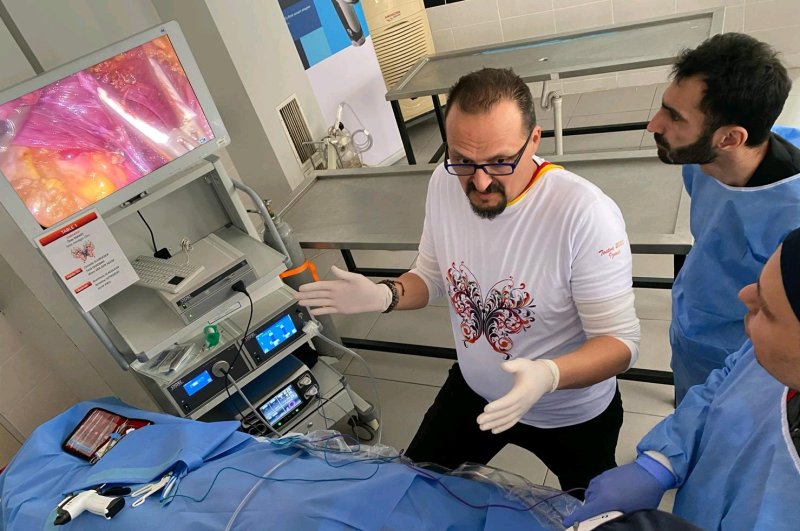 A surgeon in western Turkey is training doctors from around the world on closed thyroid surgery. Dr. Özer Makay, a general surgeon and professor at Ege University in İzmir province, conducted his first transoral thyroid surgery in 2017. Makay and his team later headed the establishment of a physician training center in the university specializing in performing the endoscopic procedure – one of only four in Europe. They have performed surgeries in Azerbaijan, Georgia, Bulgaria, Romania, Poland and the Netherlands. Transoral endoscopic thyroid surgery is a procedure on the thyroid gland that differs from other forms of the surgery as it does not involve incisions into the neck, where the gland is located.

Makay told Anadolu Agency (AA) that he and his team had received invitations to hold conferences on the procedure in many countries in Europe. "We thought about ways to explain this technique to our colleagues. Then, we created the world's first closed thyroid surgery atlas to better explain this method to our colleagues through international collaboration," he said. Makay went on to say that the atlas was first translated into Greek and later into Russian, Italian, Georgian and English. "Turkish doctors used to travel to European and Far Eastern countries for training, but now doctors from these places come to Turkey. We train them in our operating rooms," he said. "We perform the surgery through the lower lip and through three tunnels created using an endoscopic device," he said. "In open surgery, a scar remains on the patient's neck. This method of surgery is preferred by some patients as it doesn't leave a scar," he added.