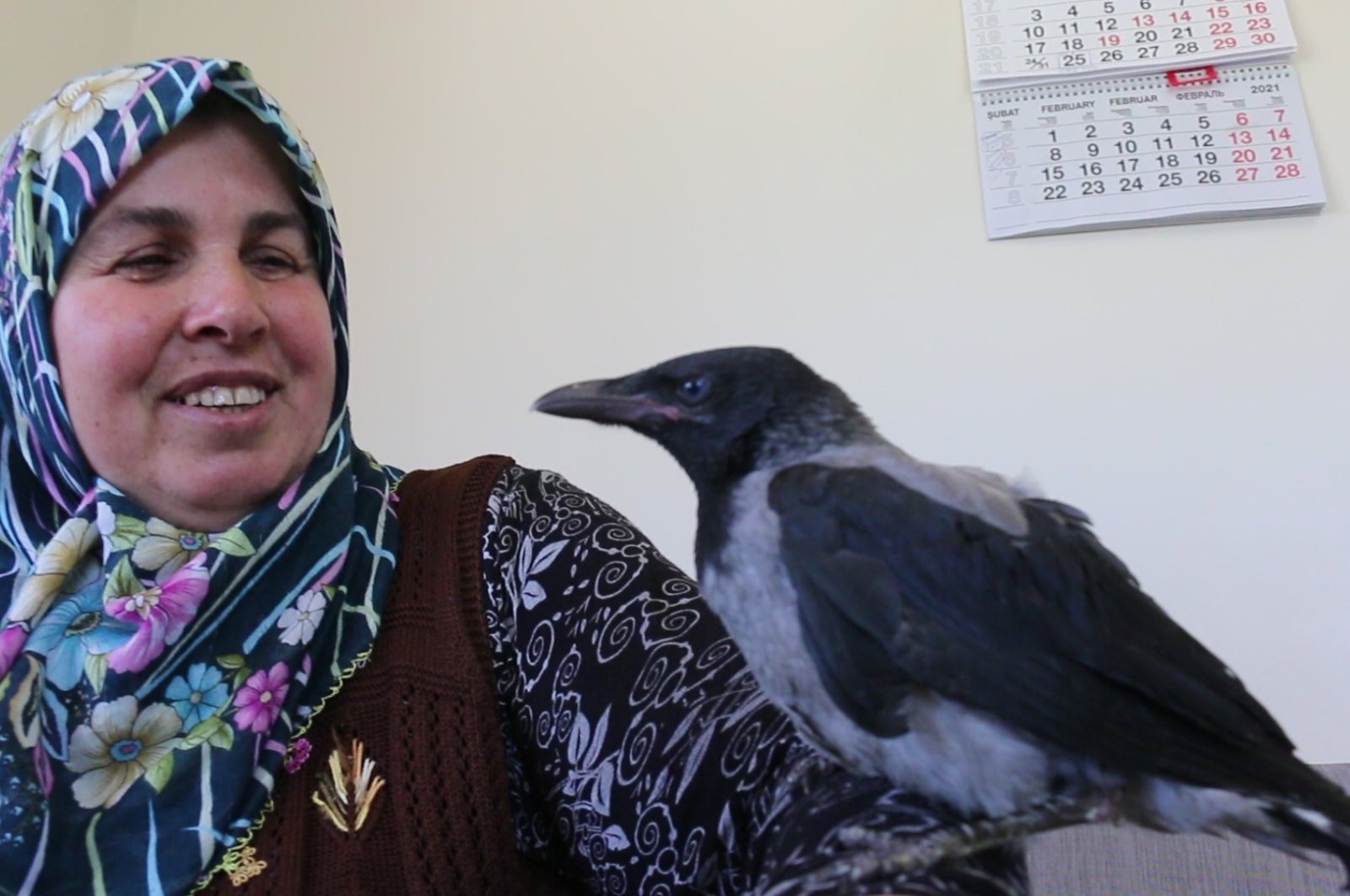 Crows, though not pets, can sometimes prove to be good companions to humans. A couple living in the northern Turkish province of Bolu found this out after they provided shelter for a crow chick they saved from certain death. The chick, who fell from his nest after an eagle attacked it in the province’s Bulanık village, is slowly recovering from his wounds and will soon be back in the air. Until then, the Yanıkoğlu family says they will care for him. “He's gotten used to us very much,” Mesut Yanıkoğlu says, as the bird perches on his head before taking off for a nearby table.

The couple noticed the young bird when he hit the ground after an eagle raided the nest atop a poplar tree near their home some two weeks ago. When he was unable to fly again, they decided to take him in. Since then, the bird has become a part of the family. Every day, they feed him with meat and liver and spend most of their time with the new family member. The bird they named Hasan soon grew fond of Mesut and his wife Fatma and often lands on their shoulders and heads. He is still practicing his lost sense of flight and once he is able to fly fully on his own, the couple will consider releasing him back into nature.

“I heard a noise outside one day. Birds were shrieking. When I went out, I saw the eagle taking off with a crow chick he snatched. Hasan was on the ground. He could not fly. I grabbed him before cats and dogs snatched him,” he says about his first encounter with the chick. “We did not know how to take care of a crow. We did not know how to feed him. I asked my friends and they told me to feed him meat and fish,” he added.

Yanıkoğlu said he was trying to train the crow to fly but he appears not interested in leaving them. “He's gotten used to us very much. He is a very cute animal. He is almost like one of us. He has breakfast with us and sleeps when we go to bed,” he said. Yanıkoğlu added that the chick’s friendship disproves a common Turkish saying: “Besle kargayı, oysun gözünü” – which can be roughly translated as “feed the crow, he will gouge your eye” – a saying attributed to ungrateful people. Still, Yanıkoğlu says it is best for him to go back where he really belongs. “I don’t want to release him now because cats and dogs could snatch him as he cannot fly properly,” he added.

Fatma Yanıkoğlu says the crow is very lovely and has become a “mascot” for their home. “He doesn’t eat what he does not like and he shrieks when he gets hungry. He appears happy here. Releasing him will be tough for us,” she says.