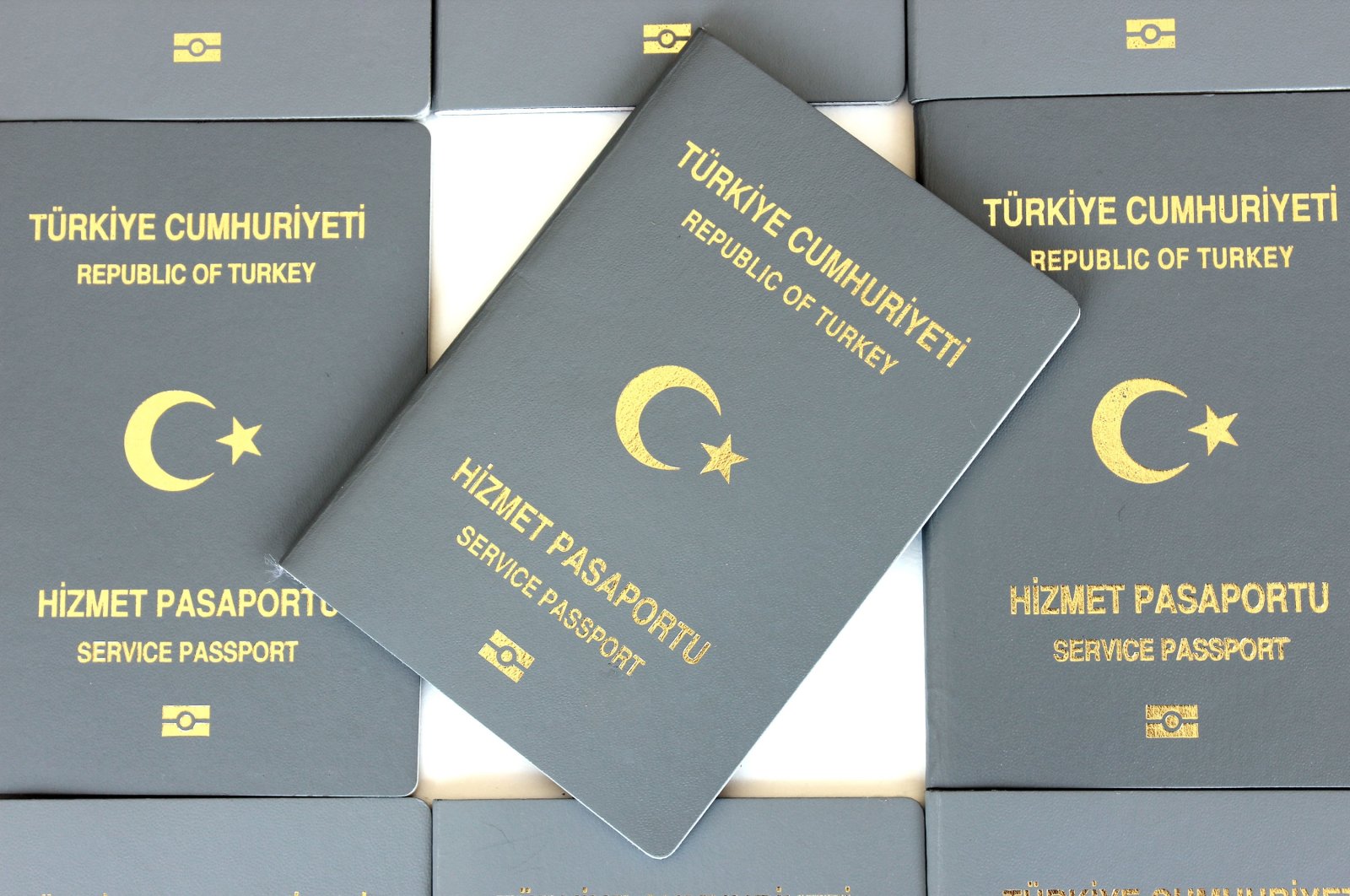 The service passport, or grey passport, is only for people who travel abroad for state duties and can be approved by municipalities. (SHUTTERSTOCK PHOTO)
by DAILY SABAH Apr 16, 2021 4:48 pm
RECOMMENDED

The Interior Ministry announced on Friday the temporary suspension of the issuance of “service passports” to people who are not civil servants after a scandal erupted in the eastern province of Malatya. It was recently made public that 43 out of a group of 45 people who traveled to Germany in September 2020 for a trip arranged by the local municipality had not returned. Some among the group had talked to Turkish media outlets and claimed they sought asylum in the European country.

“Service passports,” also known as “gray passports,” can be issued for people on official duty, and municipalities can request a passport for anyone who would take part on any official trip. It provides visa-free entry to various countries. Those sent to Germany by the district municipality of Yeşilyurt were apparently on a trip organized by a Hannover-based Turkish company, in association with a local nonprofit for environmental causes. Mayor Mehmet Çınar had announced earlier this week that a deputy mayor was fired over the incident and claimed it was that deputy who led a project involving travel abroad in cooperation with an association. Çınar had said that the project, which included learning about environmental issues and actions against them practiced abroad, required approval of the municipal council for passports to be issued. “We heard some people did not return and launched our own investigation, whether there is neglect,” Çınar told a press conference on Wednesday.

In a statement Friday, the Interior Ministry said that the deputy governor, the local director of the civic registry in charge of arranging passports and two others were suspended while the investigation was underway. The ministry’s statement said “abuse” of the scheme was not uncommon and the governorates were repeatedly warned against people taking advantage of the passport. The ministry said such attempts to smuggle people abroad under the guise of “learning and culture trips” were thwarted before, including a police operation in the capital Ankara last month against people who arranged such trips.

Germany is a popular destination both for those arriving from third countries to Turkey as illegal migrants, as well as wanted suspects of terrorist groups like the Gülenist Terror Group (FETÖ) and the PKK.

In 2017, an investigation was launched when a folk dance company’s trip to Hungary ended with 11 members leaving the country for asylum in the European country.