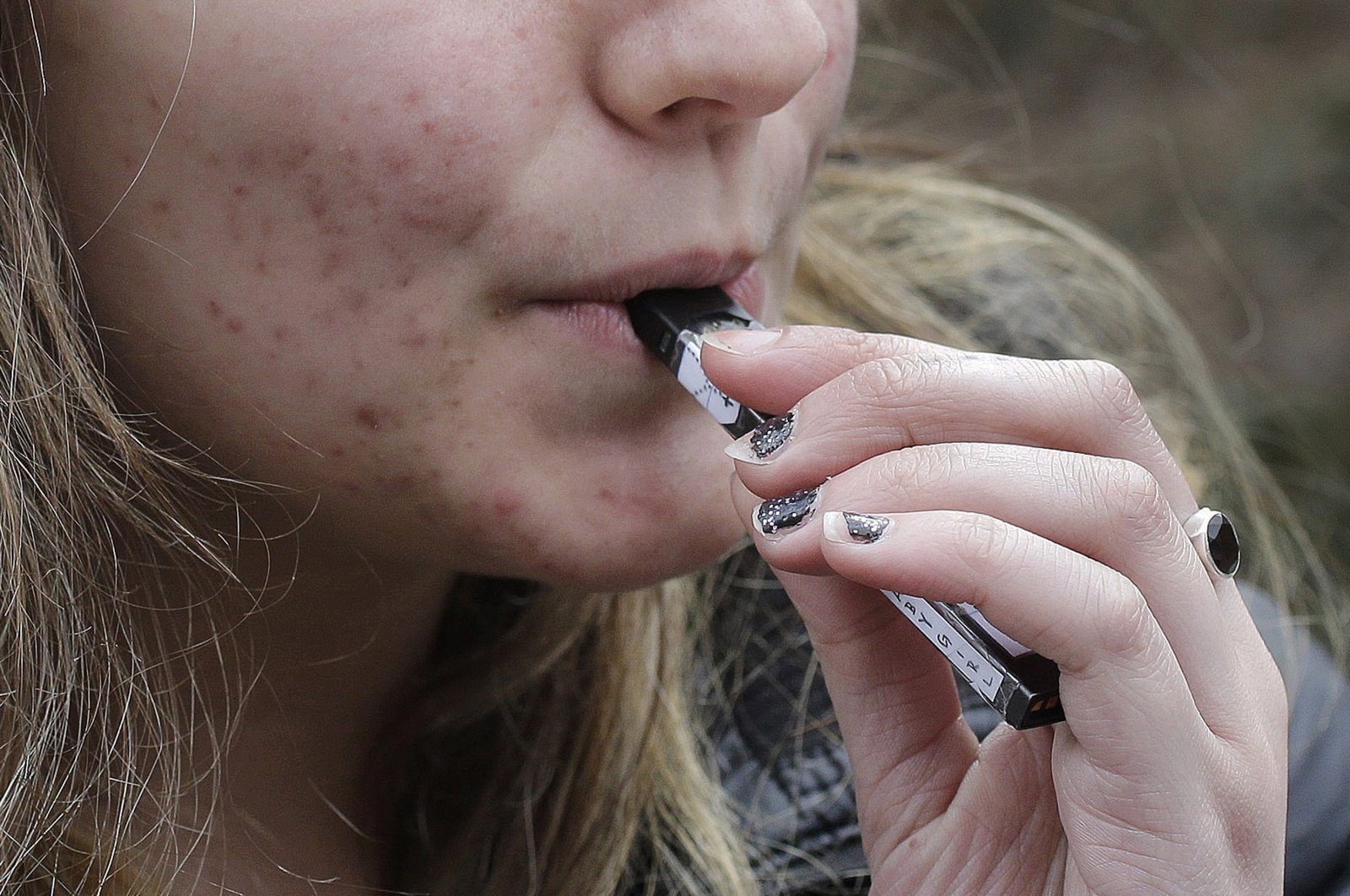 After a smoking ban in public places in 2009, Turkey recently imposed a ban on the sale and export of electronic cigarettes, which are considered just as harmful as smoked tobacco. (AP PHOTO)
by Daily Sabah with AA Oct 22, 2021 9:28 am
RECOMMENDED

A nongovernmental organization (NGO) focused on raising awareness about the dangers of smoking slammed an upcoming online event that it claimed promotes the use of tobacco products, specifically e-cigarettes.

In a press release, the Initiative to Protect Children from the Tobacco Epidemic and Its Harm demanded that the Economic Policy Research Foundation of Turkey (TEPAV) cancel an online seminar with the tobacco industry set for Friday on the grounds that it would contribute to the normalization of products known to be harmful to public health, especially children.

Alleging that TEPAV aims to normalize the use of electronic cigarettes and tobacco products, the initiative also urged the foundation to "put an end to any collaboration with the tobacco industry, notably the Foundation for a Smoke-Free World." The press release claimed that the Foundation for a Smoke-Free World funds the writing of unscientific, manipulative reports, which will be shared with experts during the online seminar. Emphasizing the danger smoking poses to public health, especially children and young people, the press release urged TEPAV to avoid actions and associations that could promote the use of highly addictive substances like electronic cigarettes and other tobacco products.

The NGO cooperates with 27 organizations including the World Health Organization (WHO) to fight the "malicious" industries promoting the use of tobacco, with the ultimate aim of creating a civil society that is aware of the harmful effects of such products.

An earlier attempt by the foundation to hold an event faced similar criticism.

Earlier this year, a former employee of the Foundation for a Smoke-Free World filed a suit against the foundation in New York, claiming it was tied to tobacco companies and attempting to promote teen vaping. The foundation openly supports the use of electronic cigarettes as a way "to reduce deaths" from smoking. A report by Agence France-Presse (AFP) had claimed that the foundation, established in 2017, had full financial backing from Philip Morris International.

While using electronic cigarettes is allowed in Turkey, the import and sale of the device within the country are strictly banned. Turkey had previously managed to implement a comprehensive smoking ban and brought down smoking rates among a population notorious for chain-smoking. While smoking remains popular in Turkey, authorities are working to further eradicate the harmful habit by offering free treatment, although currently for a limited number of smokers.