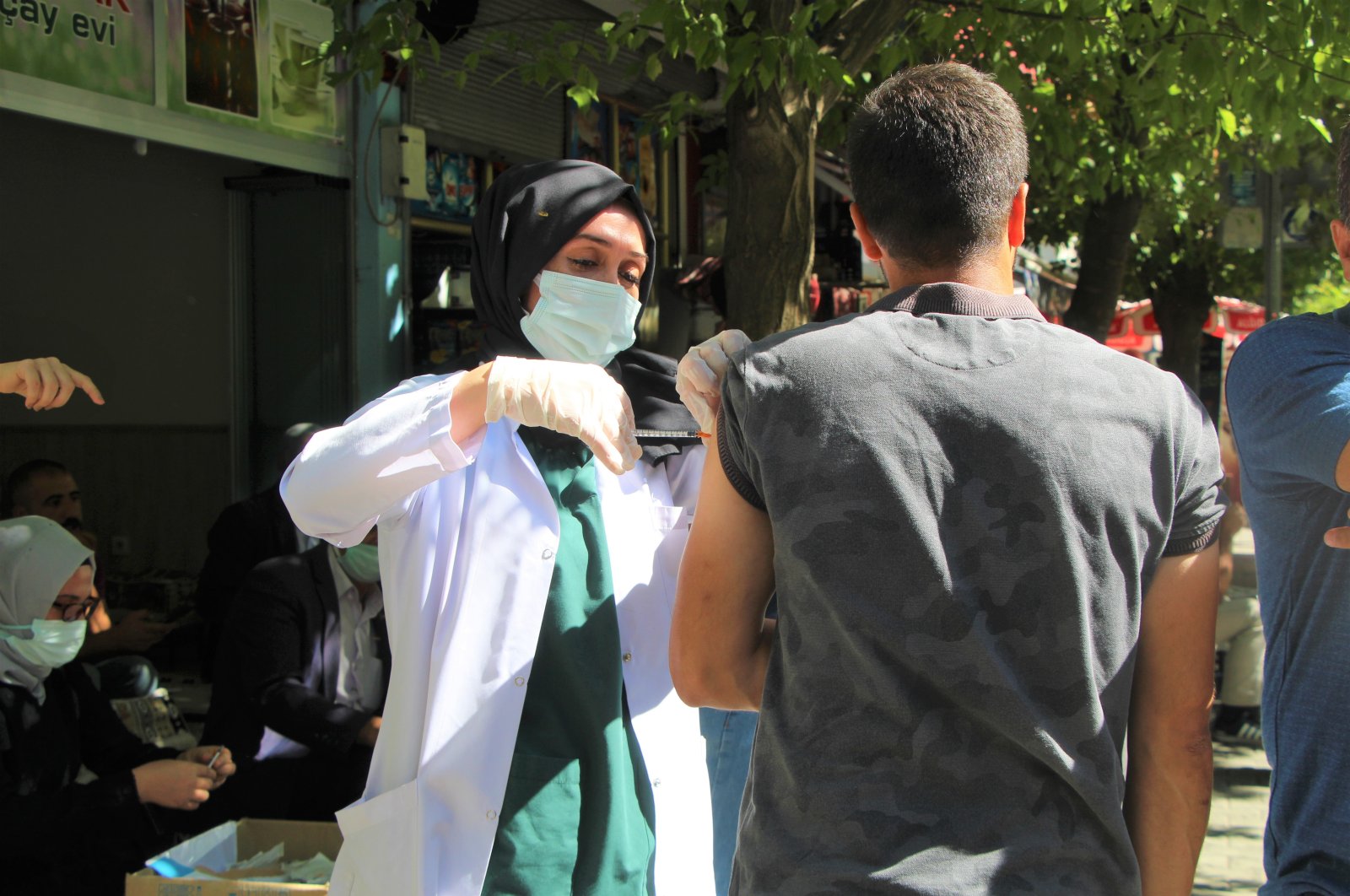 As Turkey seeks to boost the numbers in its COVID-19 vaccination program, Health Minister Fahrettin Koca urged the public to get their third dose of vaccine.

COVID-19 booster shots increase protection against the disease, Koca said late Wednesday. In a written statement issued after a virtual meeting of the Coronavirus Scientific Advisory Board that advises the government on pandemic measures, Koca said people who have received three shots account for less than 2% of the overall COVID-19 cases in the country. Nearly 90% of active cases in hospitals are people who have not been vaccinated or received only one jab, he explained, adding that only 10% of fully vaccinated people are currently receiving hospital treatment. It is also expected that those who received two doses of mRNA vaccines will require a booster shot five to six months after being administered the second dose, he said.

"About 6 million of our citizens are eligible to receive their booster shots," Koca stated, calling on the public to "not waste time" getting vaccinated.

Turkey has administered over 100 million COVID-19 vaccines since launching its immunization campaign in January, according to official figures released on Wednesday. Over 50.8 million people in Turkey have received their first doses, while more than 39.5 million are fully vaccinated, the Health Ministry said. The data showed that at least 81.6% of the country's adult population has received at least one dose of a two-shot vaccine. Turkey has also given third shots to over 9.2 million people.

Two key steps to counter the coronavirus – getting fully vaccinated and complying with the individual safety measures – will prevent new variants from emerging, according to a Turkish infectious diseases physician.

Speaking to Anadolu Agency (AA), Dr. Ismail Balık, head of the Infectious Diseases Department at Ankara University, said that the mu variant of the coronavirus recently reported in Turkey and the other variants that may emerge are important, but there is no need for concern as they are being closely monitored across the world. Koca on Monday announced that two cases of the mu variant were found in Turkey, adding that the ministry does not intend to implement any additional measures at the moment. First discovered in Colombia in January 2021, the mu variant continues to spread in the South American country, where it accounts for 39% of infections while in Ecuador it accounts for 13% of cases. Although its global prevalence stands at less than 0.1%, the variant has been detected in 39 countries to date.

The mu variant is the World Health Organization's fifth "variant to watch closely," Balık underscored, adding that that the virus mutates as it finds a medium of transmission. The transmission rate of the mu variant is currently thought to be at least on par with the delta variant, he said. He stressed that in order to prevent new variants and COVID-19 waves from emerging, people need to get fully vaccinated, wear masks, observe social distancing and follow hygiene measures. "The increase in the number of cases triggers the emergence of new variants. Vaccination is the most powerful weapon in preventing this," he said. Noting that the number of COVID-19 cases in Turkey has fluctuated around 20,000 "for a long time," Balık said there are over 500,000 active cases across the country.

He underlined that with the start of in-person education in Turkey and increased mobility, such as people returning from holiday to metropolitan cities, there is a risk there will be a rise in new infections unless measures are taken. "We have two weapons at our disposal to prevent further increase in the number of cases; vaccines and precautions," he said."If 80%-85% of all citizens over the age of 12 fully receive the full dose of vaccines, the emergence of new variants and the growth of the pandemic will be prevented," the physician emphasized.