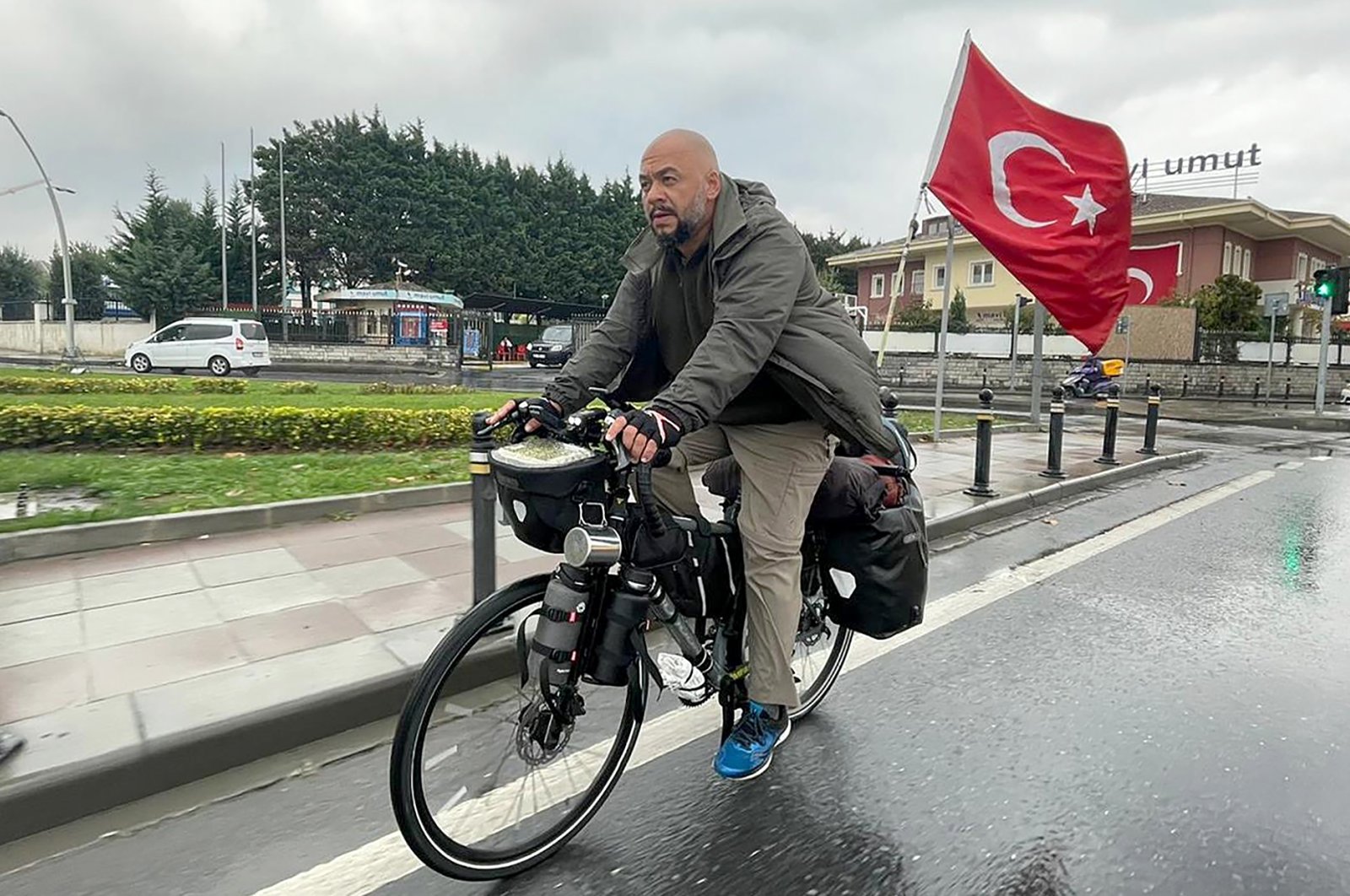 A Turkish man residing in Germany set out in 2020 on a cycling tour that has taken him to various parts of the world on his mission to raise awareness about the scourges of racism and Islamophobia.

Recai Karaca Pak is riding his bike to spread a message: that the racist and Islamophobic news reports against Muslims and Turks in Europe are unfounded.

The 47-year-old engineer hit the road in August last year and reached Turkey in the sixth week. After visiting various Turkish provinces for a year, Pak came to Istanbul on Oct. 29.

Speaking to Anadolu Agency (AA) about his long journey, Pak said there is an ongoing smear media campaign against Muslims and Turks in Europe.

"This situation opens the door to racism. I jumped on my bike to raise awareness and set off from Europe to Turkey. I traveled to many European countries and told people that the propaganda against Muslims was wrong," he said.

"Muslims face racism and encounter difficulties in finding a job or renting an apartment in many places. Our mosques face over 400 attacks in a year. The solution is to introduce and express ourselves," Pak said, noting that he wanted to inform the world about being a Turk, as well as about the Turkish culture and the extent of racism against Turks and Muslims.

Saying that he will go to Mongolia from Turkey by plane and then return to Turkey on his bicycle, Pak added, "I plan to travel nearly 14,000 kilometers (8,700 miles) by cycling to the places of our ancestors. We will put up a sign against all kinds of racism wherever we go. Many people will accompany me on this journey."