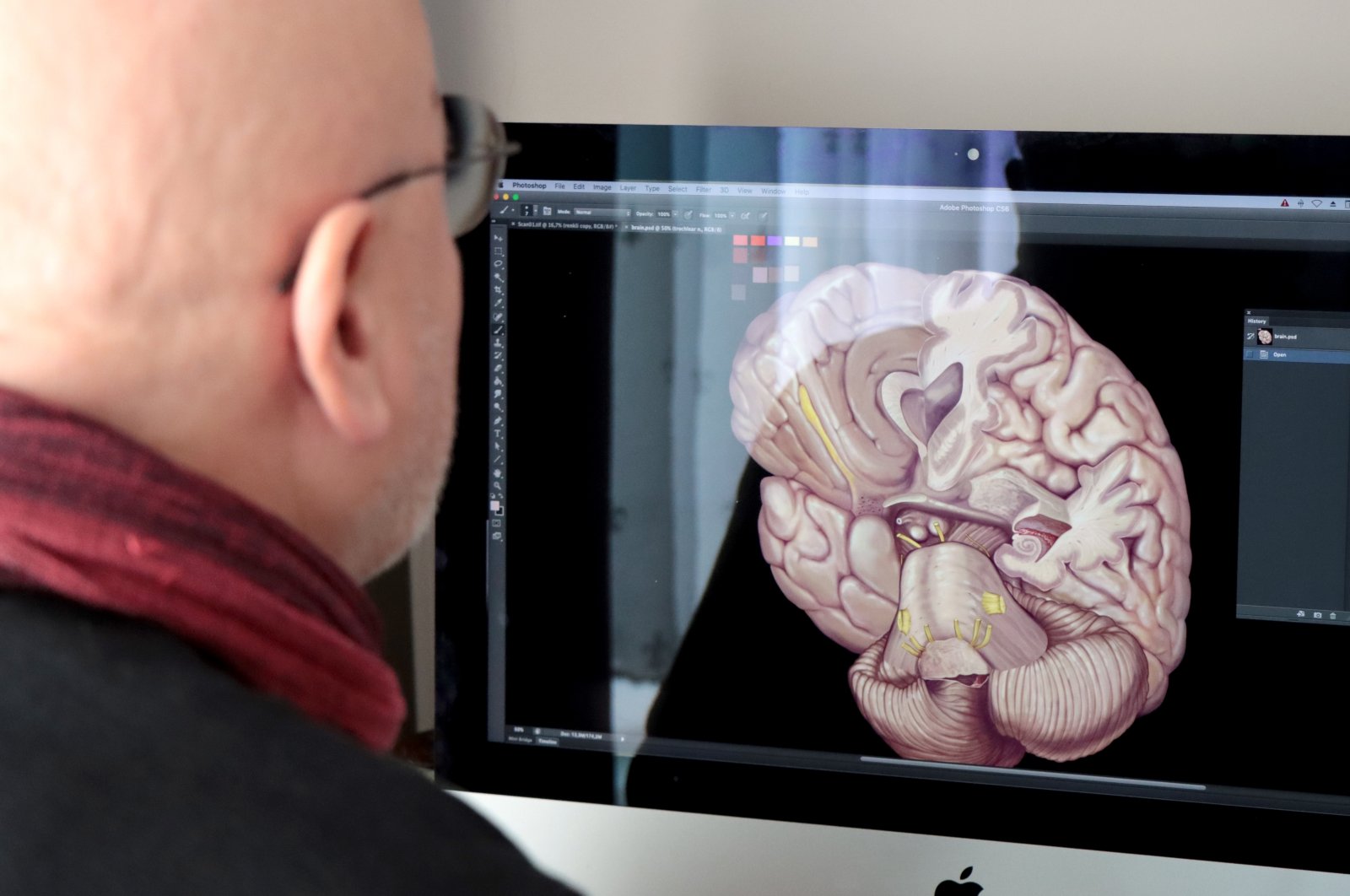 Ahmet Sınav was a young man when he decided to pursue a career in medical illustration, a little-known but essential occupation. Some four decades later, he is among the world’s most accomplished medical illustrators, with his drawings adorning the pages of medical books.

Among the few Turks doing this job, Sınav, an anatomy professor, recounted his story, which took him to the United States and brought him back to his homeland Turkey.

A graduate of Gülhane, Turkey’s most famous and prestigious military medical school, Sınav found his calling in illustrations while he was in his 20s. A grim change in his life in the 1990s opened a new door for the anatomy expert. Sınav was among the many military officers who were expelled from the Turkish Armed Forces (TSK) during the infamous Feb. 28 coup.

Unable to find employment, Sınav, who was of the major rank in the army, found an opportunity to work abroad. An encounter at a medical conference where he presented his successful illustrations in the U.S. landed him a job at Columbia University. After an eight-year stint as an anatomy expert and illustrator there, he switched to Georgia University, where he worked as an anatomy professor. In the meantime, he found success in the community of medical illustrators and was elected to the Board of Certification of Medical Illustrators, where he served for nine years. After 12 years abroad, Sınav returned to Turkey in 2010 and worked at several universities, including as the founding president of a university. Nowadays, he teaches anatomy at Biruni University and indulges in his lifelong hobby and profession, medical illustration, in his studio in the town of Sapanca in northwestern Turkey.

Sınav, who started doing illustrations by hand, is occupied with creating new illustrations in the digital world and preparing picture books to teach children anatomy.

“I always wanted to be a medical illustrator and did not intend to be a doctor,” he told Anadolu Agency (AA) in an interview on Saturday. He loved his job in the Turkish army, where he worked in the Air Forces Command and still does not know why he was expelled after a decision by the powerful Supreme Military Council.

“I know that my work would be valued in the U.S. but I had a language problem. I overcame it by attending courses there. I worked voluntarily at Columbia University first after they liked my work and then accepted an offer from Georgia University. I worked as a lecturer and on the side, I created new drawings. In the U.S., I had the chance to develop my skills, learning about new techniques,” he said.

Sınav said he had a flourishing career in the U.S. but never felt he “belonged” to the country. “I had everything, a good job and money but I felt something was missing and that was my homeland. I missed Turkey,” he said about his decision to return home. “I had to pay back to this country which raised me,” he added.

His biggest project is "Sanatomy," an interactive anatomy atlas where he worked with computer programmers. The atlas will be used as educational material and available on computers and smartphones. “It gives you access to the finest details in the body by simply zooming in on tissues, muscles, bones, etc. You cannot do that in the books. With this atlas, you don’t have to work on cadavers for hours to learn anatomy and can easily dissect the bodies in an interactive way. It is truly interactive, you can even hear the sounds (heartbeats) from every part of the heart in a proper way,” he said.

Sınav is also working on a 12-book series he describes as “a fun way to teach children anatomy.”