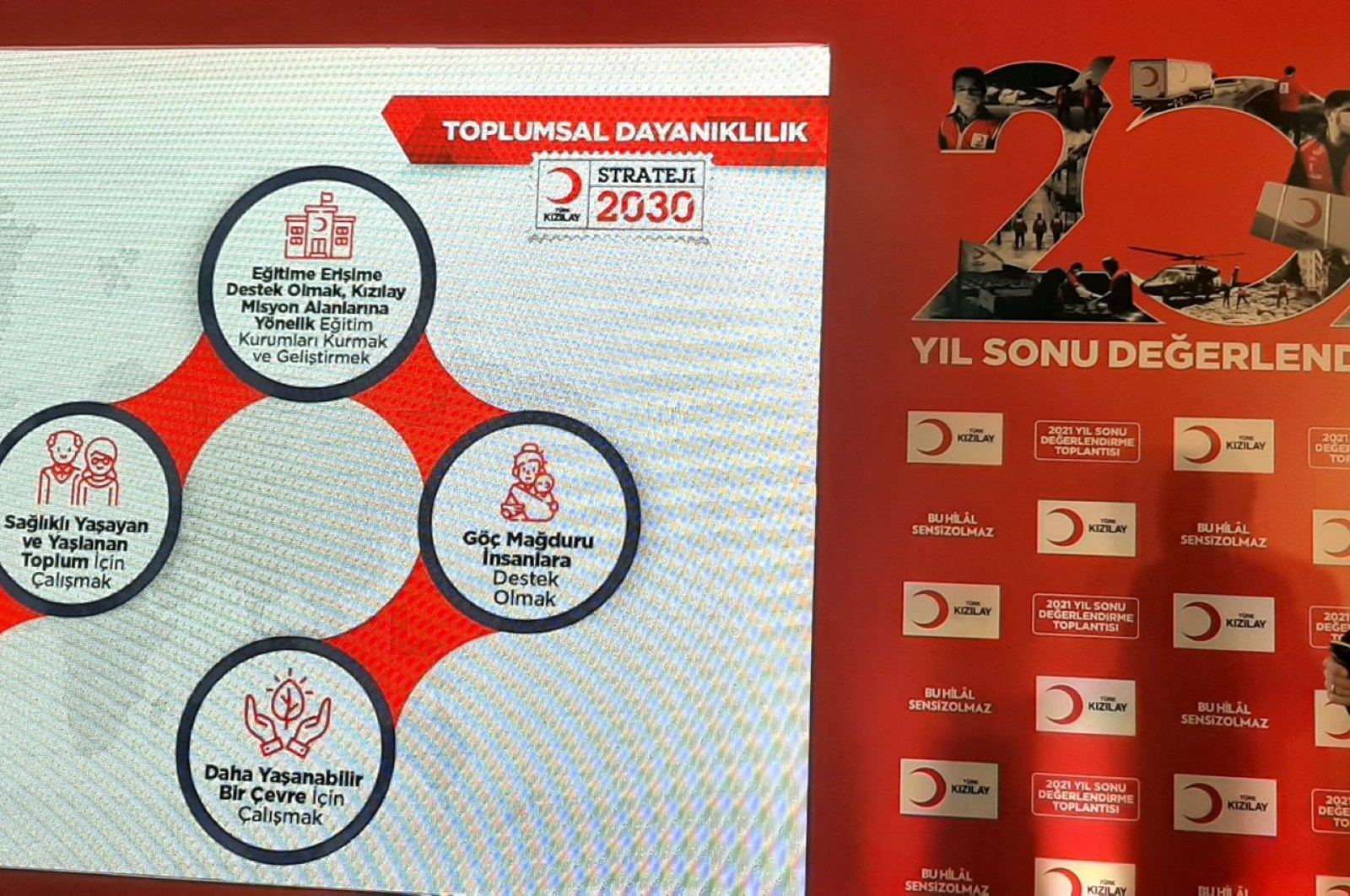 Turkey's leading charity, the Turkish Red Crescent (Kızılay), has increased its budget for 2022 to reach out to more people in need.

The charity's president, Kerem Kınık, told reporters in Istanbul at a press conference on Tuesday that they have designated 2022 as the "year of solidarity with frail communities."

"Our focus will be on the impoverished, frail societies, unemployed, orphans and other people in need of protection," he said as he outlined their work in 2021 and future plans.

The charity, which is widely known in Turkey for its blood drives but known globally for its humanitarian efforts in conflict zones and other places where disadvantaged communities live, allocated more than $512 million (TL 6 billion) to humanitarian aid in 2021. This year, it aims for an income of TL 12.4 billion and will earmark TL 9.2 billion exclusively for humanitarian aid.

The charity relies on donations and profits from mineral water production. Kınık said they would launch an initial public offering for their Kızılay brand mineral water and would also launch a drinking water line, along with the inauguration of several centers for senior citizens and the expansion of production at a factory where the charity manufactures housing units and tents.

"2021 was a tough year during which we were tested by disasters, the pandemic and economic difficulties. We supported each other. Throughout the year, we reached out to 45 million people thanks to resources given to us by donors. Our aid, education work and other activities reached out to 8 million abroad and more than 36 million people in Turkey, with the efforts of our 12,000 staff and 185,000 volunteers," he said.

On the charity's blood drive and transplant efforts, Kınık said they reached out to about 5 million people with blood transfusions and with help for other health needs in 2021 and worked with more than 1,300 hospitals.

"A total of 3,480 people clung to life thanks to stem cells donated to the Red Crescent, and we have more than 12 million blood donors," he highlighted. He said they were aiming to collect at least 3 million units of blood from donors in 2022 and would invest in the local production of blood bags used in the storage of the donations.

Kınık said they currently have 18 permanent representative missions abroad and will add two more to that in 2022.

"We delivered aid to more than 2.5 million refugees both in Turkey and abroad, and this aid will continue next year as well," he also said.

On the Turkish Red Crescent's efforts in time of disasters, Kınık said they provided relief in the aftermath of 109 disasters this year, from storms to landslides, fires, earthquakes and floods and plan to expand their capacity for disaster relief in 2022.

"We will also open 14 new soup kitchens this year and will increase the capacity of our mobile kitchens," he added.