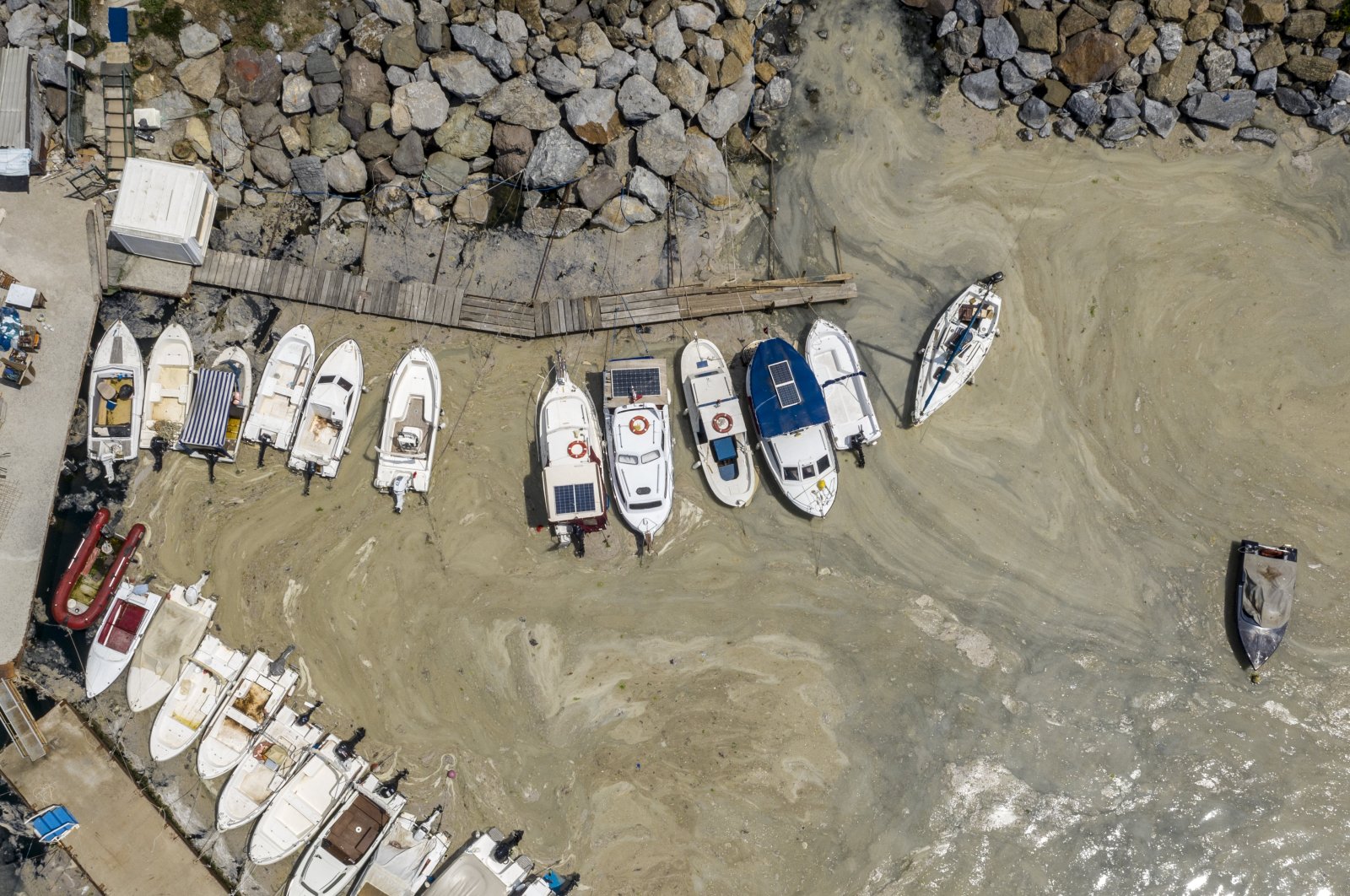 A group of scientists from Istanbul University have scored a victory against underwater sea snot, also known as marine mucilage, by using bacteria isolates. Their work proved successful off the Istanbul coast of the Marmara Sea, which was plagued by the thick substance for months.

Professor Gülşen Altuğ and her team have been pursuing efforts for underwater cleaning since June with the support of government ministries. Altuğ, a marine biology expert, and others first launched their project off the Yenikapı port of Istanbul, by clearing sea snot on the surface with homegrown bacteria chosen for having a metabolism capable of decomposing the mucilage. For two weeks in June, they also used isolates underwater against mucilage. Their efforts paid off in the long run and they shared the results of their work with media recently. Altuğ told Anadolu Agency (AA) on Wednesday that they already had bacteria, isolated from seas for the past two decades, in their hands and decided to apply them to mucilage. She noted that they were now working on optimizing mass production of bacteria mixes to use against sea snot and other purposes.

She also noted that their method did not affect marine life or free movement of the fish.

The Minister of Environment, Urban Planning and Climate Change Murat Kurum told an event on Wednesday that they won’t see mucilage in the Marmara Sea again after implementing a series of steps within the next three years. Speaking at the online event to discuss incentives for mucilage studies organized by the Scientific and Technological Research Council of Turkey (TÜBİTAK), Kurum said they were already working to resolve maritime problems stemming from pollution and have been monitoring water quality since 2014 in the country’s seas. Kurum cited a 22-step action plan for Marmara against pollution that is currently being implemented.

“The Marmara Sea faced mucilage for obvious reasons, such as rise in seawater temperatures due to climate change and pollution. Pollution load from urbanization, industrial and agricultural activities and insufficient waste water treatment unfortunately reached levels that threaten marine life and biodiversity. We worked around the clock and disposed of 11,000 cubic meters (388,461 cubic feet) of mucilage. We continue our work to preserve Marmara, from inspections of potential pollution sources to measures to clean the pollution,” he said. He noted that they were monitoring 264 facilities with polluting potential “moment by moment” across the region.