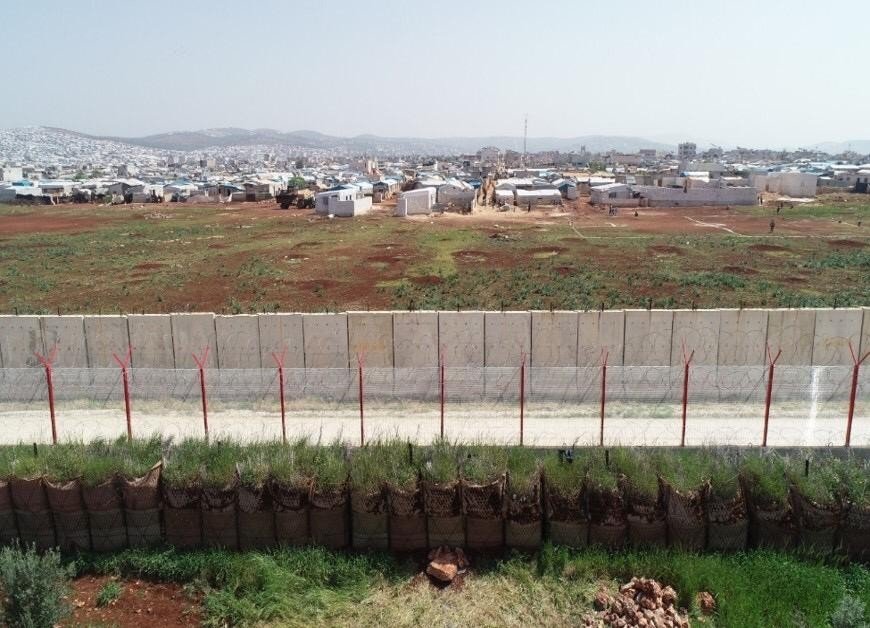 A section of the border running between Turkey and Syria is seen from the southern Turkish province of Hatay with the Syrian town of Atmeh in the background, April 10, 2021 (IHA Photo)
by Anadolu Agency Apr 10, 2021 6:54 pm

A 100-meter-long tunnel at the Syrian border used for illegal crossings into the country was detected and rendered useless by Turkish security forces, the Ministry of Defense announced Saturday.

The tunnel was uncovered by personnel working at the Bükülmez Border Police Station in Reyhanlı district of the southern Hatay province, according to a ministry statement.

A group of 24 people trying to cross into Turkey was also caught in the tunnel, which started from a house in the Atmeh tent city in Syria, the ministry said.

The tunnel, which was used for illegal crossings and could have been used for terrorist infiltration in the future, was made unusable, read the statement.

More than 5 million civilians have since been displaced, with Turkey hosting more than 3.6 million Syrians, the most for any country in the world.

The armed forces repeatedly report arrests of irregular migrants or refugees at the border, which is generally closed. The border between the two countries is largely protected by fences and a wall. Turkish troops also control parts of northern Syria.