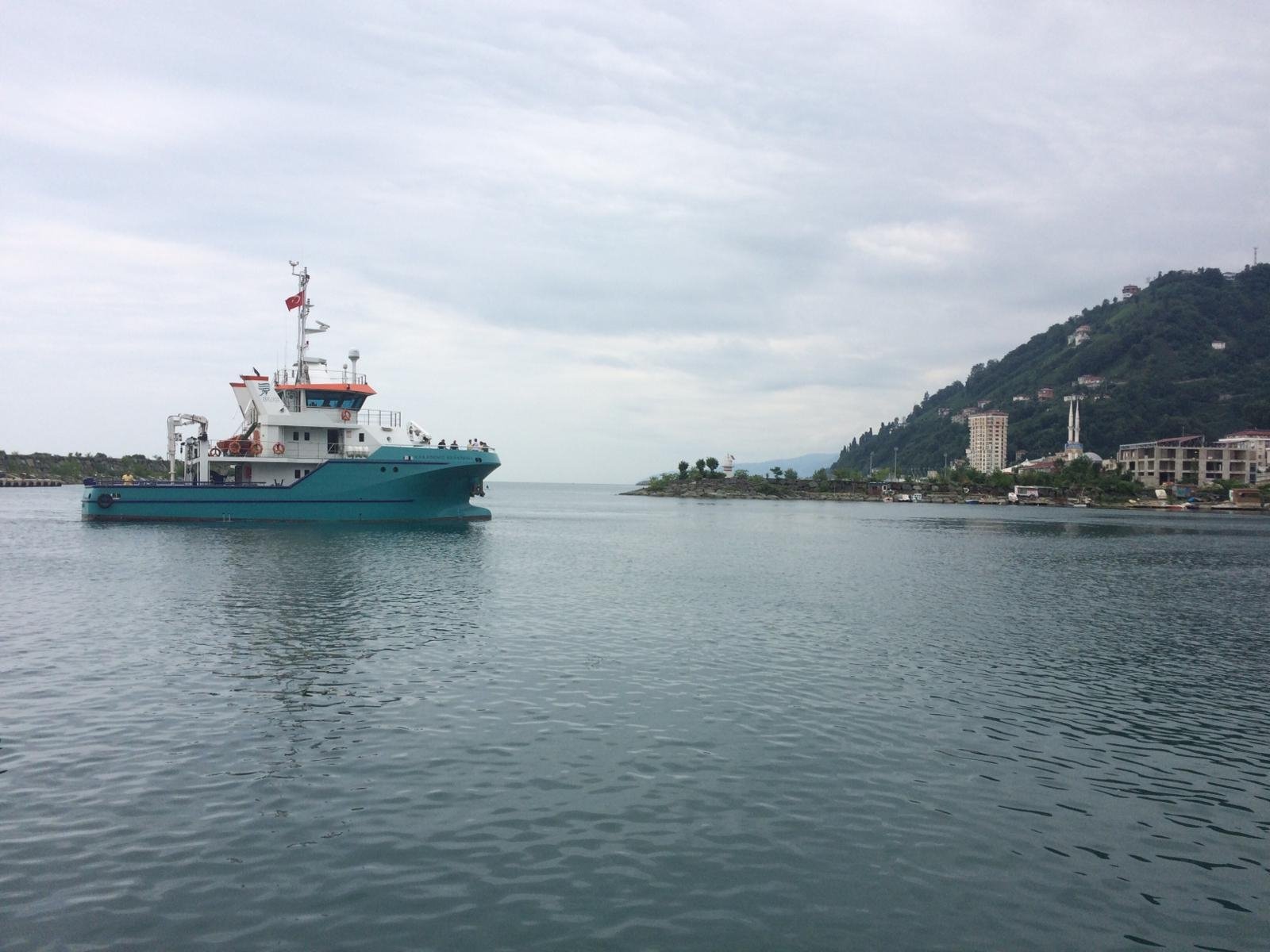 Microplastics, tiny fragments ubiquitous in bodies of water the world over, remain a dire threat to the Black Sea in Turkey’s north. A group of researchers from Recep Tayyip Erdoğan University in the province of Rize found that more than 1 million microplastics were present per square kilometer at sea. Their research also shows that microplastics are commonly ingested by goatfish, hamsi (a breed of anchovy), bonito, haddock and mackerel sharing the maritime habitat.

Researchers regularly take samples from seawater and sediments near the coastal areas as well as from river mouths flowing into the sea to monitor the microplastics’ impact on the maritime food chain and to track down the source of tiny fragments.

Ülgen Aytan, who leads the team of researchers from the university’s Department of Marine Biology, says plastics – which degrade into microplastics at sea through physical, biological and chemical processes – are particularly threatening for the ecosystem. “Their number grows every day and the area they cover expands as well. The fish predator of plankton often mistake them for those creatures as both are about the same size and sometimes, they mix with plankton and are ingested anyway by fish,” she told Demirören News Agency (DHA) on Tuesday.

She pointed out that it is also a threat to human health. “This is actually a global problem and it appears there is no (sea) in the world spared from microplastics pollution,” she added.

Greenpeace last week had warned about plastic waste’s impact on the Black Sea, which was blamed for the deaths of hundreds of animals. Hundreds of dead ducks, seagulls and dolphins recently washed ashore near the Russian resort city of Sochi on the eastern edge of the Black Sea. Microplastics were found in the stomachs of the dead animals, Greenpeace said in Moscow in March, stressing that plastic particles are now the biggest problem among pollutants in the Black Sea. Russian authorities, on the other hand, had identified parasites in the animals' bodies as the cause of death, saying they had triggered various diseases. "There is no danger to the environment," the nature conservation agency Rosprirodnadzor stated.

According to Greenpeace, about 108 kilograms (238 pounds) of waste were collected during a cleanup action on the shores of the Black Sea last year, 94% of which was plastic.

Aytan said they even found microplastics in the tiny organisms called zooplanktons in their survey.

“The Black Sea is unprotected against microplastics. It is a drainage area not just for six littoral countries but also 22 others. More plastics make it into the sea due to a number of factors, from illegal dumping to incorrect waste management,” she added.

The ongoing coronavirus pandemic is worsening the situation, Aytan said, pointing out the new materials joining garbage dumped or found at sea – from protective masks and gloves to plastic wrappings of packages sent by e-commerce companies.