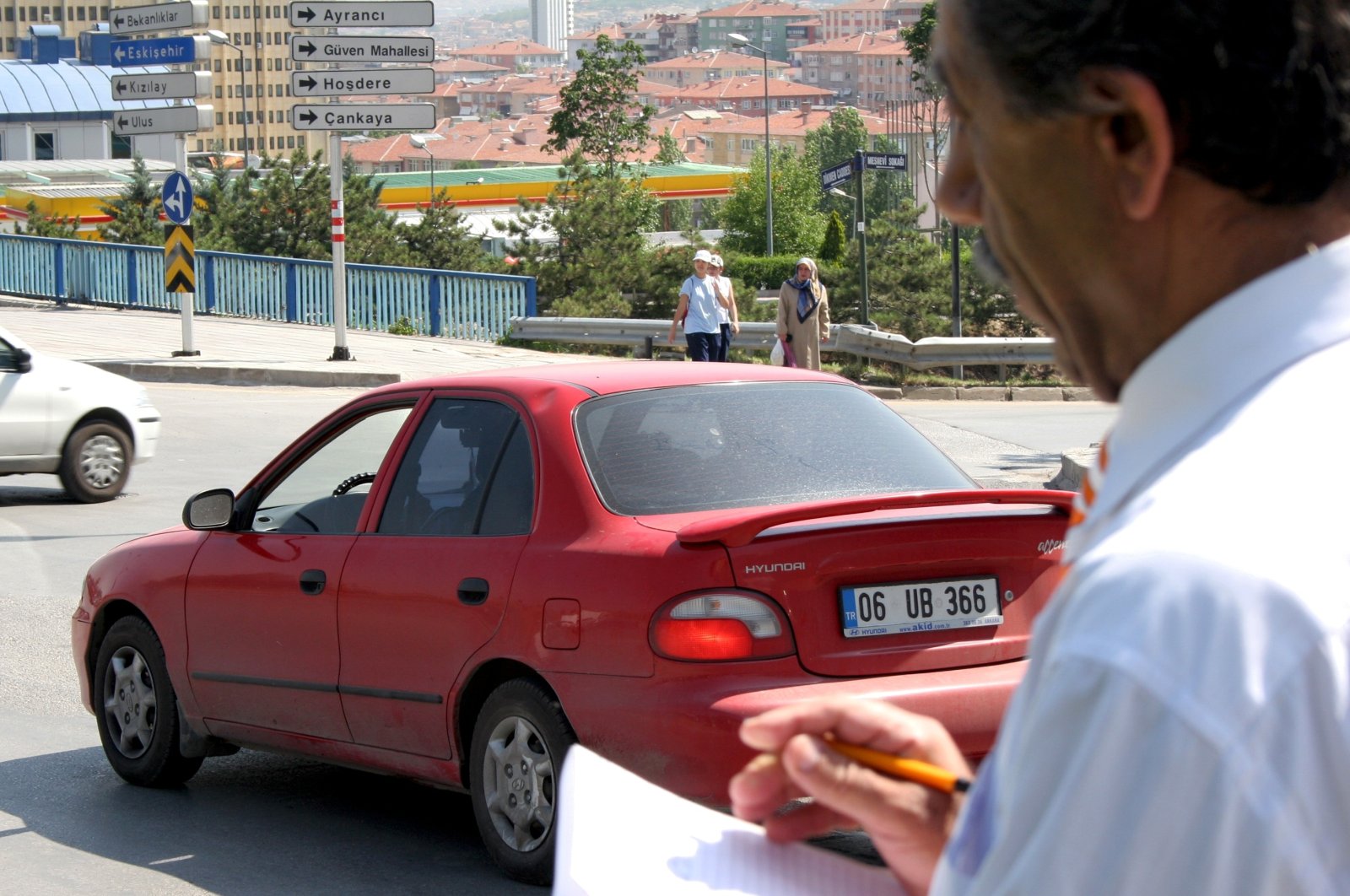 A volunteer traffic inspector incurred the wrath of motorists and an investigation found that the inspector had issued fines totaling TL 2.1 million ($241,000) in only 50 days to 1,633 motorists and for unfair reasons.

The inspector, identified only as B.T., allegedly reported any driver seen passing by the shop where the inspector worked in the northern province of Trabzon’s Akçaabat district. All fines were related to “violation of the safety lane,” which is exclusive to ambulances and other emergency vehicles. A majority of fined drivers objected to the fines and told authorities that the section of the road where the violations took place was actually for normal vehicles. An investigation found that B.T. was the name behind all fines, including fines for 1,010 drivers in May and 623 others in the first twenty days of June. Authorities terminated the inspector's job following the investigation.

Volunteer traffic inspectors are unpaid civilians tasked with reporting any violation of traffic safety rules. Anyone at the age of 40 and above, who has held a driving license for at least 10 years and who does not have any previous suspension of a driving license is eligible for the job. Last month, a driver in the southern province of Kahramanmaraş claimed a volunteer traffic inspector issued him a fine for parking his minibus in front of his own house, claiming that he was parking his minibus in an area closed to parking.

Volunteer inspectors are not authorized to issue fines on their own; they can only report violations to traffic police. They are allowed to report any safety violations everywhere they are spotted, regardless of their place of residence or work. They are also not allowed to interact with drivers violating rules and are not authorized to stop vehicles. The job is generally viewed as a pastime for pensioners.

Traffic safety is a major concern for Turkey, where hundreds die in traffic accidents every year. Reckless driving is a major cause of accidents.