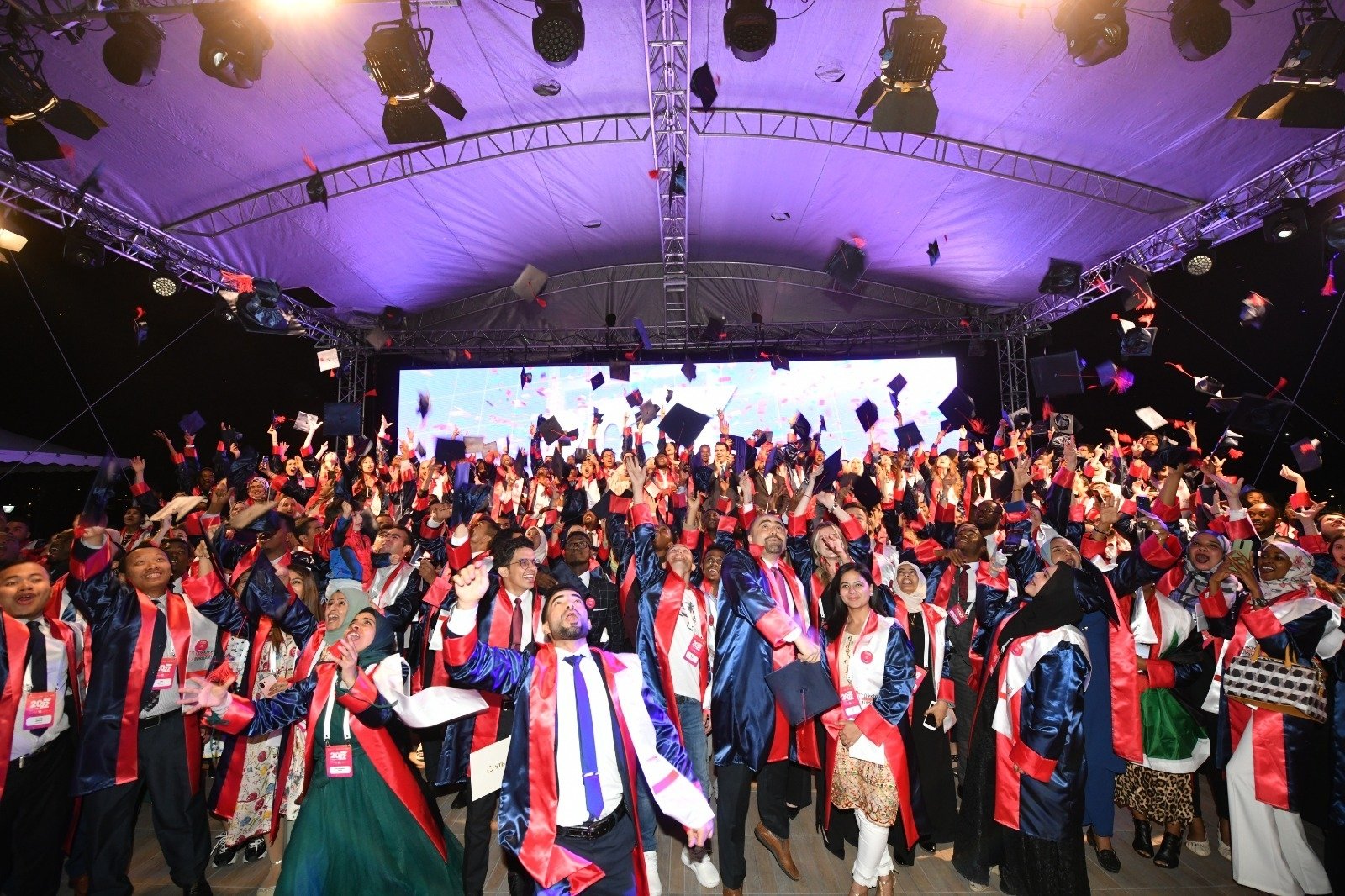 The number of applications for Turkey’s popular scholarship program has exceeded 165,000, and a new group of international students graduated from country’s universities this week.

As a rising hub of international education, Turkey attracts students from around the world. Its biggest scholarship program, Türkiye Scholarships, which started out with only about 42,000 applications, has now received more than 165,000 applications.

In 2022, 165,691 applicants from 171 different countries applied for the scholarship. It is a new record for undergraduate, graduate and doctoral studies.

Currently, 15,000 international students from 145 countries are continuing their education in Turkey within the scope of the Türkiye Scholarships program.

This year, 2,325 students from 107 countries graduated. The “11th International Student Graduation Ceremony and the 2022 Turkey Alumni Awards” was held and hosted by the Presidency of Turks Abroad and Related Communities (YTB), which grants the scholarships, at the Gölbaşı Vilayetler Evi.

“We have been conducting a scholarship strategy accompanied by country-based analyses and taking into account the needs of Turkey with an increasing momentum every year as the YTB since 2012. We give scholarships to about 4,000 students every year through the Türkiye Scholarships program and also helped 2,000 students to graduate,” he said.

Graduates from the scholarship program also make a serious contribution to Turkey in the countries they go to. The businesspeople among these graduates carry out 50% of their foreign trade to Turkey. Some 38 businesspeople had a commercial volume of $350 million in the last year, and $153 million of this amount was trade products imported from Turkey.

“One of the most tangible outputs is a Turkish graduate in Niger, who is starting to buy 90% of the transformers of energy infrastructure materials from Turkey for his company. Another example is that one of our scholarship holders performed the first artificial heart surgery in Azerbaijan and received an honorary award from (President) Ilham Aliyev. Finally, there is the President of Zanzibar, who graduated from Turkey with an Islamic Development Bank scholarship, Dr. Hussein Mwinyi," he stated.

Eren stated that they plan to organize a Turkish Alumni Forum toward the end of 2022 and said: “Politicians, bureaucrats and diplomats who have studied in Turkey will come together and talk about the future of the world in a session. Entrepreneurs, businesspeople (who) graduated from Turkey will talk about international trade and its development in this context."

“The number of students eligible to graduate in the period 2021-2022 has reached 2,325. At our graduation ceremony, we welcome 300 students from 74 different countries who are currently ranked higher on average at the undergraduate, graduate and doctoral levels,” Ersoy stated.

Irina Perçemli, who learned about scholarships during a conversation with Turkish teachers at her high school in Moldova, graduated from Ankara University in the field of international relations.

“From a cultural point of view, it was very good to study in Ankara. We can say that Turkey is a very warm country for foreigners. People are really friendly in Turkey. Also, I am thankful for this opportunity, without YTB’s support I would not be here today,” she told Anadolu Agency (AA) in an interview on Tuesday.