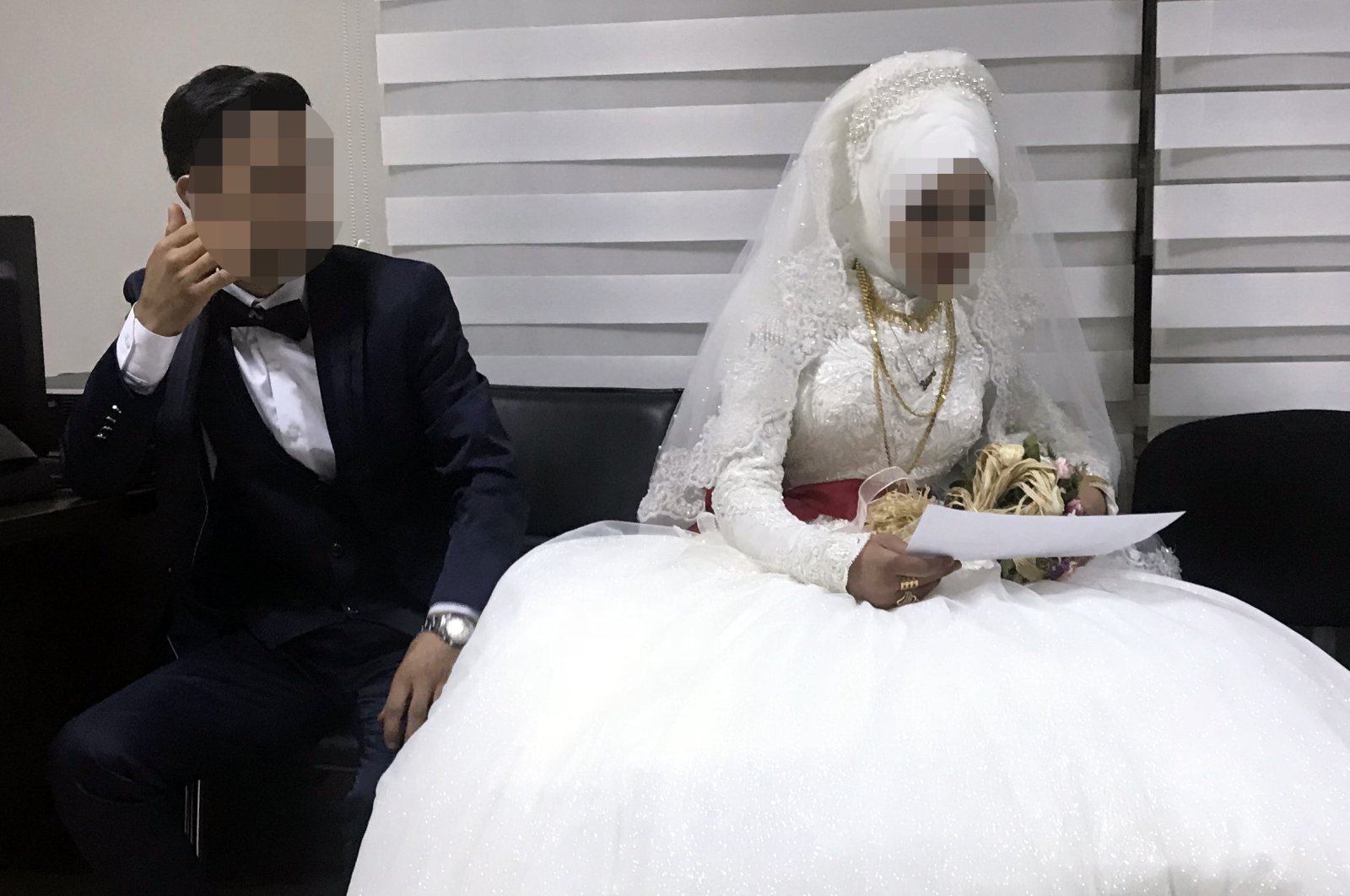 Child, early and forced marriages (CEFM) as described by the United Nations prevail as a disturbing reality in parts of Turkey. Although schooling campaigns and financial aid to families aim to curb it, the practice lingers, especially in rural areas.

U.N. Women Turkey recently released a report titled, "Perception of Men and Boys on Child, Early and Forced Marriages in Turkey,” which is funded by Sweden and carried out by a research company. The study, based on interviews with 2,733 men and the views of 49 women and 29 experts, shows underlying causes of so-called child marriages.

CEFM stems from a number of social and economic factors, both closely related to an attempt to break a cycle of poverty and a warped patriarchal mindset. The report by U.N. Women, on the other hand, says the practice is legitimized “through a complex entwinement of deep-seated cultural norms, customs and traditions as well as religious inclinations that mutually strengthen and reproduce each other through discourse and practice.”

The research for the report focused on nine provinces and involved married men under the age of 25 and the fathers of children in “child marriages,” along with control groups comprised of married women and vulnerable populations from Syrian refugees to the Roma community and farmworkers, from Istanbul and Izmir in the west to Şanlıurfa and Mardin in the southeast.

The study's authors say the results show that as authoritarian and hegemonic masculinity practices increase, so do positive attitudes and behavior toward CEFM. They sum up that early marriages are a reflection of gender inequality and patriarchal order while factors contributing to those marriages are listed as social pressure, traditions, sexual intercourse without marriage, economic difficulties, need for “child bride workers,” as well as liberation from oppression in the family, home care for peers and security.

Some 25% of men believe that girls are what they are, that is, children, at least until the age of 15. Meanwhile, 10% of men think girls who started to menstruate are “ready for marriage.”

Speaking at an online event on the report Thursday, Asya Varbanova, U.N. Women Turkey director, said social gender equality can only be achieved when men and boys join forces with women and girls to remove obstacles to the progress and become a part of changes to behavior, stereotypes and norms that cause inequality.

The report also highlights that early marriages jeopardize schooling rates. The rate of girls unable to attend a school due to marriage is 19%, while it is 10.5% among “boy grooms.”

Researchers found “peer marriages” among the Roma population as striking, highlighting that both boys and girls had consent-based marriages within the community where early marriages are common.

“Through CEFM, boys too are removed from their social lives and friends, forced into marriage and find themselves in a position to care for a family through the decisionmaking of their parents without being able to make sense of much of these steps. As children, they are burdened with the responsibility of providing and protecting – all in line with normative masculine ideals,” the study says.