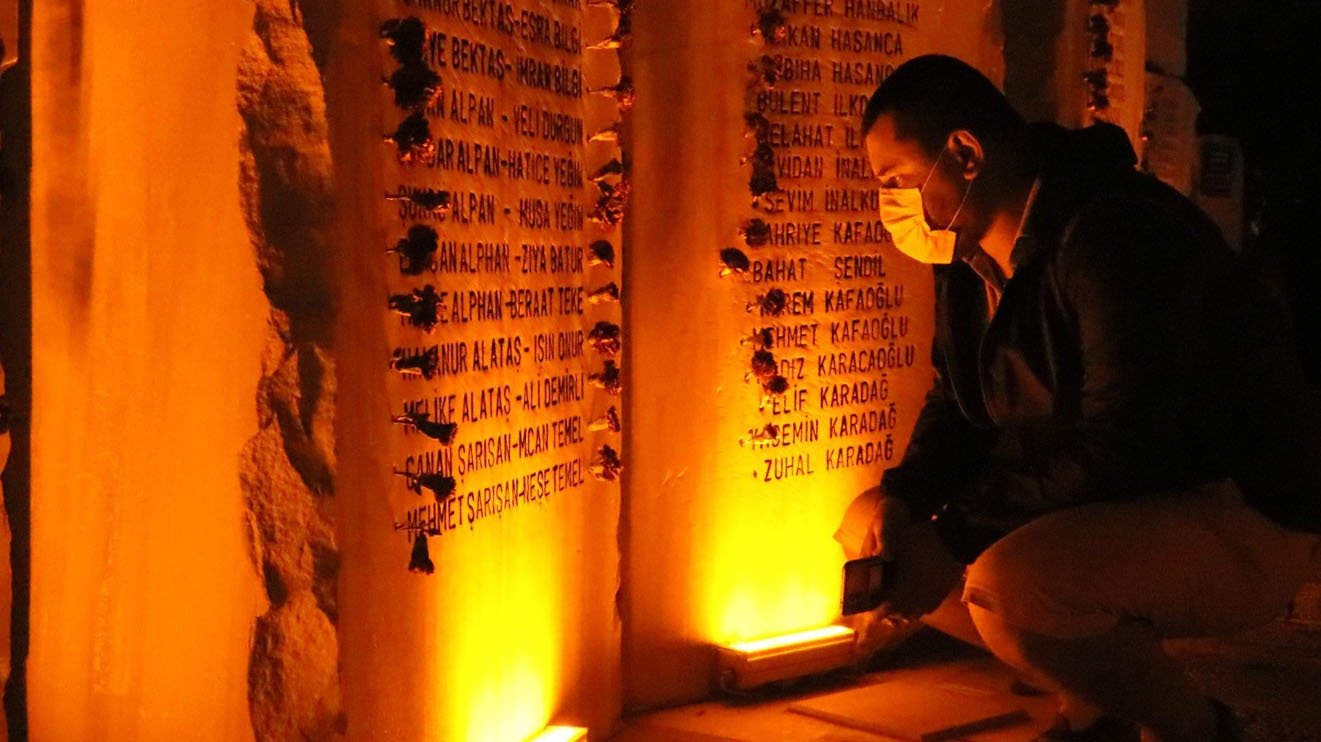 Commemoration ceremonies were held on the 22nd anniversary of one of Turkey's most devastating earthquakes of the last century. Hours before the exact time of the catastrophic incident and right at 3:02 a.m., locals and families of victims came together at monuments erected in memory of thousands.

The disaster is commonly referred to as the “Marmara" or "Izmit" earthquake, after the region and provincial center it affected the worst, but its epicenter was Gölcük, a town in northwestern Kocaeli province home to a major naval base. To its west, the earthquake wreaked havoc in Yalova and Istanbul as well.

In Gölcük, remembrance events held throughout the day culminated with a memorial service at a monument on Kavaklı's shore, which was flattened with a 7.4 magnitude tremor on Aug. 17, 1999. People observed a minute of silence and prayed for victims at the event. Speaking at the event, Kocaeli Governor Seddar Yavuz said the earthquake changed “paradigms” regarding disasters and led to the establishment of disaster management systems and changes in construction regulations. But he warned that the “old buildings” problem of Turkey prevailed. “It is difficult to replace old buildings all at once with new buildings resistant to earthquakes. Here in Gölcük alone, we had 28 heavily damaged buildings until last year. Eight of them were demolished, and demolition of three was halted due to court orders. We are still in the process of demolishing the rest,” he said. Kocaeli Mayor Tahir Büyükakın said at the event that across Kocaeli, there were about 1,500 buildings still with damage dating back to the 1999 earthquake. He said complex legal issues hindered swift demolition of those buildings. “We determined that there were 24,000 residences in Kocaeli that need to be replaced with new ones as they pose a risk to its residents at a time of an earthquake. Some are at risk due to the unsafe ground they were built upon, and others were constructed from unsafe material,” he said.

Another crowd gathered at a square where an earthquake memorial is located in Yalova for the anniversary of the catastrophe. People left flowers at the monument engraved with the names of 2,504 people who died in the province. Relatives of victims prayed, leaning on the monument bearing the names of their children, siblings and parents. A photo exhibition was also held next to the monument, with photos depicting the aftermath of the earthquake in Yalova.

In Istanbul, the Avcılar district on the European side was at the heart of remembrance ceremonies. It was the worst-hit place in Istanbul during the 1999 disaster, which killed hundreds in the district. Today, Avcılar remains a symbol and a stark warning against disasters with old, decrepit buildings with cracks on their walls still stretching across the coastal strip.