Volunteers from around the globe dig up Turkey’s history 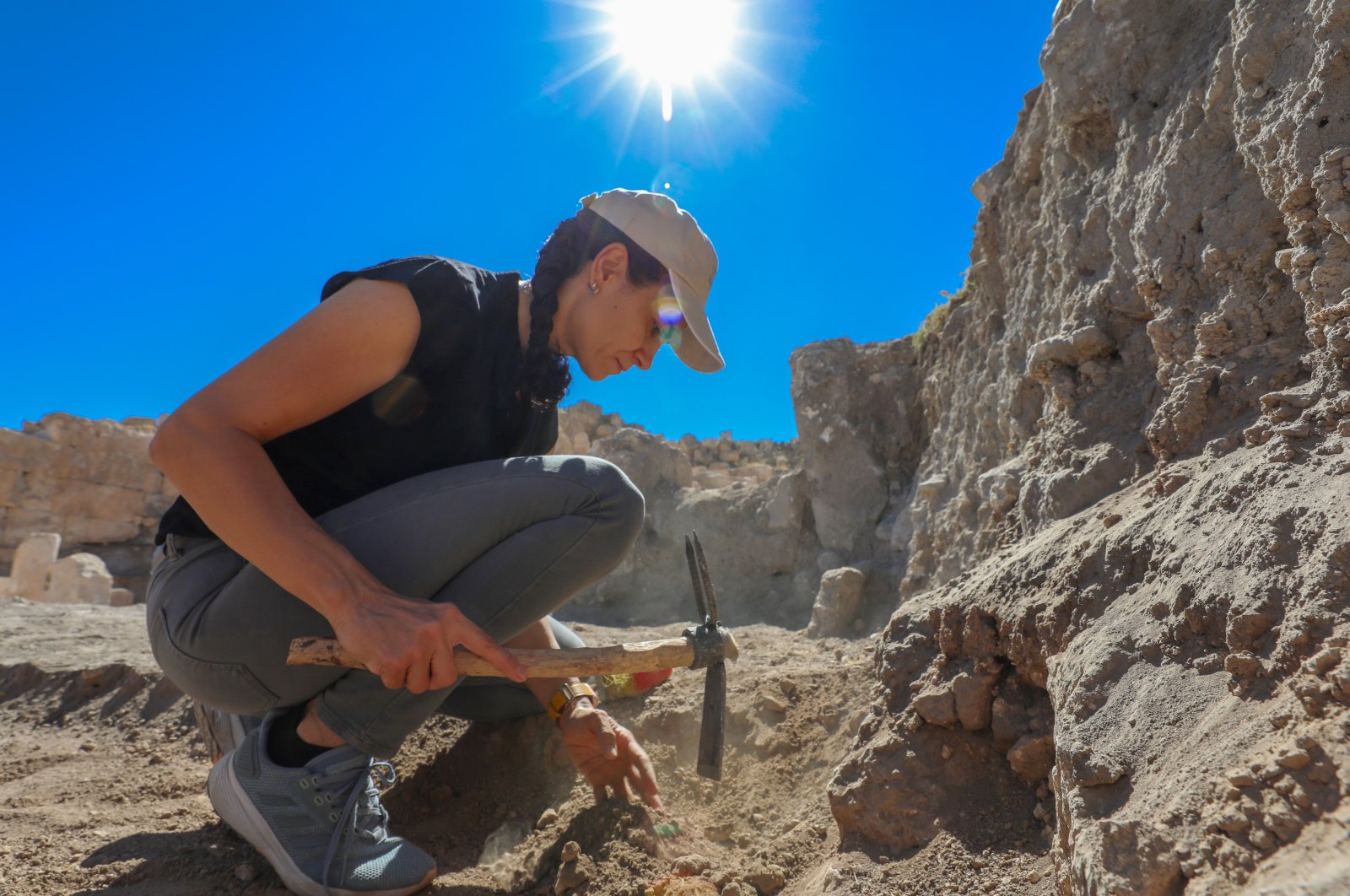 A government-sponsored project offers young people from all walks of life the unique opportunity to discover the country’s ancient history firsthand by joining archaeologists. The Genç Gönüllüler (Young Volunteers) program, carried out by the Culture and Tourism Ministry in collaboration with the Tourism and Sports Ministry, hosts hundreds of history enthusiasts from Turkey and also from a wide range of other countries, including Canada, the United States and Indonesia.

Along with young students, people from other professions, including nurses, cooks and housewives are among those accepted into the program. All those who are selected participate in archaeological excavations and volunteer at museums across the country. With this program, they are able to witness the discovery of artifacts from a diverse array of civilizations that called Anatolia home centuries ago or promote the rich history of the country stretching from Asia to Europe.

The program, which can be applied to via a website, selected 1,626 out of thousands in the most recent round of applications. Volunteers are first required to attend an orientation program, introducing them to the excavations and museums. After this training, they accompany experts to excavation sites and museums. At museums, they serve as guides for visitors and take part in daily activities, from conferences to exhibitions. At excavations, they join experts in the field in dozens of sites across the country.

Yahya Coşkun, deputy director of the Culture and Tourism Ministry’s Directorate of Cultural Assets and Museums, says the project attracted people from many different fields and expertise. He added that they had applicants who had studied archaeology, history and literature, along with those working as doctors or were associated with the media.

“We had a housewife who heard about the project and traveled to Gaziantep from Istanbul to work in Zeugma Mosaic Museum, a place she admired. We have Güher Sinem Büyüknalçacı, the district governor of Çınar (in Diyarbakır province) who worked at archaeological excavations at Zerzevan Castle there,” he told Anadolu Agency (AA) Tuesday. A nurse who volunteered at the Aydın Museum of Archaeology is now following her passion and studying archaeology, he also noted.

Yiğit Eren Kavun, a university student studying medicine, is among the volunteers. Kavun says he has had a passion for history and archaeology since childhood and volunteered to work at Zeugma Mosaic Museum. Kavun was also chosen to participate in a volunteer program to accompany archaeologists working on a site in Turkey's northern Trabzon province where he attends university.

“I am happy to be a part of it and will volunteer as long as I have time and the means,” he said. Kavun plans to study anthropology in the future, noting that it combines both medicine and archaeology. “The atmosphere at the museum and the excavations helped me in pursuing my ambition,” he said.

Cut Meurah Habiur Rahman, an Indonesian university student, says he was always interested in ancient history and was very excited to take part in the project. Rahman worked in Gaziantep as a volunteer and now dreams of working at the prominent Çatalhöyük and Göbeklitepe archaeological sites.