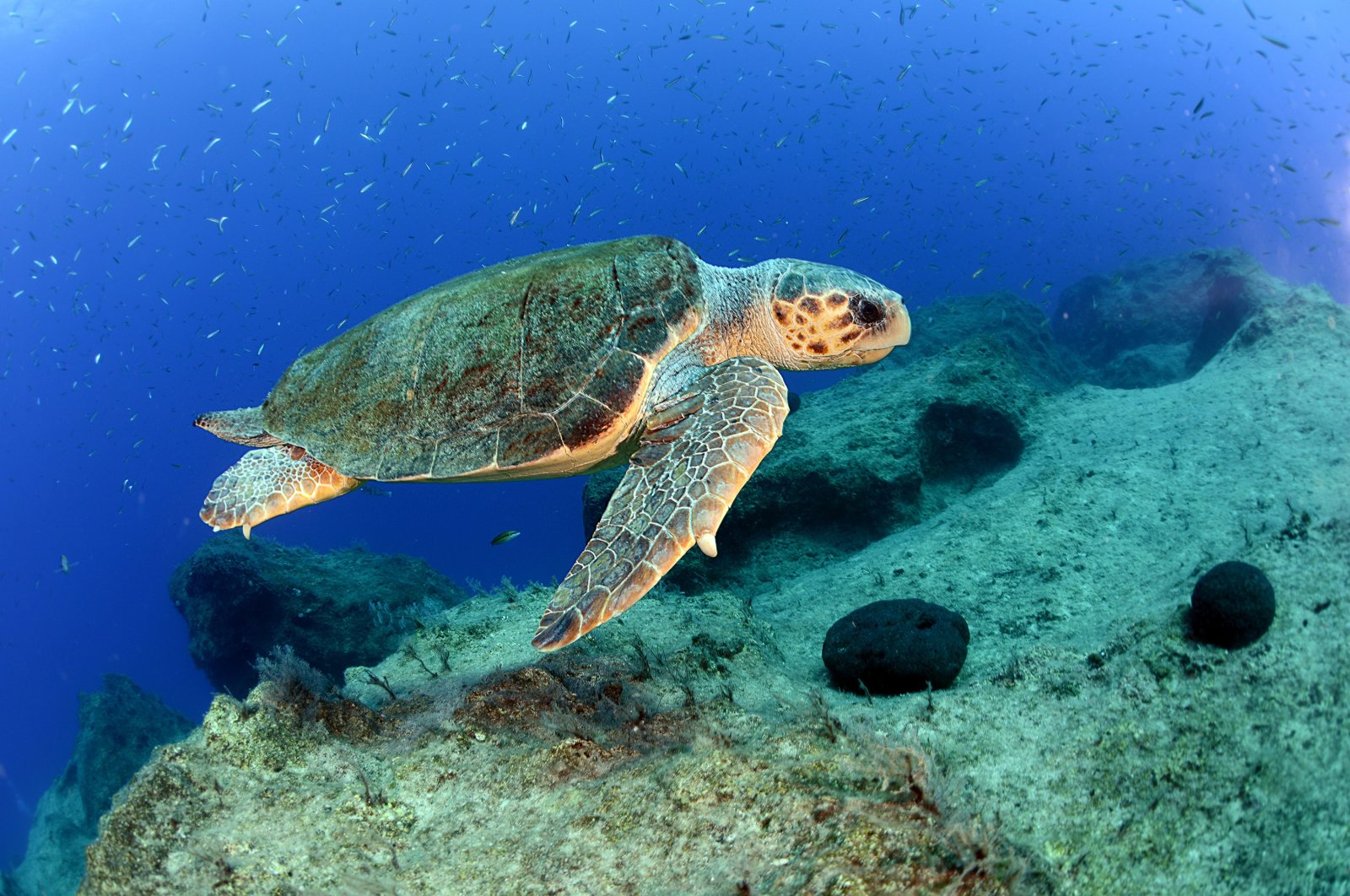 As nesting season for endangered loggerhead sea turtles begins, activists protect the coastal grounds where they lay their eggs in an around-the-clock watch on Turkey's Mediterranean coast

Loggerhead sea turtles, or Caretta carettas, an endangered species, have started to receive support from human friends as they commence their nesting season. In the Belek district of the Mediterranean Turkish province of Antalya, home to one of their largest nesting grounds, activists camp out on beaches to protect the fragile nests. Volunteers, from academics to students, stay on the beaches around the clock to ensure a safe environment for nesting, before the eggs hatch and newborn turtles head to their main habitat: the Mediterranean Sea.

This year, the number of volunteers has been reduced due to the ongoing COVID-19 pandemic, but their vigilance remains steadfast. The “Life Watch” project supported by the government involves marking nests and a census over a 30-kilometer (18.5-mile) stretch of the coast. The watch will continue until mid-October, when new turtles hatch.

Human disturbances like coastal development and excessive illumination, as well as reckless people walking and driving on the nesting grounds are the main dangers the turtles face. But activists hail an increase in the number of nests, something most probably linked to reduced human presence on the coast due to the pandemic.

Kerem Yekta Atatunç, an activist, said they start work early in the morning by following the tracks left by adult turtles. “We place temporary cages around the nests to preserve them,” he told Anadolu Agency (AA) on Sunday. Atatunç implored the public not to disturb the nests, though he added that simply preserving nests is not sufficient. “It is also important for them to safely reach the sea. We ask people to stay away from those marked grounds and avoid using too much light there,” he said.

This year, activists working to preserve turtles received support from a British couple. Chris and Marianne Fisher, on a world tour aboard their caravan, decided to raise funds for turtles when they met a Caretta caretta activist in Antalya’s Manavgat district. They collected 3,600 pounds ($5,000) for the preservation efforts.

“We came across a woman collecting garbage along the coast one morning. She was carrying a heavy bag and when we saw her again the next morning, we decided to introduce ourselves. She was like a superhero, cleaning up the coast. She told us she was keeping it clean for Caretta carettas, and we were impressed with her efforts,” Marianne Fisher told Demirören News Agency (DHA) on Sunday. The woman was Seher Akyol, the founder of a local association for the preservation of loggerhead sea turtles and seals. “We felt the need to help her. She was doing so much work on her own,” Fisher added.

Some 615 kilometers east of Belek, local authorities work to protect green sea turtles, relatives of Caretta carettas, on the Akyatan coast of Adana province, which is also home to loggerhead turtles. The staff of the local branch of the Directorate of Nature Protection and National Parks marks the nesting grounds for green sea turtles, ensuring their safety. Along the 22-kilometer coast, some 220,000 newborn turtles have made it to the sea from 6,000 nests since 2006.

Green sea turtles lay their eggs on the coast sandwiched between the Akyatan lagoon, which is also a flamingo habitat, and the Mediterranean Sea.

Turgut Çangır, head of the local branch, said the turtles are fitted with tracking devices to monitor where they lay eggs, mate and feed, to aid in their preservation. “Sea turtles have a more active lifestyle than those living on the land. They can cover a long distance during their lifetime. Last year, for instance, a turtle tagged here traveled to North Africa and returned,” he told AA. Nesting season for green sea turtles begins in May and continues until September. Last year, authorities marked 520 nesting grounds where about 20,000 newborn turtles emerged. Çangır said the season began late this year as the temperatures started increasing on a later date than usual. So far, 17 nesting grounds were marked.