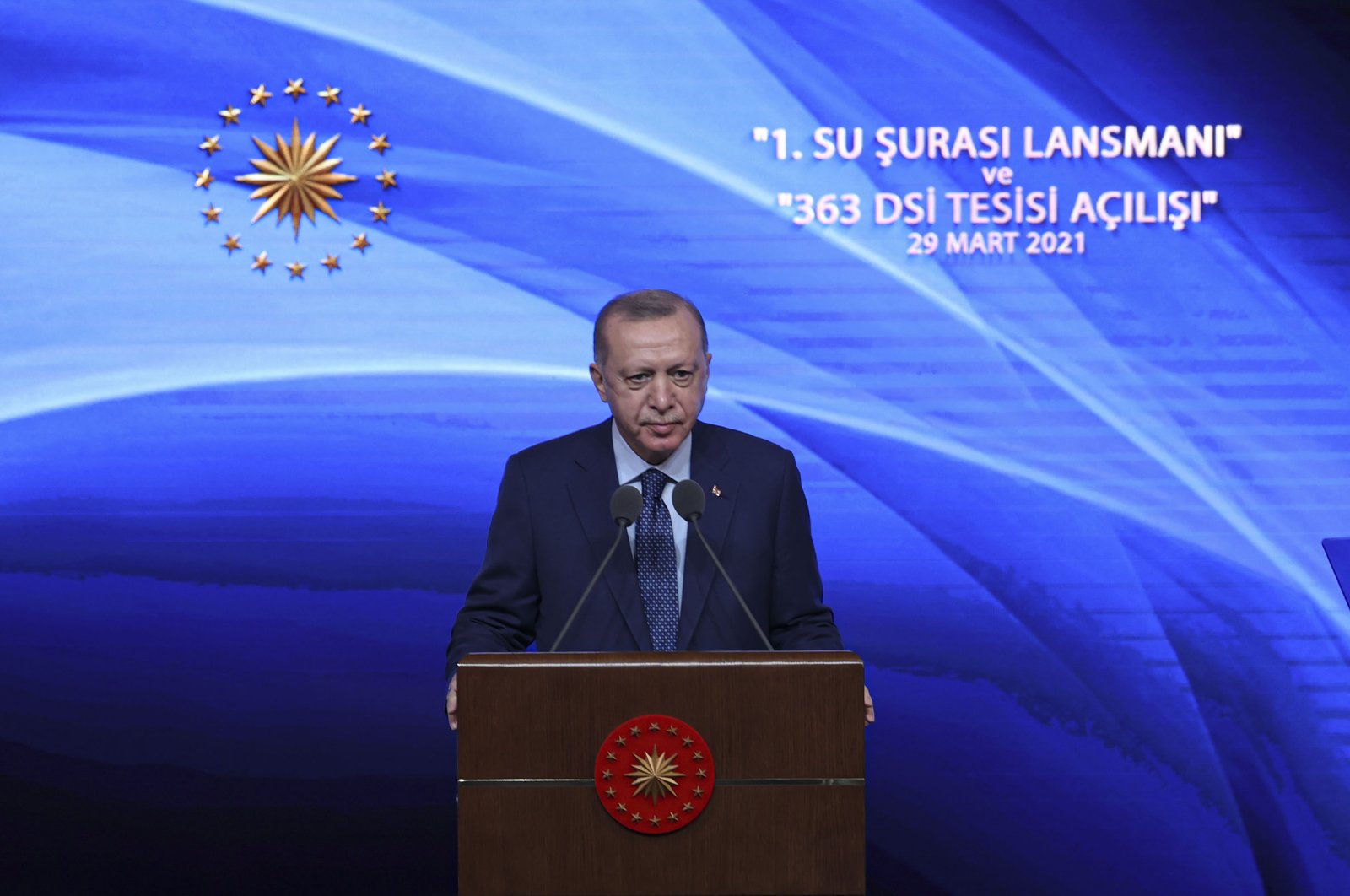 “We are not rich in water and we have to share our limited resources with our neighbors Iraq and Syria,” President Recep Tayyip Erdoğan said on Monday, at an event where he outlined plans to address the issue. “There is no difference between protecting our country and protecting our water,” he added.

The president was speaking in the capital Ankara at an event organized by the Ministry of Agriculture and Forestry to introduce the first Water Forum and to inaugurate 363 new facilities of the State Hydraulic Works (DSI), which oversees the country's water infrastructure. The facilities, ranging from dams to irrigation infrastructure, cost around TL 5.2 billion ($637 million). The yearly contribution of these facilities to the national economy will be TL 426 million, according to the ministry.

Experts say climate change coupled with the misuse of water resources have led to a water scarcity problem in Turkey. The country was on alert after a lengthy dry spell in winter prompted concerns of water shortage, especially for the metropolis Istanbul. Recent precipitation alleviated concerns but the risk lingers in the case of future drought. Authorities readied a number of plans, and Erdoğan assured the public that they already had action plans ready for water management up until 2071. He underlined that since the 2007 drought in Turkey, the government has prepared action plans on water supplies for 81 provinces.

The government drafted an action plan, which is expected to come into force this year. The plan aims to introduce measures to increase the efficient use of water and curb the decline in water resources in underground dams. Around 150 dams will be built in line with the plan to prevent the vaporization of underground water. Dams will be built where water preservation is needed, and each is expected to cost up to TL 10 million (around $1.2 million). An underground dam is a structure designed to intercept or obstruct the natural flow of groundwater through an aquifer and provide storage for water. Collected water can be used to irrigate areas just above the surface and used for agriculture. The plan also includes an underground irrigation system, which will save at least 40% of water resources in any given area.

“The rapid increase of the population, climate change and drought heighten the need for water. On the other hand, water resources are becoming scarce. This scarcity fuels poverty and hunger. Water scarcity also threatens ecosystems, biodiversity and food security. Overall, this grim outlook is behind multiple problems, from social upheaval to irregular migration to international conflicts. Some international agencies say that more than 700 million people would be at risk of migration due to water shortages by 2025,” Erdoğan said. The president pointed out that “quarrels” between some countries in the Nile delta indicated the strategic dimension of the “water issue.”

“We see similar problems elsewhere too. With rising food and energy demand and the devastating impact of climate change, we see greater risks await us in the future. Our country certainly will not be spared from this grim outlook. Unlike what our citizens think, we are not rich in terms of water, if you take the amount of usable water per person into consideration,” he said. He added that they were also sharing water resources with neighboring countries and have always been “sensitive” about this issue. “We never turned this into leverage or a threat in our bilateral relations, and we will preserve this stance,” he underlined.

Agriculture and Forestry Minister Bekir Pakdemirli said at the event that growing populations, pollution, climate change and rising global warming are putting pressure on usable water resources. The Water Forum will determine strategies on water supplies in the short, medium and long term while every issue regarding water will be discussed thoroughly, he said. "Water is one of the most valuable and strategic resources of the 21st century," Pakdemirli stated.

Reiterating that Turkey is among the countries that will face water shortages in the future, Pakdemirli added that 77% of Turkey's water is used for agricultural purposes. He underlined that 973 facilities were opened in the past three years, including 72 dams, 225 irrigation facilities, 80 ponds and dykes, and 46 potable water facilities.

The forum is expected to reach its goals in October. The main topics will be water efficiency, water law and politics and water security.