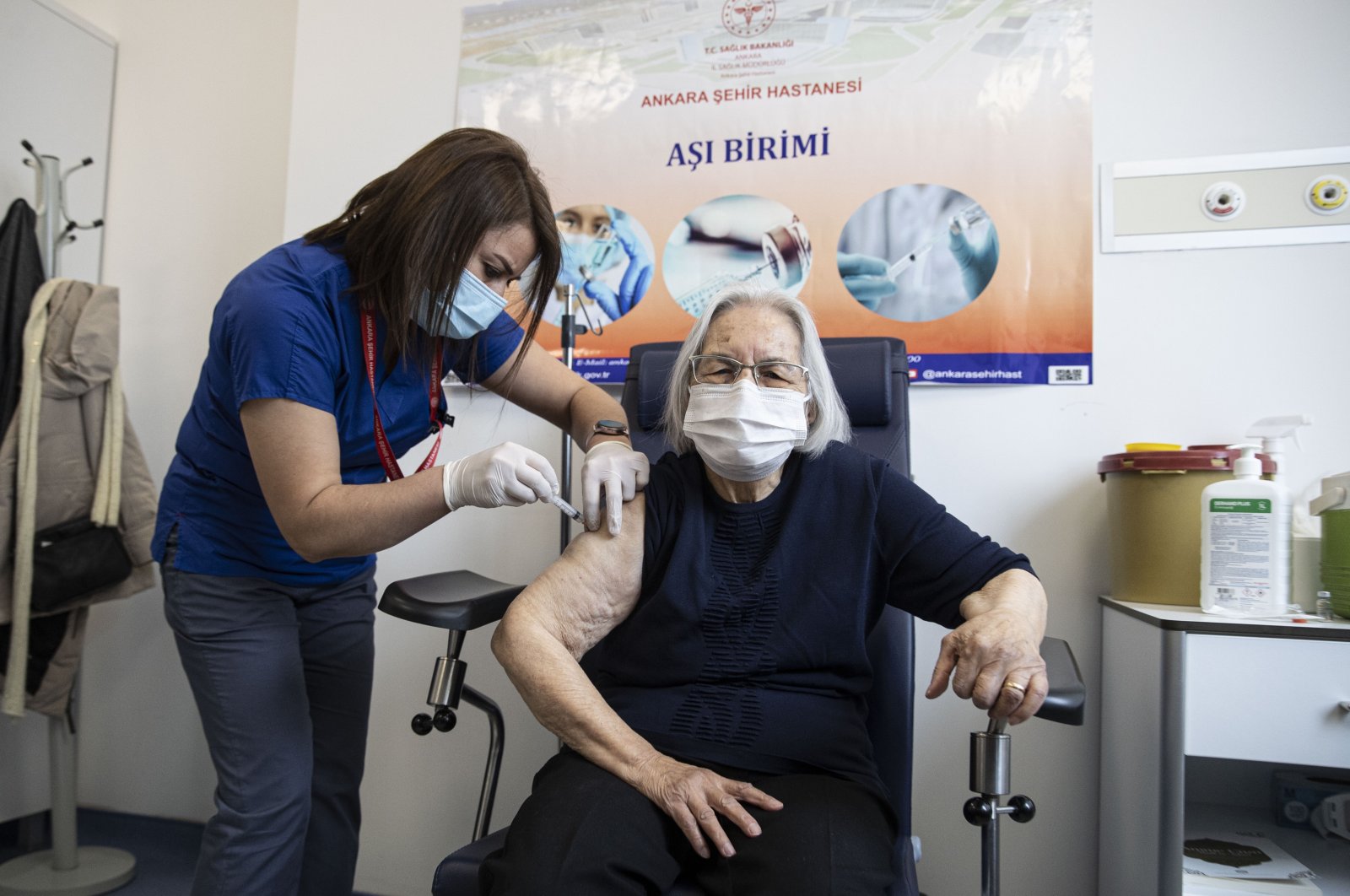 The number of those vaccinated against coronavirus exceeded 1.4 million in just two weeks in Turkey. Dr. Batry Berdyklychev, the World Health Organization's (WHO) representative to Turkey, recently hailed the country’s success in reaching out to millions in a short time.

He said that the country “really uses its national vaccination program and capacity strongly and efficiently.”

Turkey has been embattled with the coronavirus outbreak since the first cases were reported in March. Although it managed to control the outbreak and lifted some restrictions imposed due to the pandemic in the summer, cases surged in the autumn. The number of cases dropped again after restrictions were reintroduced in November. On Jan. 13, the country started mass vaccination with CoronaVac, imported from China.

Berdyklychev told Demirören News Agency (DHA) on Wednesday that the country pursued a “balanced approach” to the outbreak. “It has a balanced and comprehensive approach both in prevention and control of the outbreak. An efficient testing mechanism and modern contact tracing methods exist in Turkey. As WHO, it instilled in us hope to see more than 1 million people vaccinated in a very brief period,” he said. The official acknowledged that the country’s measures, including a 56-hour partial lockdown during weekends, nighttime curfews during weekdays, people adhering to the mandatory mask rule and social distancing helped reduce the number of cases. “Those strong measures and the vaccination campaign are efficient, and they should prevail,” he said. Berdyklychev said Turkey follows a priority program based on the WHO’s recommendations for vaccinations.

The Health Ministry on Monday received the second batch of CoronaVac, comprised of 6.5 million doses, and started inoculation of people aged 80 and above with doses from the first batch of 3 million doses that arrived last month. A total of 10 million doses is planned to be imported from China. The country also is discussing acquiring vaccines from other companies and countries.

“We have to inoculate as many people as possible to boost immunity and prevent severe cases. We know that the vaccine stunts development of the disease, but we do not have concrete data on whether it prevents the disease from spreading. Thus, caution is needed, and people should comply with hygiene rules,” Berdyklychev underlined.