Working hours back to normal for pandemic-hit restaurants, cafes in Turkey 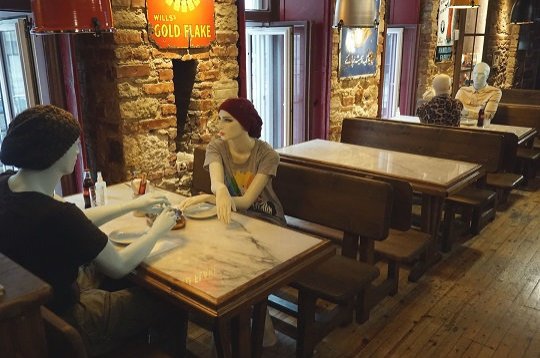 The government relaxed restrictions on the working hours of restaurants, cafes and similar establishments on Tuesday.

The Interior Ministry ordered governorates in 81 provinces to allow those businesses to return to their regular routines before the COVID-19 pandemic that forced the implementation of restrictions. They will be able to operate within the hours specified in regulations and licenses issued before the pandemic, which made its foray into Turkey in March.

After months of closure, restaurants and cafes reopened last month and were allowed to keep customers until 10 p.m. This was later extended to midnight.

Turkey confirmed 931 new COVID-19 cases and 17 deaths in the past 24 hours, Health Minister Fahrettin Koca said Monday. The total death toll has reached 5,508, while recoveries reached 203,002 with 992 additions, according to data shared by Koca. Over 43,000 tests were given over the last day, while the total tests conducted have reached 4,316,781.

Over the past week, the virus outbreak in Turkey appears to be stabilizing with less than 1,000 cases a day, after struggling with rising cases that plagued its normalization process that went into full swing last month. Increasing caseloads have been linked to the public's failure to comply with new rules, including wearing masks and maintaining social distance. Although Turkey eased a string of restrictions, from weekend lockdowns to intercity travel, the mask requirement and social distancing rules remain in place. Security forces routinely conduct inspections in crowded areas and mete out warnings to those without masks, sometimes imposing fines.