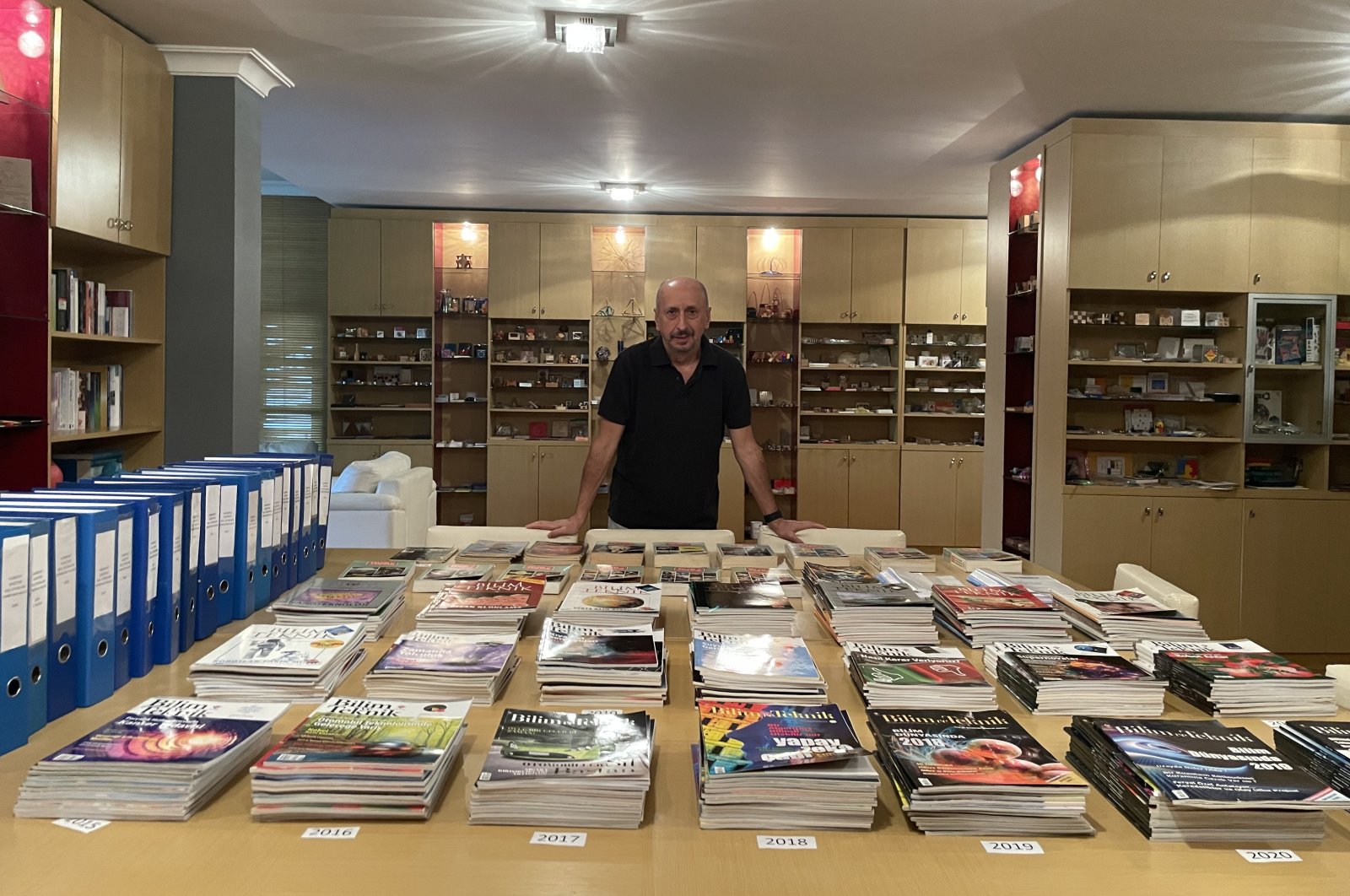 Emrehan Halıcı is a well-known name in Turkey's computer industry and politics. However, the 65-year-old former lawmaker stands out for another reason: his mind-bending puzzles, a staple in Turkey's leading science magazine Bilim Teknik.

He started the puzzle column in his youth, 43 years and six days ago to be exact, as certified by the Guinness World Records. Halıcı officially received his Guinness certificate as the world's longest-serving puzzle columnist on Tuesday from President Recep Tayyip Erdoğan at a science awards ceremony held by the Scientific and Technological Research Council of Turkey (TÜBİTAK), which also publishes the magazine.

Halıcı, who currently serves as the chair of the Turkish Intelligence Foundation, began his puzzle quest while he was a student at the prestigious Middle East Technical University (METU) in the capital Ankara. An avid fan of puzzles back then, he was a regular reader of Bilim Teknik as well.

"But I did not like the fact that all puzzles were translated from foreign-language magazines," he told Anadolu Agency (AA) in an interview on Wednesday. When the magazine's editor-in-chief approved his request to contribute with Turkish content, his column was started.

His "Intelligence Games" column came out with puzzles on chess and later expanded to diverse brain-teasers and continued for more than four decades. Halıcı did not skip a single monthly column though he was busy with other jobs, from running a computer company to serving as a lawmaker for the Democratic Left Party (DSP) and Republican People's Party (CHP) and organizing the first music contest for computer-generated music in the country. Over the years, he developed a bond with his readers, who would send him new puzzles in the post or by fax. He still corresponds with his readers but now through his social media accounts.

Since 2003, Halıcı has continued to compile a puzzle column for Hürriyet newspaper under the title "Mind Games," but that has yet to break any records. Still, he says he wants to continue "this beautiful occupation and service as long as I can. Sometimes, I come across people who tell me they grew up solving my puzzles and benefited much from them. Some tell me their grandchildren are now solving them and this makes me emotional and proud."

His columns have been published as books and more than 20,000 of his puzzles have been published both in Turkish and international publications. An electrical engineering graduate, Halıcı has been involved in intelligence-developing activities throughout his lifetime and also contributed to the popularization of chess when he served as president of the Turkish Chess Federation.