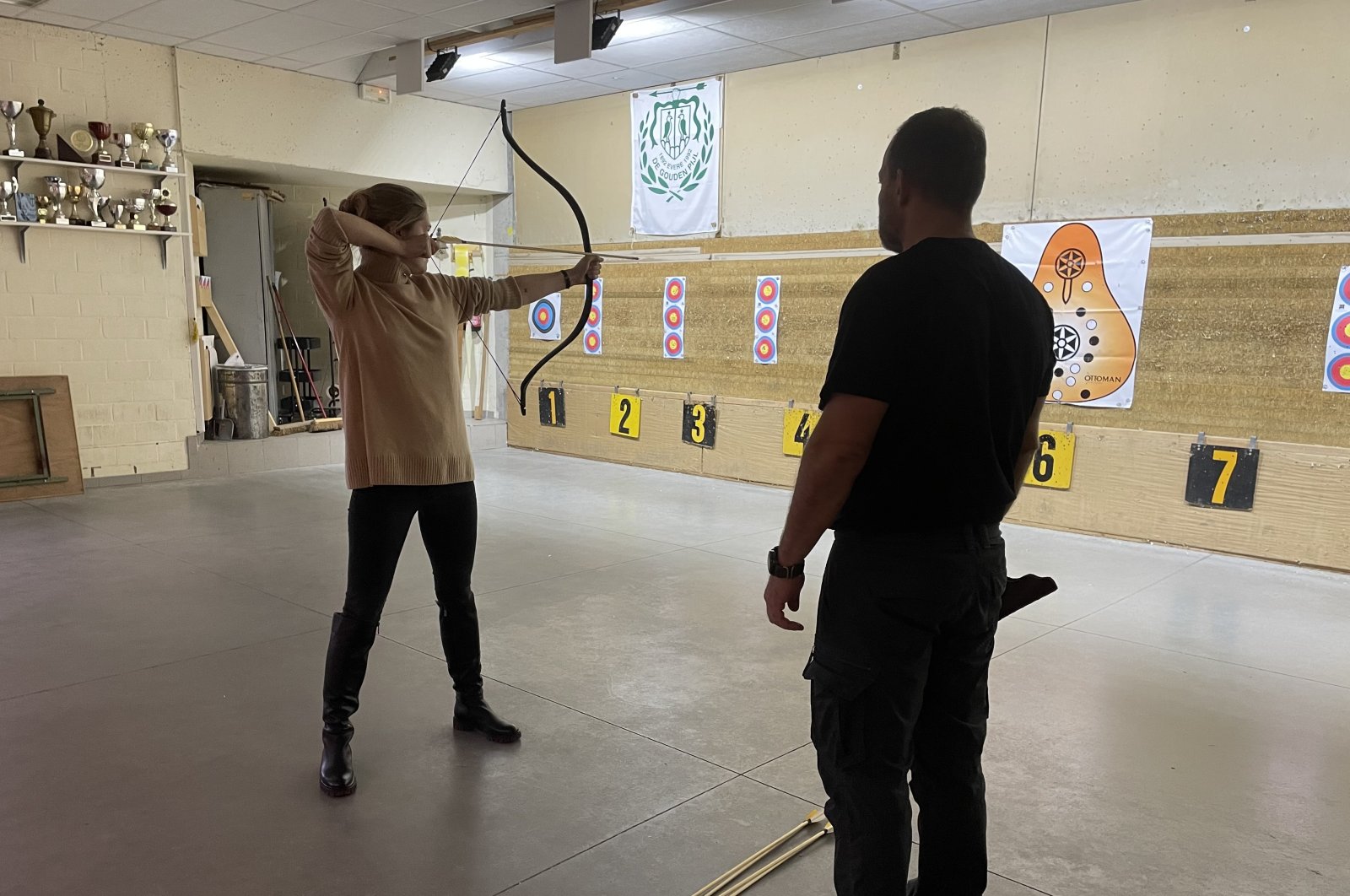 The Kemankes (Archer) Project was launched jointly by the two organizations to strengthen friendship and cultural relations between the Turkish and European people.

The importance of archery and its relevance in Turkish history and culture was discussed at the event, attracting people of all ages.

At the end of the event, where most of the participants had their first experience of shooting arrows, sets of bows and arrows were presented to those who succeeded.

Laura Batalla Adam, secretary-general of the European Parliament's Turkey Forum, said she tried to shoot an arrow while attending the event for her personal interest.

"It was difficult, but I enjoyed it," she said.

Pointing out that such events are important for building bridges between the Turkish and European people, bringing Turkey and the European Union closer and improving cultural relations, Adam said, "it is good to see that there has been an increase in organizations recently that we can call 'soft diplomacy'."

Noting that it is important in this context that YEE offers Turkish lessons in Brussels, she said she also took lessons to learn Turkish before.