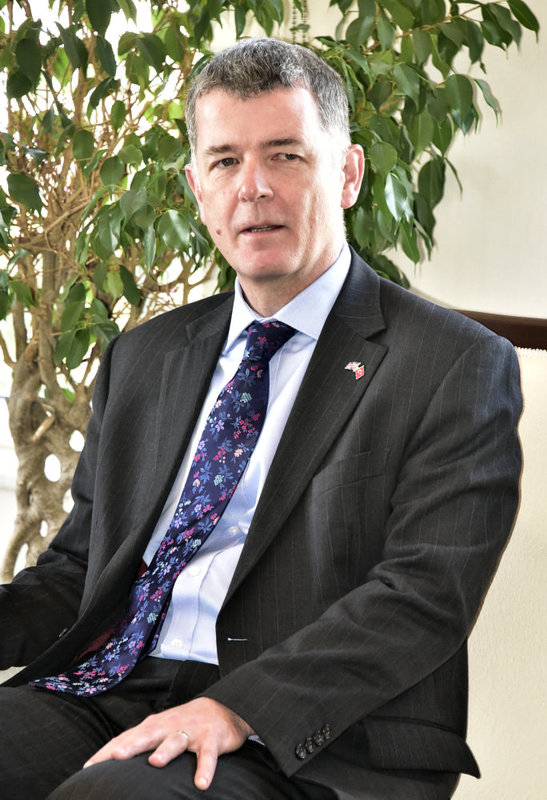 by Daily Sabah May 17, 2016 12:00 am
U.K. Ambassador, Richard Moore, said on Monday that the PKK terrorist organization, which perpetrated a bombing on March 13 in Ankara, cannot be considered as legitimate.

Responding to a claim on Twitter that the PKK fights in "self-defense," Moore recalled the bombing which killed 35 people and wounded many, and asked: "Since when did blowing yourself up in Kızılay & killing more than 30 innocent bystanders count as self-defense?"

.@KobaneBerxudan @sebkihindi Since when did blowing yourself up in Kızılay & killing more than 30 innocent bystanders count as self-defence.

He also reiterated that the attack was launched by the PKK and killed Turkish civilians rather than military servicemen.

In its terror attacks against Turkish security forces, PKK often kills civilians. In its bloody history, the group has also targeted civilians many times, usually labeling them as "traitors" or "degenerate Kurds aligning with the Turkish state," even though the overwhelming majority of Turkey's Kurdish-origin citizens stand strong against PKK terror and want the militants out of their hometowns.