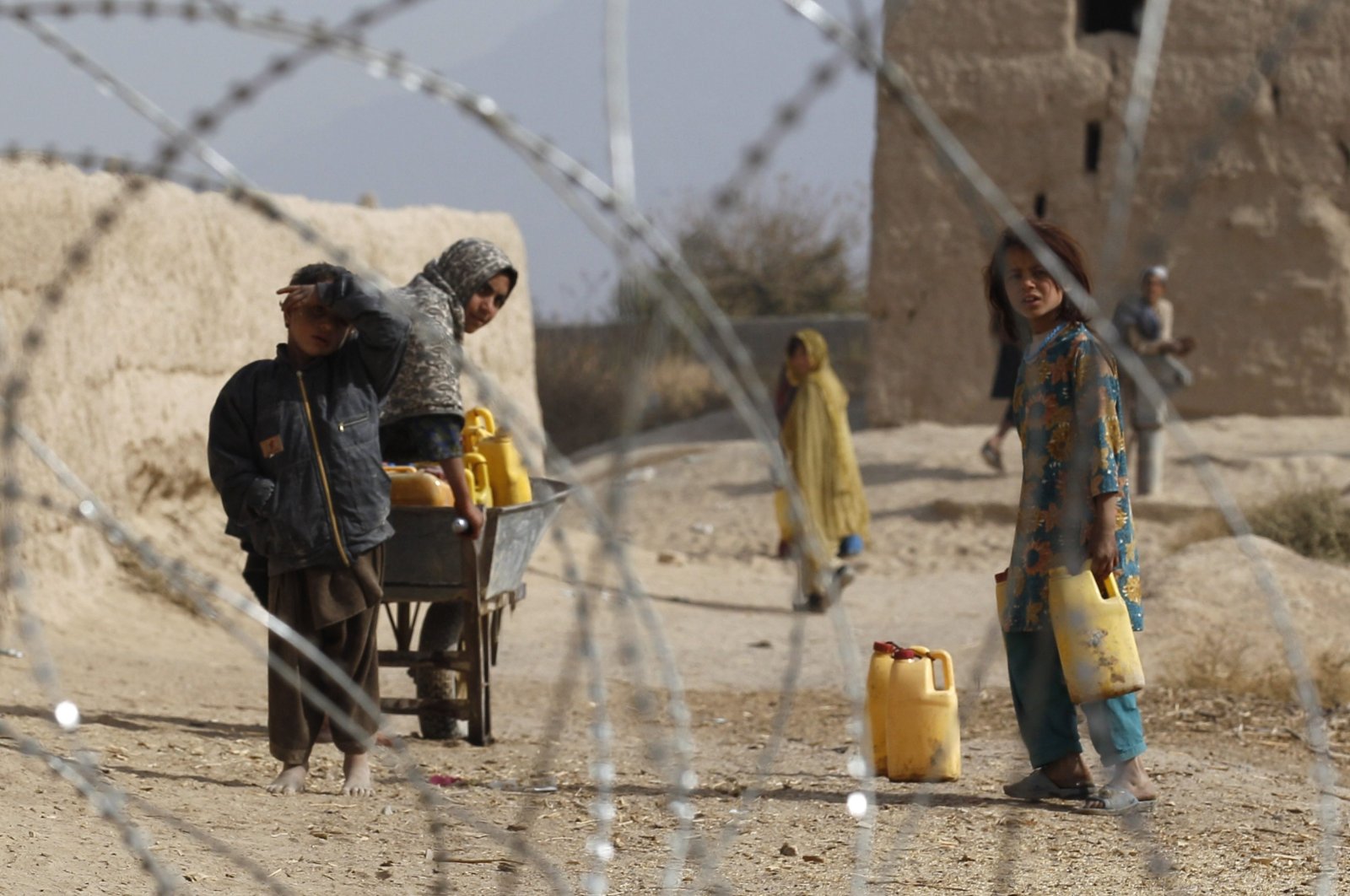 Afghan children look from behind razor wire at an outpost in Zhari district in Kandahar province, Afghanistan, Nov. 20, 2010. (Reuters Photo)
by DAILY SABAH WITH AA Jul 23, 2020 11:36 am
RECOMMENDED

Some 40 million children globally, over half of them from South Asia, have missed out on early childhood education due to the coronavirus pandemic, a United Nations report said, adding that even before the pandemic, the situation had been described as "a global childcare crisis."

"At least 40 million children worldwide, of which nearly 22 million are from South Asia, have missed out on early childhood education in their critical pre-school year as COVID-19 shuttered child care and early education facilities,” the United Nations International Children's Emergency Fund (UNICEF) said in a new research briefing on Wednesday.

According to UNICEF Executive Director Henrietta Fore, education disruptions caused by the COVID-19 pandemic are preventing children from getting their "education off to the best possible start."

“Child care and early childhood education build a foundation upon which every aspect of children’s development relies. The pandemic is putting that foundation under serious threat," Fore said.

Describing early childhood education as foundational in helping children reach their full potential, the findings warn of jeopardizing the futures of millions of children especially in South Asia in case of any failure to act accordingly for the proper care of these children.

"Children are among the hardest hit by the COVID-19 pandemic in South Asia. Prolonged school closure and limited access to distant learning has deprived children of their universal right to education,” said Jean Gough, UNICEF regional director for South Asia.

Referring to the most critical condition of the low and mid-income countries, the findings added, "In 54 low- and middle-income countries with recent data, around 40% of children aged between 3 and 5 years old were not receiving social-emotional and cognitive stimulation from any adult in their households.”

The report said that over 35 million children under 5 years old are sometimes being left without adult supervision due to economic pressures on parents to work.

To alleviate the crisis, the research recommends parental leave for all parents so that there is no gap between the end of parental leave and the start of affordable childcare; flexible work arrangements that address the needs of working parents; and investment in the nonfamily childcare workforce, including training and social protection systems such as cash transfers that reach families working in informal employment.

Less than half out of 166 countries provide tuition-free pre-primary programs of at least one year, dropping to just 15% among low-income countries.