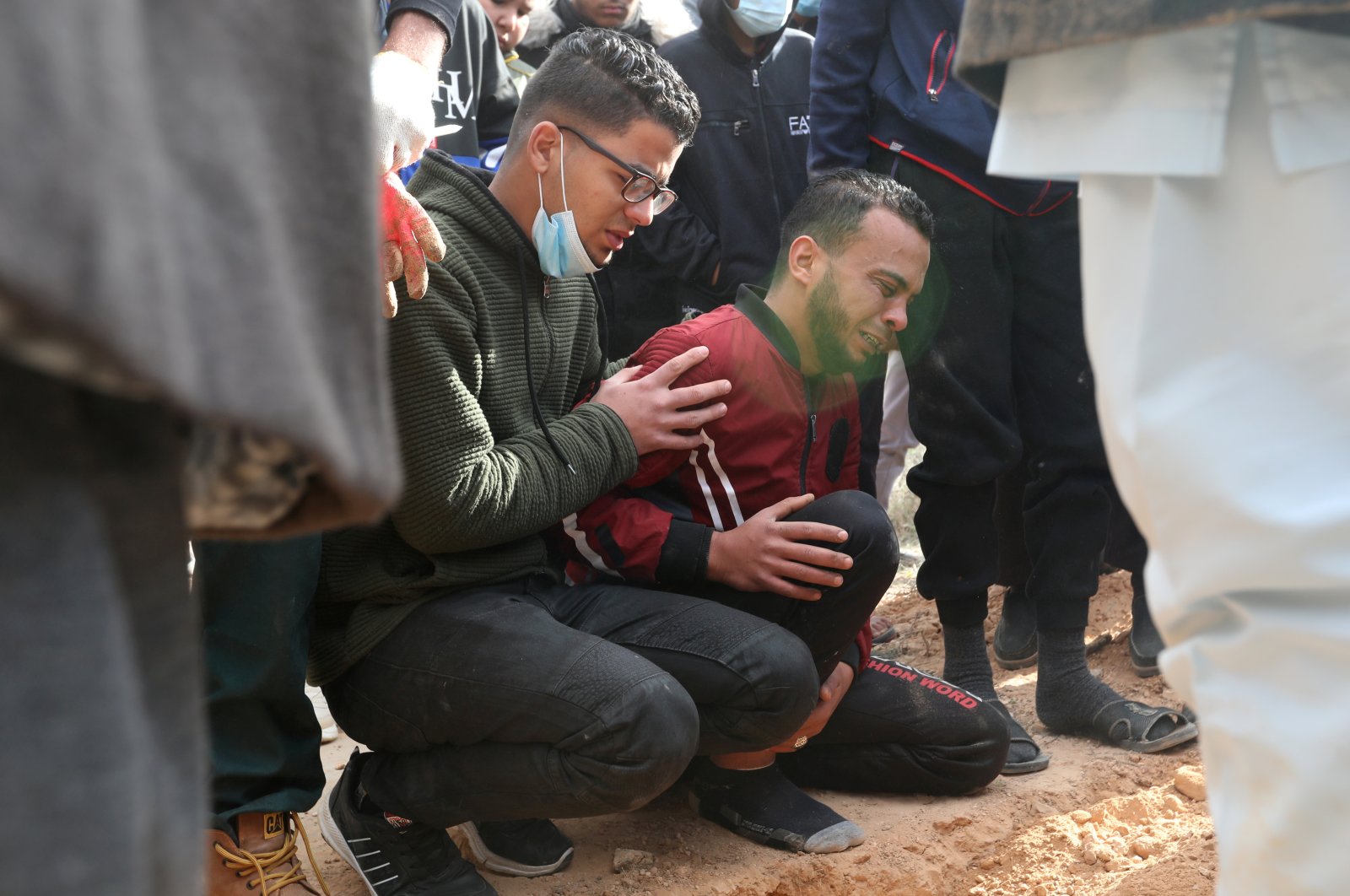 Forensics teams in war-shattered Libya have discovered 10 more bodies in mass graves in a once pro-putschist Gen. Khalifa Haftar militia-controlled town outside the capital Tripoli, a statement released by the internationally recognized Government of National Accord (GNA) said Thursday.

"Three bodies were blindfolded and their wrists bound," the GNA's interior ministry said in a Facebook post on the latest grisly find at Tarhuna, 80 kilometers (50 miles) southeast of Tripoli.

The United Nations had voiced "horror" when the mass graves were first discovered last June. Since then, more than 120 bodies have been exhumed there, including women and children, following the latest finds.

The discovery last June came a day after the withdrawal of eastern-based Haftar forces from the town.

Haftar had used Tarhuna as the main staging point for an ultimately failed attempt to seize the capital in a military offensive launched in April 2019.

"Four bodies were exhumed from the grave in the Alrabet 2 project area in the city," Lutfi Tawfiq, the director of the General Authority for Research and Identification of Missing Persons, told Anadolu Agency (AA).

New York-based Human Rights Watch (HRW) said more than 300 people had been abducted or reported missing in the past in Tarhuna, which is now back under GNA control.

It also urged the GNA to investigate the fate of the hundreds of missing people.

The city of Tarhuna, a gateway to Libya’s center and east, had for years been controlled by al-Kaniyat militia run by the local al-Kani family, which fought alongside Haftar’s eastern-based illegitimate forces. It adopted the name 9th Brigade when the militia joined forces with Haftar.

The Libyan conflict pitted the GNA, recognized by the United Nations and mainly backed by Turkey, against the eastern-based administration of Haftar, supported by Egypt, the United Arab Emirates (UAE) and Russia.

A cease-fire was signed in October, and the rival camps have since agreed to a U.N.-sponsored political dialogue, with presidential and legislative elections scheduled for later this year.

The Libyan government has repeatedly called on the U.N., the International Criminal Court (ICC) and human rights groups to demand an international investigation into the mass graves.